Students should refer to The High Court and Subordinate Courts Class 10 ICSE notes provided below which has been designed by ICSE Class 10 Civics teacher based on the latest syllabus and examination guidelines for ICSE Class 10 Civics. You should carefully read through and understand all topics of this chapter given below so that you can learn the concepts given in Chapter The High Court and Subordinate Courts which will be very useful if you use them prior to your Civics exams.

Composition –
Each High Court consists of a Chief Justice and such other judges as the President of India may appoint.
The President has the power to appoint:
1) Additional judges for a temporary period not exceeding two years, for the clearance of arrears of work in a High Court.
2) An acting judge when a permanent Judge (other than the Chief Justice) is temporarily absent or unable to perform his duties or is appointed to act temporarily as Chief Justice. The acting judge holds office until the permanent Judge resumes his office.

POWERS AND JURISDICTION OF HIGH COURT

Original Jurisdiction –
High Court has original jurisdiction in the following cases:
1) Matters relating to state revenue and its collection
2) Cases regarding wills, divorce, marriage, company law, etc.
3) Every High Court has the power to interpret the Constitution. This power is brown as the power of Judicial Review.
4) Along with the Supreme Court, it enjoys original jurisdiction for the enforcement of Fundamental Rights. It can issue writs for the enforcement of Fundamental Rights.

Appellate Jurisdiction –
High Court has the power to accept appeals against the decisions of District Courts, in civil as well as criminal matters.

1) Civil cases
Appeals can be brought to the High Court:
(i) In matters concerning land revenue
(ii) In cases where a blatant injustice has been committed by any Tribunal

2) Criminal cases
In criminal cases appellate jurisdiction consists of appeals:
(i) Against the judgement of a sessions judge or an Additional Sessions Judge, where the sentence of imprisonment exceeds 7 years.
(ii) Against the judgement of an Assistant Sessions Judge, the Chief Metropolitan Magistrate or other Judicial Magistrates, where the sentence of imprisonment exceeds 4 years.
(iii) A sentence of death must be confirmed by the High Court before it can be carried out.

FUNCTIONS OF THE HIGH COURT

1) Settlement of Disputes: High Courts have original and appellate Jurisdiction in the settlement of disputes.

3) Advisory Jurisdiction: High Courts can advise any Government department, legislative or the Governor, if they seek it, on matters of law.

4) Revisory Jurisdiction: High Court can call for the record of a case which has been decided by a Subordinate Court.
A revisory Jurisdiction is applicable in the following cases:
a) Injustice or an error of law apparent on the face of the record
b) Violation of the principles of natural justice
c) Arbitrary authority leading to wrong judgements

SUBORDINATE COURTS
Subordinate Courts are the courts, which function at the district level and below.

Every State has 3 types of Courts:
1) Civil Courts 2) Criminal Courts 3) Courts of Revenue

1) Civil Courts – Exercise Jurisdiction in the cases related to land, property and money transactions, arbitration, marriages, divorce and cases involving a will. These include:
(i) The court of the District Judge
(ii) Court of Civil Judge
(iii) Munsif’s Court
(iv) Court of Small Causes

3) Courts or Revenue – deal with cases related to land records and the assessment and collection of land revenue.
These include:
(i) Board of Revenue
(ii) Commissioner’s Court
(iii) Collector’s Court
(iv) Tehsildar’s Court

LOK ADALATS
It means ‘People’s Court’. These were set up by Legal Services Authorities Act, 1987 as a legal forum for speedy disposal of cases.

Advantages of Lok Adalats:
1) Lok Adalats deliver fast and inexpensive justice.
2) They reduce the workload of other courts enabling them to deal with more serious matters.
3) Lok Adalats promote social justice by providing legal aid to weaker sections of society.
4) Lok Adalats settle family feuds, disputes between the neighbours, minor cases of assault and injury by settling the disputes through compromise. Since the Lok Adalats work in the spirit of compromise and understanding, both the parties feel satisfied.

DIFFERENCE BETWEEN COURT OF THE DISTRICT JUDGE AND SESSIONS COURT 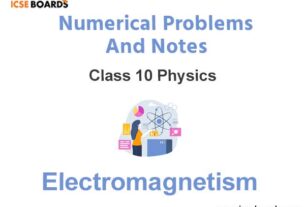