Students should read the Commercial Banks ICSE Economics Class 10 notes provided below. These revision notes have been prepared based on the latest ICSE Economics Books for Class 10 issued for the current academic year. Our teachers have designed thee notes for the students are able to understand all topics given in Economics in standard 10 and get good marks in exams

Students can refer to the quick revision notes prepared for Chapter Economics Commercial Banks in Class 10 ICSE. These notes will be really helpful for the students giving the Economics exam in ICSE Class 10. Our teachers have prepared these concept notes based on the latest ICSE syllabus and ICSE books issued for the current academic year. Please refer to Chapter wise notes for ICSE Class 10 Economics provided on our website.

A commercial bank is a financial institution which provides services such as accepting deposits, giving business loans, mortgage lending and basic investment products such as savings account and certificates of deposit.

The role of commercial banks in industrial and commercial life of a country:

Bank deposits form the basis for credit creation. Banks accept deposits from the public by opening a deposit account known as the primary deposit. Banks do not hold the money in the account itself and the entire amount is not withdrawn from the account at the same time. So, they advance loans to business people and retain only a small portion of the total deposits in the bank. The Central Bank decides the amount to be held in the form of cash. This is called the cash reserve ratio.

Limitations of a Commercial Bank to Create Credit

Classification of Commercial Banks in India

Commercial banks in India are classified on the basis of two aspects. They are 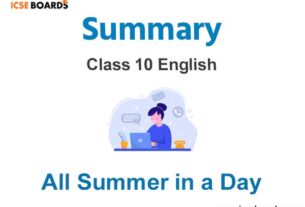 All Summer in a Day Summary ICSE Class 10 English 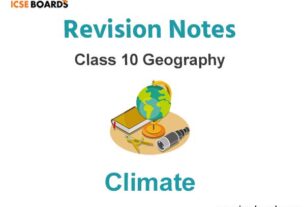