Question: Why is rainwater harvesting is important in India?
Give two reasons.

Answer: (i) High demand of water due to increasing population is leading to the lowering of the ground water levels.
(ii) Rainfall in India is seasonal, erratic and unreliable and thus the farmers cannot wholly depend on rain.
(iii) More than 90% of water is utilized for irrigation.
(iv) The Industries also utilizes a lot of water and pollutes it too.

Question Study the diagram below an answer the questions that follow-

Answer: (i) Rainwater Harvesting
(ii) 1. Harvesting surface and groundwater,
2. Prevention of losses through evaporation and seepage,
3. Other techniques aimed at conservation and efficient utilization of limited water endowment.

Answer: (i) It is a technique of increasing the recharge of ground water by capturing and storing rain water.
(ii) To make water available for future use. To avoid flooding of roads.

Question: (i) Why is the world in danger of facing a severe water shortage in the coming future? Give two reasons to support your answer.
(ii) State one measure the Government should adopt to handle the present water crisis.

Answer: Any three of the following:
(i) The growth of population has resulted in water scarcity.
(ii) Deforestation has led to drought and reduction of rainfall.
(iii) The underground water has been exploited and the water table has been Lowered.
(iv) Much of the water is used up for cultivation Water is required also for industries.
(v) Much of both the ground water and the surface water has got polluted.

Importance and Methods of Irrigation

Question: Why are perennial canals more useful than inundation canals?

Question: Name one state where canal irrigation is popular.

Question: Name a state where:
(i) Tube wells are common.
(ii) Tank irrigation is popular.

Question: Name two states in which well irrigation is widely

Question: Mention one advantage of well irrigation in India.

Answer: It is less expensive and can be dug anywhere where the soil is soft.

Question: Give a reason for the significance of irrigation in:
(i) Punjab
(ii) Rajasthan

Answer: (i) Significance of Irrigation in Punjab-
1. Availability of water is highly uneven and variable.
2. It is an agricultural state and along with wheat rice is cultivated at a large scale.
(ii) Significance of Irrigation in Rajasthan-
1, Rajasthan lies in the semi-arid region with less than 25 cm of rainfall.
2. The groundwater level is available only at a depth of 30 to 60 m.

Question: “Without irrigation, development of agriculture is difficult in India.” Clarify the statement by giving two reasons.

Answer: Rain occurs mainly in four months Some crops like rice and sugarcane need more water. To cater to increasing demand of food and cash crops there is a need to grow crops all the year round.

Question: Mention two factors which are essential for the development of tube well irrigation.

Question: State two reasons why irrigation is important to a country like India.

Question: Why is well irrigation still a popular means of irrigation? Give two reasons to support your answer.

Answer: Well irrigation is still popular as it is cheap/easy to construct/occupies a small area/control of water is in the hands of the farmer / Can be dug at any convenient place/ Independent source of Irrigation.

Answer: Surface wells rely on ground water and not on rivers to flood. They can be dug anywhere on the
farm and the farmer will have water even if he is not too close to a river/cheaper

Question: Name two states in which tube wells are extensively used. Give a reason to explain its importance as a
source of irrigation.

Answer: Two states- Uttar Pradesh and Punjab
Its importance-
(i) Less expensive and a reliable source of irrigation.
(ii) Can be dug anywhere where the soil is soft.

Question: Why are inundation canals converted to perennial canals? Give two reasons.

Answer: Two disadvantages of tank irrigation are-
(i) In the absence of rainwater during dry season, the tanks become dry and fail to provide water for irrigation.
(ii) Due to deposition of sediments, the tanks get silted up soon and desilting is necessary for making irrigation suitable which is expensive.
(iii) Tanks occupy large fertile areas which otherwise could be used for agricultural purposes.

Question: How are tube-wells beneficial to farmers in North- India?
Ans. (i) Large amount of underground water is easily available.
(ii) It is reliable during dry season when the surface water dries up since the tube well is drilled upto the permanent water table.

Ans. Four disadvantages of tank irrigation in South India-
(i) Deccan Plateau is made up of hard impermeable rock which does not allow the rainwater to percolate underground.
(ii) The Deccan Plateau is highly dissected and has many natural hollows and depressions.
(iii) In the absence of rainwater during dry season, the tanks become dry and fail to provide water for irrigation.
(iv) Since tanks are very extensive and shallow, huge quantities of stored water go waste as it gets evaporated or sinks underground.

Answer: (i) (i) Uncertainty of rainfall.
(ii) Uneven distribution of rainfall.
(iii) Requirement of different quantities of water for various crops for their growth.
(iv) Dependent of crops on the nature of soil.
(v) Utilization of river water effectively.
(vi) To increase or maximize production.
(ii) Soft soil and flat level land.

Question: (i) State one advantage of tank irrigation. Where is it commonly used in India?
(ii) What is tube-well? Why is it useful during drought conditions?
(iii) How is the new method like drip irrigation useful for the farmers?

Answer: (i) (i) It is inexpensive as they are mostly natural.
(ii) It is highly beneficial in the uneven rocky plateau of Deccan since rainfall is seasonal.
(iii) It is highly significant because it stores the abundant rainwater and reduces the waste of the excessive flowing water. Tank irrigation is commonly used in South India like Andhra Pradesh, Telangana, etc.
(ii) Tube wells are deeper wells from where the water is lifted from a great depth of 20-30 m by the use of power pumps. It is reliable during dry season when the surface water dries up since the tube well is drilled unto the permanent water table.
(iii) It supplies the water to the roots of the plants slowly through pipes, valves, tubing etc. and thus saves water and fertilizer. This helps in the reduction of evaporation.

Question: Give one Geographical reason for each of the following:
(i) Sprinkler irrigation is practiced in arid and semi-arid regions.
(ii) A tube well should be installed in a fertile and productive region.
(iii) Canal irrigation is most suitable in the Northern Plains.

Answer: (i) It is so because it is water saving as there is no loss of water through seepage or evaporation.
(ii) It is able to irrigate a larger agricultural land and a large amount of underground water is easily available.
(iii) It is because Northern plains have a good network of perennial rivers which supply water to the canals throughout the year.

Question: Give one reason for each of the following:
(i) The Northern Plain of India is found suitable for canal irrigation.
(ii) Tank irrigation is an important method of irrigation in Karnataka.
(iii) Although expensive, yet, sprinkler irrigation is gaining popularity in recent times.

Answer: (i) Canal irrigation is popular in Northern plains because it has perennial rivers and land is soft enough for canal to be constructed from the rivers to the fields.
(ii) Being in Deccan region Karnataka has natural depressions and hard sub surface rocks which make tank irrigation important.
(iii) As it helps to conserve water.

Question: Give one geographical reason for each of the following statements:
(i) Irrigation is necessary despite the monsoon.
(ii) The drip method of irrigation is the best among all modern methods of irrigation.
(iii) Canal irrigation leads to the ground around it becoming unproductive.

Answer: Any one geographical reason of the following:
(i) The rainfall is erratic; It is seasonal It is unevenly distributed over the land Some crops require more water than the
amount provided by the rain. Some crops need water during the period when there is no rain.
(ii) No loss of water through evaporation. Judicious use of water with no wastage The flow of water can be customised so as to be beneficial to each crop.
(iii) Percolation of water through the canals can lead to swamps Alkaline salts from the water table below can reach the surface and make the soil unproductive Due to water logging the capacity of the soil to absorb water decreases and the water which then collects can ruin the crop.

Answer: (i) Punjab and Haryana
(ii) Two reasons are-
1. There are a number of perennial rivers.
2. In these states large tracts of land are under cultivation which requires water throughout the year for irrigation.

Question: Where are tanks most widely used in India and why?

Answer: Tanks are widely used in Andhra Pradesh, Tamil Nadu and Karnataka. Tanks are mainly used in South India because-
(i) The regions of South India are uneven, hard and consist of rocky surfaces with many natural depressions.
(ii) The rivers are non-perennial and dependent on rain.
(iii) Due to hard underlying rocks the surface is impervious and do not percolate water beneath the earth’s surface.

Question: Give two advantages and one disadvantage that tube wells have over surface wells.

Answer: Two advantages are-
(i) It is able to irrigate a larger agricultural land.
(ii) Large amount of underground water is easily available.
(iii) It is reliable during dry season when the surface water dries up since the tube well is drilled upto the permanent water table.
One disadvantage is-
(i) It is costly as it requires regular supply of electricity.
(ii) Irrigation is not possible if the underground water level is low.
(iii) Excessive use of tube well leads to lowering of groundwater level. 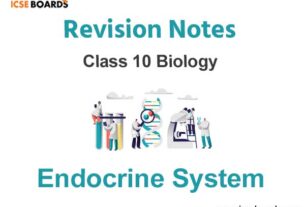 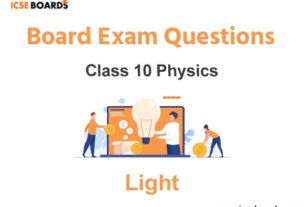 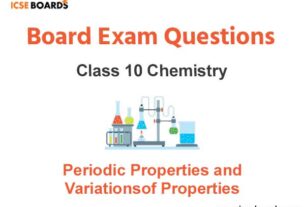