ICSE Students can refer to Hearts and Hands Summary ICSE below which has been prepared by expert English teachers of ICSE as per that latest syllabus and guidelines issued by ICSE. These Chapter summaries have been prepared to help students to understand the entire chapter easily. You can also refer to more study material for ICSE Class 10 on our website

We have provided below a summary of Chapter Hearts and Hands. This is an important chapter in Standard 10th ICSE English. The summary provided below has been prepared by expert English faculty for ICSE based on the latest ICSE books. You should refer to all Chapter Summaries ICSE Class 10 English which will help you to understand all chapters and to get more marks in exams.

O. Henry (11 September 1862 – 5 June 1910), was born under the name of, William Sydney Porter. During his early age he was imprisoned with a charge of embezzlement of bank funds. There he started writing to support his daughter and when he emerged from the prison, W. S. Porter had become O. Henry. This American short story writer has a good collection of stories which are well-known throughout the world for their clever word play and surprise endings. His first book was, ‘Cabbages and Kings’ (1904). His other famous works being, ‘The Four Million’ (1906), ‘The Trimmed Lamp’ (1907), ‘Heart of the West’ (1907), ‘Voice of the City’ and ‘Whirligigs’ (1910) etc.

‘Hearts and Hands’, like many of O. Henry’s short stories, have an unexpected twist. It is a story about two acquaintances who coincidentally, meet on a train. A woman, Miss Fairchild, spots an old friend Mr. Easton on a train B. & M. Express in Denver.
Miss Fairchild, an elegantly dressed woman, was travelling with all rich comforts. When Mr. Easton, a handsome young man with a bold look, entered the coach with a grumpy, strong and roughly dressed man. They sat down on the seat facing the lady. Miss Fairchild blushed on seeing Mr. Easton, she started talking about their old friendship but is suddenly surprised to discover that her friend was handcuffed to the other man seated beside him.
The other man, comprehending the situation, comes up with an explanation. He tells that Easton is a Marshal and is taking him to the prison at Leavenworth as he had been charged with seven years of imprisonment for counterfeiting.
As the conversation advances, the lady feels amazed to know that Mr. Easton has discarded his life in Washington to become a Marshal in the West. Though she continues to chat but is little uneasy with the handcuffs. Sensing her discomfort, the other man again interrupts and tells her that she need not worry, smart Marshal like Easton, handcuffed themselves to their prisoners to stop them from escaping.
Suddenly making an excuse of smoking, the man requests Mr. Easton to take him to the smoking room.
Then we get to know the special twist of the story from the two passengers who were eves dropping to their chats. One of them remarks on Mr. Easton’s appearance, saying he is too young to be a marshal, while the other corrects him saying that, it’s Easton who is the counterfeiter while the other one is the Marshal because Marshal’s never handcuff a man with their right hand.

As they passed down the aisle ……… was accustomed to speak and be heard.

Question. Who were the two new passengers that entered the train?
Ans. One was a handsome person. He seemed to be bold with frank face and manner. The other was a ruffled, glum-faced person. He was heavy built and roughly dressed.

Question. Name the young woman in the coach. Just before the extract, what is said about her?
Ans. Miss Fairchild. Miss Fairchild is described as an elegantly dressed, pretty young woman who loved travelling and had all the luxuries.

Question. Describe the reaction of the young woman on seeing the two men.
Ans. At first, the young woman saw them indifferently with a ‘distant swift disinterest.’ As soon as she recognized Mr. Easton, she smiled at them and started conversing.

Question. Whose voice roused him? Why?
Ans. Miss Fairchild’s voice roused him. This is because she had a full, sweet and deliberate voice and was accustomed to be heard. Also, she addressed him by his name.

Question. What is the embarrassment all about?
Ans. Mr. Easton is embarrassed because he is handcuffed and also he did not expect anyone on the train to recognize him.

Question. What makes the story interesting? Why?
Ans. O’ Henry’s ‘Hearts and Hands’ is interesting as the story deals with the compassion of a marshal for his convict and also the relationship of an elegant lady with her old acquaintance. The lady becomes interested in talking to her acquaintance and figuring out why he has left his luxurious life in Washington but is embarrassed to find out that he is handcuffed. To prevent them both from embarrassment, the grim looking man says that he is being escorted to Leavenworth prison by Mr. Easton. In the end which is full of surprise we come to know that the grim looking man is actually the marshal. Through his story he brings out the themes of kindness, compassion and that appearances can be deceptive.

“My dear miss fair child……… that of ambassador, but“-

Give the meaning of:

Question. Money has a way of taking wings unto itself:
Ans. Money has the ability to make one feel respected and dignified. Money can make one fly and soar high.

Question. To keep step with our crowd:
Ans. To compete with the crowd or to feel one with the high class society in Washington.

Question. What is the role of the Marshal in the story?
Ans. The Marshal is described to be a grim looking man who is taking a convict, Mr. Easton to Leavenworth prison. As Mr. Easton meets Miss Fairchild, and she shows her interest in him but gets discouraged and horrified looking at the handcuff. The Marshal lies to her saying that he himself is the convict and Mr. Easton is the Marshal. A marshal takes the convicts to prison and punishes them. But he knows that criminals are also human beings and therefore he has his compassion for Mr. Easton which makes him lie and then further saves him by telling another lie that he needs to smoke and therefore needs to leave the coach. He does this to prevent them from further embarrassment. The human side of the marshal is presented in the story. He may look to be a grim looking man, but he has a golden heart, he feels for others and does his own bit to help others.

The girl’s eyes, fascinated, went back…………my butterfly days are over.

Question. Why were the girl’s eyes fascinated? Who were handcuffed?
Ans. The girl was fascinated with the handcuffs. Easton was handcuffed to the marshal, because he was being taken to the Leavenworth prison for counterfeiting.

Question. Why did the glum-faced man say, “Mr. Easton knows his business’?
Ans .Miss Fairchild was glaring at the handcuffs. The glum-faced man asked her not to worry as it was Mr. Easton’s business as a marshal to handcuff the convict to keep from getting away.

The two men sidled down the aisle…………a prisoner to his right hand?

Question. What reason did the glum-faced man give for his going for a smoke?
Ans. The glum-faced man said he was in need of a drink and a smoke. He asked Mr. Easton to accompany him to the smoker car as he was ‘half dead for a pipe.’

Question. Which passengers are referred to?
Ans. The passengers referred to are the ones who overheard the conversation between Miss Fairchild, Mr. Easton and the Marshal.

Question. Why is the marshal considered as a good sort of chap?
Ans. The human side of the marshal is presented in the story. He may look to be a grim looking man, but he has a golden heart, he feels for others and does his own bit to help others, he is a dutiful as well as a compassionate man. He lied on two occasions to save Mr. Easton and Miss Fairchild from embarrassment. 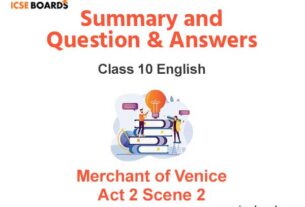 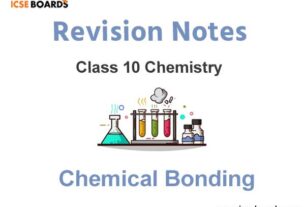