ICSE Class 10 I Know Why the Caged Bird Sings Summary

Students should refer to the summary provided below for I Know Why the Caged Bird Sings, this is an important chapter in ICSE Class 10 English book. You can refer to all Treasure Trove Poem Summary provided on our website. These have been prepared based on the latest books and syllabus issued by ICSE.

The Poem:
‘I Know Why the Caged Bird Sings’ by Maya Angelou was first published in her book ‘Shaker, Why Don’t You sing’ in 1983. Inspired by Paul Laurence Dunbar’s poem ‘Sympathy’, the poetess has presented a contrasting picture of slavery and freedom and this picture alludes metaphorically to the differences between whites and South Americans during the Civil Rights era and the indiscrimination, racism and hatred towards The South Americans.

The Poetess:
Maya Angelou was born on April 4, 1928 in St. Louis, Missouri in America. Her brother Bailey gave her the name Maya. At the age of three, her parents divorced and she had to go to live with her grandmother in Arkansas which was at that time a racist society and from the very childhood she experienced great raciest discrimination, brutality and at the age of seven, because of an assault, she lost her voice which was the result of trauma. Her teacher Bertha Flowers’ efforts inspired her to write poetry and gradually she found her voice. Once started she never stopped. She was a celebrated poet, novelist, memoirist, dramatist, actress and civil rights activist. She wrote a series of autobiographies, four memoirs. She has also written poems, including children’s books, a cook book and Elder Grace: The Nobility of Aging (2005). She died on May 28, 2014.

The Poem in Detail:
Stanza – 1:
The poetess here is describing the actions of a free bird. He flies springing free from the ground and flies in the direction of the air current. It looks as if the bird has dipped his wrings in the orange rays of the sun covering the sky. There are no limitations for the free bird. He flies as if the sky belonged to him and he has the courage to claim his right.

Stanza – 2:
This stanza explains the condition of a captive bird in a cage. This bird can hardly see through the bars of his cage. He is enslaved, his wings are clipped and feet are tied. He can do nothing else except singing, so he starts singing.

Stanza – 4:
In stanza four, the poetess returns to the free bird and his thoughts which present a total contrast to the condition of the caged bird in the next stanza.
The free bird things about another soft wind. He thinks of the trade winds, that is, strong winds that blow all the time towards the Equator. He thinks about those trade winds which pass through the trees which seem to be sighing. The fat worms seem to be waiting for the free bird on a lawn which looks bright in the early dawn and he feels as if he owns the sky.

Stanza – 5:
The poet says that in contrast the captive bird seems to be standing on the grave of his dream. The poetess describes the poor bird’s cries as that of someone having a frightening dream. The caged bird’s wings are clipped and feet are tied. There is nothing he can do except singing, so the captive bird starts singing, which shows that his spirit is not dead although his body is in prison.

Stanza – 6:
Emphasizing the tragic condition of the captive bird, the poetess says that the bird sings in an unsteady way because he is frightened. He sings about the things not familiar to him but he wants to know them, reach them and his tune is heard on the distant hills because this caged bird sings of freedom.

Theme:
The theme of freedom versus captivity runs throughout the poem. Referring to the plight of a caged bird and a free bird, highlighting the difference between the two birds, the poetess has alluded to the discrimination, racism, hatred and tortures of the South Americans by the Whites. The pain and suffering of the caged bird present the true picture of the condition of the South Africans during the civil right era. Maya Angelou herself suffered lot from her very childhood. At the age of seven because of an assault she lost her voice and the loss of voice for five years was the result of the trauma.

But the poem ends on a positive note. With all the suffering and distress, the caged bird like the oppressed South Americans does not stop her efforts for freedom. He succeeds in opening his throat and start singing and his voice is heard at distant places.

It is also a poem of indomitable spirit of the caged bird who does not accept total defeat and does not stop trying to find some way to achieve freedom.

Literary Devices:
i. Structure and Style:
The poem contains six stanzas. It is described as a lyric written in combine quintets and Quatrains. Each stanza follows the rhyming scheme of A A A B. Each stanza of the poem starts with a capital letter, then the rest of the stanza follows in small letters.

ii. Allusion:
It is a reference of other works, just as here the title of this poem MayaAngelou’s refers to Paul Lawrence Dunbar’s poem ‘Sympathy’ published in 1899.

iii. Alliteration: e.g.:
(iii) Can seldom see through
(iv) his shadow shouts on a nightmare scream

iv. Repetition:
It is used to put emphasis on an idea e.g. the sixth stanza is a repetition of the third stanza.

v. Hyperbole:
It is used to heighten the effect of an idea, e.g. ‘And dares to claim to sky’. This description of a free bird brings great contrast to the condition of a caged bird who cannot even see towards the sky clearly through the bars of his cage.

vi. Personification:
Here the inanimate objects like trade winds, sighing trees are described as if they are animate beings.

vii. Metaphor:
‘The Caged Bird’ is a metaphor used by the poetess for herself.

viii. Imagery:
In this poem, the visual imagery, auditory imagery and Kinesthetic imagery are used by the poetess to describe the caged bird and its counterpart the free bird.

Word-meaning:
• Stalks down – following quietly gradually moving
• Clipped – cut off, refers to the restrictions
• Trill – to produce an unsteady sound when frightened
• Leaps – springs
• Downstream – in the direction in which stream, air etc. flows
• Dares – not to be afraid, to have the courage
• Narrow Cage – refers to the restrictions on the life a caged bird
• Night mare – frightening dream
• Trade winds – strong winds that blow all the time towards the Equator and then to the West.
• Sighing trees – the sound produced by the leaves of trees when a strong wind blows.

ASSIGNMENTS
(1) Read the extract given below and answer the questions that follow:
A free bird leaps on the back
of the wind and floats downstream
Till the current ends and dips his wing
In the orange sun rays
And dares to claim the sky

1. Who is referred to as a free bird in the poem? Why?
A1. The free bird represents a free person and here the white race because the white race in America lived free and happy while the African Americans were enslaved and were in the very poor condition.

2. To what is the free bird compared to in the first two lines of the extract? How is the action of the bird shown to be free and enjoyable?
A2. The free bird is compared to one who is happy and enjoying life. He leaps and seems to dip his wings in the orange rays of sun totally carefree.

3. Explain what do the orange sun rays symbolize?
A3. Orange is the color associated with glow and happiness. Who is not happy if he is free.

4. Give the meaning of leaps and dares.
A4. Leaps means jumps and dares means has the courage to do something.

5. How does the free bird dare to claim the sky?
A5. Freedom gives a being courage. As the bird is free and leaping up and down wherever he wants, he thinks he can do whatever he wants and thus he feels that the sky is his.

(2) Read the extract given below and answer the questions that follow:
But a BIRD that stalks down his narrow cage
Can seldom see through his bars of rage
His wings are clipped and his feet are tied
So, he opens his throat to sing
The caged sings with a fearful trill
of things unknown but longed for still
And his tune is heard on the distant hill for
The caged bird sings of freedom.

2. Why do you think the cage is ‘narrow’? What is meant by ‘his bars of rage’?
A2. The cage is narrow because it symbolizes prison cells and they are always, small, narrow and suffocating.

3. Why does a bird that stalks down his narrow cage can seldom see through his bars of rage?
A3. There is little space between the bars of the cage and so the bird is unable to see the outside world. This fills him with an impotent and helpless anger and thus, the bars become the symbol of his rage.

4. Under what circumstances does the caged bird sing? What does it tell us about his condition?
A4. The caged bird also wants to fly in the sky but it cannot. Therefore, to express his condition and feelings, there is no way out except singing. That’s why he sings. The singing tells us about his helplessness and suffering because of his captivity.

5. Why does the caged bird want to sing of things ‘unknown’?
A5. The caged birds yearn for freedom and fly to the far-off places. As he cannot do this, he simply expresses his pent-up feelings by his singing.

6. What is meant by ‘fearful trill’?
A6. Being caged, the bird remains in the state of permanent fear. That is why, when he sings the sound of his voice remains fearful.

7. What song is he singing? Where is his singing heard?
A7. The bird is singing of freedom and other unknown things, which he is unable to see because of his captivity. His singing is heard up to distant hills.

3. What metaphorical implications do the following lines have?
His wings are clipped, his feet are tied So, he opens his throat to sing.
A3. ‘The caged bird’ itself is a metaphor for the poetess Maya Angelou herself. The caged bird’s clipped wings and tied feet are the metaphorical reference to all those African Americans who faced discrimination, prejudices slavish treatment during the apartheid.

4. What is the significance of ‘the fat worms waiting on a dawn bright lawn’?
A4. While the caged bird suffers every deprivation, the free bird has fat worms waiting to be eaten by her. It has the reference to the poor, deprived Africans Americans while the whites have tables of delicious food waiting for them.

5. Why does the caged bird open his throat to sing?
A5. The caged bird has no other option except express his feelings through singing. This also shows that even years of cruel treatment, tortures and captivity have not dampened his spirit and therefore the only way accessible to him is singing. This is the allusion to the African-Americans whose indomitable spirit could not be broken by continuous tyranny of the whites of America. 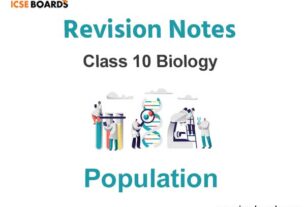 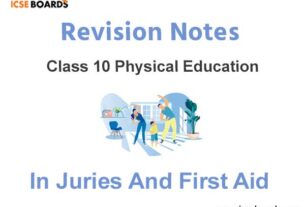 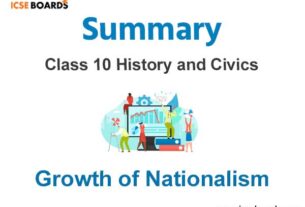