Students can refer to the quick revision notes prepared for Chapter Periodic Table in Class 10 ICSE. These notes will be really helpful for the students giving the Chemistry exam in ICSE Class 10. Our teachers have prepared these concept notes based on the latest ICSE syllabus and ICSE books issued for the current academic year.

• It is a table which classifies all the known elements in accordance with their properties in such a way
that elements with similar properties are grouped together in the same vertical column and dissimilar
elements are separated.
• The 115 known elements are arranged in the Periodic Table in order of their increasing atomic number.
• The vertical columns are called groups.
• The horizontal rows are called periods.

Approaches to Periodic Classification of Elements

Dobereiner’s Triads
In 1817, Dobereiner classified elements with similar chemical properties into groups of three called triads.
He noted that the atomic mass of the middle element in a triad is the arithmetic mean of the other two.
This is called Dobereiner’s Law of Triads.

Newlands’ Law of Octaves
In 1864, Newlands arranged elements in the increasing order of atomic mass and noticed that the eighth
element was similar in physical and chemical properties to the first element, just like the eight nodes in
music. This relationship is called the Law of Octaves.
Lother Meyer’s Law
In 1869, Lother Meyer classified that atomic volume is the periodic function of atomic mass.

Mendeleev’s Periodic Law
In 1869, Mendeleev stated the law of chemical periodicity.
The physical and chemical properties of elements are a periodic function of their atomic masses; i.e. when
the elements are arranged in the increasing order of their atomic masses, the elements with similar
properties are repeated after certain regular intervals.
This is called Mendeleev’s Periodic Law.

Periods
• The horizontal rows of elements in a periodic table are called periods. There are seven periods in the
long form of the periodic table.
• The first period consists of 2 elements called the shortest period.
• The second and third periods consist of 8 elements called short periods.
• The fourth and fifth periods contain 18 elements each and are called long periods.
• The sixth period consists of 32 elements and it is the longest period.
• The seventh period is yet an incomplete period.

Groups
• The modern periodic table has eighteen vertical columns known as groups, arranged from left to right
in the order: IA, IIA, IIIB, IVB, VB, VIB, VIIB, VIII (three columns), IB, IIB, IIIA, IVA, VA, VIA, VIIA and Zero.
• A group is determined by the number of electrons present in the outermost shell.
• Elements in groups 1, 2 and 13 to 17 are called normal elements.
• Elements in groups 3 to 12 are called transition elements.
• Group 18 at the extreme right contains noble or inert gases.
• Reactive metals are placed in groups 1 and 2.
• Transition elements [metals] are placed in the middle.
• Non-metals are placed in the upper right corner of the periodic table.

The properties which reappear at regular intervals, or in which there is gradual variation at regular
intervals, are called periodic properties, and the phenomenon is known as the periodicity of elements.

Electrons in an atom revolve around the nucleus in certain selected but fixed concentric circular paths
called shells or orbits. These are associated with a definite amount of energy and are also called energy
levels.

• Atomic size (atomic radii)
It is the distance between the centre of the nucleus of an atom and its outermost shell.
• Metallic Character
Those elements which have a tendency to lose their valence electrons and form a positive ion are
considered as metals.
Na − e− → Na+
• Non-metallic Character
Those elements which have a tendency to gain electrons in order to attain an octet in their outermost
orbit are considered as non-metals.
Example: Cl + e−  Cl−
(2, 8, 7) (2, 8, 8)
• Chemical Reactivity
In metals, greater the tendency to lose electrons, greater is the reactivity.
In non-metals, greater the tendency to gain electrons, greater is the reactivity.
• Ionisation Energy
The energy required to remove an electron from a neutral isolated gaseous atom and convert it into a
positively charged gaseous ion is called ionisation energy (IE) or first ionisation energy (IE1).
• Electron Affinity (EA) or Electron Gain Enthalpy
The amount of energy released while converting a neutral gaseous isolated atom into a negatively
charged gaseous ion by the addition of electrons is called electron affinity.
• Electronegativity
The tendency of an atom in a molecule to attract the shared pair of electrons towards itself is called its
electronegativity.
• Atomic Number (Z)
The atomic number of an element is equal to the number of protons in the nucleus.
The atomic number is a unique property of an element, because no two elements have the same atomic number.
• Mass Number (A)
The mass number of an element is the sum of the number of protons and neutrons in the nucleus of
the atom of the element.

Variation of Periodic Properties in the Periodic Table 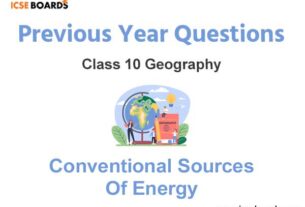 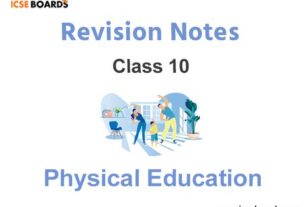 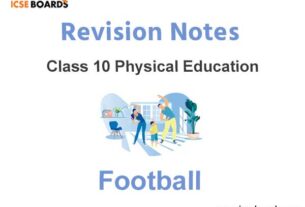