Question. Name the two geological ages of coal.
Answer: Gondwana : Over 200 million years in age.
Tertiary : Over 55 million years ago.

Question. State the importance of coal as a source of power.
Answer: Coal is a basic source of energy as it can be used for running machines,trains, ships and dynamos.

Question. Mention any two disadvantages of hydel power.
Answer: (i) The cost of building dams for producing hydroelectricity is quite high.
(ii) Building a large dam alters the natural water-table level.
(iii) Building a large dam can cause serious geological damage like triggering earthquakes in the area.
(iv) Building dams to produce electricity, displaces many people from the area and distrubs their life physically, mentally and psychologically.

Question. What is Natural Gas ? Name two variants of natural gas.
Answer: Natural gas occurs in association with mineral oil. Therefore, an oilfield yields natural gas almost invariably. It is mainly composed of methane (95%) with small amounts of propane and ethane. It is a fossil fuel.
(i) Liquefied Petroleum Gas (LPG) : The gas supplied for household use is called LPG (Liquefied Petroleum Gas) and is a by-product obtained after refining crude oil.
(ii) Compressed Natural Gas (CNG) : It is being used as an alternative to petrol and diesel for transport of vehicles. Delhi has totally switched over to CNG where buses and autorickshaws run on this fuel.

Question. What are the advantages of coal as a source of energy?
Answer: (i) Coal is the source of thermal power (electricity), running trains and machines and dynamas ships.
(ii) It is one of the chief raw materials needed in the manufacturing of iron and steel.
(iii) Coal is used as the direct source of energy for domestic heating in patterie s iron and brass founries, cooking, in bri ck kilns, tile manufacturing etc.
(iv) A variety of chemical like benzol and ammonia are obtained as the byproducts of coal which are given off when coal is burnt in a closed chamber to get hard coke or metallurgical coke.

Question. Why is petroleum called the ‘fossil fuel’ ?
Answer: Fossil fuel is formed by from the decayed plants, animals and other marine organisms called ‘fossils’, that have been preserved in the earth’s crust over, a long period of time by pressure, bacterial process and geothermal heat. Therefore they it is called ‘fossil fuel’.

Question. Mention any two advantages of hydel power.
Answer: (i) Hydel power is a clean, non-polluting source of energy. The water used does not contaminate air or water by producing harmful wastes or poisonous bi-products.
(ii) It does not produce any Greenhouse Gases and prevents us from the harmful effects of Global Warming.
(iii) It is a renewable sources of energy which can be used again and again.
(iv) The dams built to produce hydroelectricity help to save and restore water.
(v) It is economical and sustainable as it saves on fossil fuels and is cheaper than electricity produced from fossil fuels and nuclear power.

Question. Name the three varieties of coal and give the uses of any two of them.
Answer: Varieties and uses of coal :
(i) Anthracite :
(a) Coal is ideal for domestic use as it is smokeless fuel with high calorific value.
(b) It is used for metallurgical processes and in iron and steel industry.
(ii) Bituminous coal :
(a) Coking coal is uses in iron and steel smeltin.
(b) High grade bituminous coal is also used for domestic purposes.
(iii) Lignite :
(a) It is found in Tamil Nadu, Rajasthan, West Bengal, Kerala and Puducherry.
(b) It is used for the generation of electricity.
(iv) Peat :
Peat occurs on the Nilgiri mountains in patches, in Kashmir valley and swampy areas of coastal plains.

Question. Explain the coal formation process ?
Answer: (i) It occurs as a sedimentary rock in association with carbonaceous shale, sandstone and even fine clay.
(ii) Coal is formed due to the accumulation of vegetable matter in swampy areas or broad deltas, coastal plains and basin lowlands.
(iii) This vegetative matter was subjected to geological processes that resulted in physical and chemical changes.
(iv) The mass of vegetative matter was probably changed into coal by heat and pressure generated by the increasing weight of overlying sediments and also by the movements of the earth. 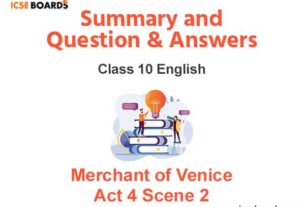 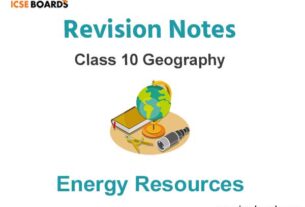