Students can refer to the quick revision notes prepared for Chapter Softball in Class 10 ICSE. These notes will be really helpful for the students giving the Physical Education exam in ICSE Class 10. Our teachers have prepared these concept notes based on the latest ICSE syllabus and ICSE books issued for the current academic year. Please refer to Chapter wise notes for ICSE Class 10 Physical Education provided on our website.

Softball came into existence in Chicago, Illinois, in 1887; thanks to George Hancock. The very first game took off using a rolled up boxing glove as a ball and broomstick as a bat. This first contest ended with a score of 44-40. The ball being soft, was fielded bare-handed. Earlier the game was called by several names such as ‘Kitten ball’, ‘Lemon ball’, ‘Diamond ball’ etc. In 1932 the name of the game was finally adopted as ‘Softball’. The official rules were published by the Joint Rules Committee appointed in 1934. The First Softball World Championship for women was held in 1965 in Melbourne, Australia and for men in Mexico city. In India, Softball was introduced by YMCA. The Softball Association of India was formed in 1961 and the First National Championship for men and women was organized at Jodhpur in 1967.

➢ Players and their Positions

There are nine players out on the field at one time. Although the pitcher and catcher have the ball the most, each person has a specific job. In the infield, there is the pitcher, catcher, first baseman, second baseman, shortstop and third baseman. In the outfield, there is left fielder, centre fielder and right fielder. In slow pitch softball, there is an extra outfielder in the out field, who is specified as roamer. Normally, the defensive team will play with four outfielders, meaning there is a left fielder, left-centre fielder, right-centre fielder, and right fielder.

The shortstop fields all balls hit to the infield between the second and third bases. This individual also helps cover second base and is frequently involved in force plays, double plays and frequently throws the ball to the catcher to throw out runners at home plate. Most shortstops are very quick, agile and think fast.

The catcher is always behind the hitter in semi-crouched position at home plate. The catcher recovers pitches from the pitcher. The catcher also throws balls to other bases to throw out runners. At home plate, the catcher is responsible for making all the outs. In most games, catchers provide a visual or finger clue as to what the next pitch should be. Catchers are usually very strong, agile, think fast and possess fast reflexes.

The third baseman covers all hits to the third base and receives balls from the outfield . The third base person also frequently throws the ball to the catcher trying to run out the runner at home plate. The individual at third base usually thinks fast because of the types of hits that commonly occur in that zone. Quick thinking can often stop runners scoring or can result in double plays.

The outfielders are players that cover the grass behind the infield and usually backup the plays made by the infielders and make plays when the ball is hit past or over the infield. All the throwers need to have good throwing arm but especially outfielders because their position is of much larger range. They also have specific names usually called right fielder, centre fielder and left fielder.

A player shall be official in the game when his name has been entered and the official has been announced. A substitute may take place of a player whose name is in his team’s batting order. The following will govern the substitution of players.

(i)The captain of the team making the substitution must immediately notify the umpire who will suspend play and announce the change to the spectators and captain of the other team.

(iii) Each pitcher whose name has been entered on the score sheet, who has been announced, must pitch untill the batter facing him has completed his turn at bat or the side has been retired. Any other player may be removed from the game at any time.

(iv) Whether announced or unannounced, any play made by or on the substitute player shall be legal. A player removed from the game shall not participate in the game again except as a Coach.

➢ Regulation Game
A regulation game shall consist of seven innings.
(i) A full seven innings need not be played if the team second at bat scores more runs in six innings or before the third out in the last of the seventh inning,
(ii) A game that is tied at the end of seven innings shall be continued by playing additional innings, or until one side has scored more runs than the other at the end of a complete inning, or until the team second at bat has scored more runs in their half of the inning before the third out is made.
(iii) A game called by the umpire shall be regulation if five or more complete innings have been played, or if the team second at bat has scored more runs than the other team has scored in five or more innings. The umpire is empowered to call a game at any time because of darkness, rain, fire, panic or other cause, which puts the patrons or players in peril.
(iv) A regulation game shall be declared tie if the score is equal when the game is called at the end of five or more completed innings, or if the team second at bat has equalled the score of the first team at bat in the incomplete innings.
(v) These provisions do not apply to any acts on the part of players or spectators, which might call for forfeiture of the game. The plate umpire may forfeit the game if any team member or spectator attacks any umpire physically.

➢ The Playing Field
It is the area within which the ball may be legally played and fielded. It shall have a clear and unobstructed area within the minimum radius of 67.06 m and 76.20 m for women and men respectively from home plate between foul lines. It shall have an unobstructed area, not less than 7.62 m and not more than 9.14 m in width outside the foul lines and between home plate and the backstop. It should have a warning track. It may be 3.65 m to 4.57 m from the outfield or side fence.

➢ Ball
(i) It shall be regular, smooth, seamed, concealed, stitched or flat surfaced ball.
(ii) The circumference of the ball shall be between 30.2 cm and 30.8 cm and its weight shall be between 178 gm and 198.4 gm.
(iii) The flat seam style shall not have less than 88 stitches in each cover.

➢ Gloves
All defensive players wear fielding gloves, made of leather or similar material. Gloves have webbing between the thumb and forefinger, known as the “pocket”. The first baseman and the catcher may wear mitts; mitts are distinguished from gloves in that they have extra padding and no fingers. In 2007, ASA and other organizations revised their rules regarding gloves and mitts, allowing any player to use a glove or mitt. No part of the glove is allowed to be the same colour as that of the ball, including that of its seams. Gloves used in Softball are generally larger than the ones used in baseball.

➢ Duties of the Plate Umpire
(i) Shall take a position in back of the catcher. He shall have full charge of and be responsible for the proper conduct of the game.
(ii) Shall call all balls and strikes.
(iii) Shall, by agreement and in cooperation with the base umpire, call plays, hit balls, fair or foul, legally or illegally caught balls. On plays that would necessitate the base umpire leaving the infield, the plate umpire shall assume the duties normally required of the base umpire.
(iv) Shall determine and declare whether
(a) A batter bunts, or chops, a ball.
(b) A batted ball touches the person,tor clothing of the batter.
(v) Shall render base decisions when required to do so.
(vi) Shall determine when a game is forfeited.
(vii) Shall assume all duties, when assigned as a single umpire to a game.

If you like the Physical Education Class 10 ICSE Softball Question Answers provided above or have any questions then you can post your comments in the box below and our teachers will provide you a response. 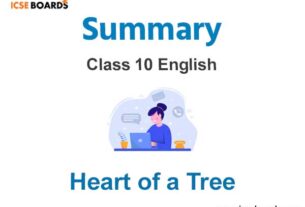 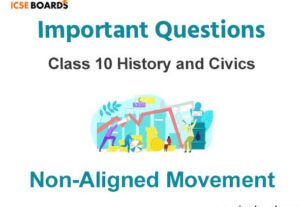