ICSE Students can refer to The Patriot Summary ICSE below which has been prepared by expert English teachers of ICSE as per that latest syllabus and guidelines issued by ICSE. These Chapter summaries have been prepared to help students to understand the entire chapter easily. You can also refer to more study material for ICSE Class 10 on our website

We have provided below a summary of Chapter The Patriot. This is an important chapter in Standard 10th ICSE English. The summary provided below has been prepared by expert English faculty for ICSE based on the latest ICSE books. You should refer to all Chapter Summaries ICSE Class 10 English which will help you to understand all chapters and to get more marks in exams.

Robert Browning (7 May, 1812 – 12 Dec., 1889), an eminent Victorian era poet and playwright, was considered to be the master of dramatic monologues. Browning’s masterpieces include, ‘Porphyria’s Lover’, ‘Andrea del Sarto’, My Last Duchess’, ‘The Last Right Together’ etc. Preoccupation with the inward, psychological drama of his characters is what makes Browning famous for his characterization as a poet as well as a playwright. He was married to poet, Elizabeth Barrett Browning.

This poem is about a man, a political leader, who was once regarded and glorified as a hero by the people but later misunderstood and killed by the same people considering him a criminal. But the poet also shows the man’s deep hope and faith in God. He believes that, though the people considered him wrong, God will surely give appropriate judgement and he shall be much safer in heaven.

Stanza 1. “It was roses, roses, all the way,
With myrtle mixed in my path like mad:
The house-roofs seemed to heave and sway,
The church-spires flamed, such flags they had,
A year ago on this very day.”

Explanation: In the first stanza, the poet says that just a year ago when he had entered the city, people welcomed him joyfully and decorated his path with roses and myrtles. They crowded on their roof-tops to have his glimpse. The minarets and domes of the churches shone with fiery coloured flags. The political leader thus, received a grand public welcome when he came into power a year ago.

Stanza 2. “The air broke into a mist with bells,
The old walls rocked with the crowd and cries.
Had I said, “Good folk, mere noise repels.
But give me your sun from younger skies!”
They had answered, “And afterward, what else?”

Explanation: The poet further describes the festive environment. The air was filled with the resounding of the bells and the old walls swayed due to the loud cries of the people who had gathered to watch their great leader who had brought laurels to their nation. The patriot tells the people that instead of the noise that seems to be repelling and also temporary, if they loved him, they should get the sun from the skies for him, which was the symbol of permanence and power. At that time, the crowd that was extremely zealous, asks him what else would he require, other than the sun. They were ready to fulfill any of his demand.

Stanza 3. “Alack, it was I who leaped at the sun
To give it my loving friends to keep!
Nought man could do, have I left undone:
And you see my harvest, what I reap
This very day, now a year is run.”

Explanation: This stanza illustrates a sudden transition of the man from a leader to a traitor in the eyes of the same people. He realizes that he had been over-ambitious and over-confident as he tried to get the sun to gift to his loving people. He tried to accomplish the impossible for them. But he is disappointed and regretful to see the result presently just after a lapse of one year.

Stanza 4. “This very day, now a year is run.
There’s nobody on the house-tops now
Just a palsied few at the windows set;
For the best of the sight is, all allow,
At the Shambles’ Gate.. or, better yet,
By the very scaffold’s foot, I trow.”

Explanation: Here the poet remarks that the same patriot who was once welcomed with open hearts and hands, is branded as a traitor by the same people and is being taken for execution. The house-tops which were once over-crowded with overwhelming excitement to watch him, are now empty. Only a few paralysed ones are standing at the windows watching him march towards death. The rest are assembled at the slaughter-house, for the best sight will be there, where this man will be hanged to death.

Stanza 5. “I go in the rain, more than needs,
A rope cuts both my wrists behind;
And I think, by the feel, my forehead bleeds,
For they fling, whoever has a mind,
Stones at me for my year’s misdeeds.”

Explanation: Here the poet draws the imagery of the patriot, now a convict, walking in the rain towards the scaffold. His hands are tied at the back, the tight rope making wounds in his wrists. He suffers injuries as the people hit him with stones. He can feel the blood dripping down his forehead. It is highly ironical that the hands which welcomed him once with roses are now pelting stones at him. And more interestingly he says that, these were people with brains, who judged him for his year’s misdeeds.

Stanza 6. “Thus I entered, and thus I go!
In triumphs, people have dropped down dead.
Paid by the world, what dost thou owe
“Me?”—God might question; now instead,
‘Tis God shall repay: I am safer so.”

Explanation: The concluding stanza ends on an optimistic note. The leader says that he traveled the same path when he entered the town and when he is leaving the town as well as the world. A public hero, once upheld with great pomp and shows, now suffers utter humiliation and his life approaches an unexpected climax. The speaker discusses his religious belief, his meeting with God after death. He says that he will tell God that he did the best possible for his people, yet they misunderstood him and treated him shamefully.
He believes in God’s justice. God will understand that he has already been punished on the earth for his misdeeds, and he will give the man the best reward in his world for his services. Thus, he will completely surrender to God and feel content and safe with Him ever after.

1. Triumphs — A great success or achievement 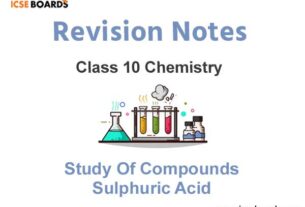