ICSE Students can refer to Daffodils Summary ICSE below which has been prepared by expert English teachers of ICSE as per that latest syllabus and guidelines issued by ICSE. These Chapter summaries have been prepared to help students to understand the entire chapter easily. You can also refer to more study material for ICSE Class 10 on our website

We have provided below a summary of Chapter Daffodils. This is an important chapter in Standard 10th ICSE English. The summary provided below has been prepared by expert English faculty for ICSE based on the latest ICSE books. You should refer to all Chapter Summaries ICSE Class 10 English which will help you to understand all chapters and to get more marks in exams.

William Wordsworth (7 April, 1770 – 23 April, 1850) was a British poet who was associated with the Romantic movement of the 19th Century along with Robert Southey and Samuel Coleridge, the group referred as the ‘Lakeland Poets’. Wordsworth was a keen observer of nature and had an excellent skill to pen down the beauty of nature artistically, yet in a simple and straight forward manner. He began publishing at the age of 23 with a collection of poetries like ‘Descriptive Sketches’. In 1798, he published ‘Lyrical Ballads’ along with Coleridge, followed by ‘Elegiac Stanzas’ and ‘Poems, in Two Volumes’ in 1803 and 1805 respectively. He was considered as ‘Britain’s Poet Laureate’. For Wordsworth, poetry was “the spontaneous overflow of powerful feelings.”

Wordsworth considered nature, a place representing the ultimate source of joy and knowledge. The poem ‘Daffodils’ appreciates the beauty of nature. The poet states that the recollection of the wonderful sight of thousands of daffodils, dancing joyfully, cleans the soul and uplifts the spirit of the speaker when he later finds himself feeling empty and gloomy.

Stanza 1. “I wandered lonely as a cloud
That floats on high o’er vales and hills,
When all at once I saw a crowd,
A host, of golden daffodils;
Beside the lake, beneath the trees,
Fluttering and dancing in the breeze.”

Explanation: In the first stanza we find the poet roaming aimlessly like a cloud over valleys and hills. Here, we find a touch of melancholy in his tone. Suddenly, he happens to come across a large number of daffodils growing under the trees near the lake. By comparing himself to a cloud, the poet signifies his closeness with nature that surrounds him. The daffodils were dancing and inviting the poet to join and enjoy the breeze flowing in the fields.

Stanza 2. “Continuous as the stars that shine
And twinkle on the milky way,
They stretched in never-ending line
Along the margin of a bay:
Ten thousand saw I at a glance,
Tossing their heads in sprightly dance.”

Explanation: Here, the poet compares the daffodils along the bay with the stars stretched in a continuous line in the galaxy, like the Milky Way. Their shine is contrasted to the twinkling of the stars. The poet seems to be profoundly charmed by the swaying movement of the flowers due to the breeze and he remarks that the flowers seem to dance in exuberance.

Stanza 3. “The waves beside them danced; but they
Out-did the sparkling waves in glee:
A poet could not but be gay,
In such a jocund company:
I gazed—and gazed—but little thought
What wealth the show to me had brought.”

Explanation: The poet personifies the waves in the bay and says that they too were happily dancing along with the daffodils, but the daffodils outshone the waves by showing joy and cheerfulness. The poet cannot prevent himself from being elated in such a happy company. The sight of the dazzling daffodils seems to enrich the life of the poet with joy and tranquility, so he could not take his eyes off them.

Stanza 4. “For oft, when on my couch I lie
In vacant or in pensive mood,
They flash upon that inward eye
Which is the bliss of solitude;
And then my heart with pleasure fills,
And dances with the daffodils.”

Explanation: The last stanza clarifies why the poet was so enthralled by the daffodils. The sight of the dancing daffodils remains dormant in the poet’s sub-conscious mind and, whenever he was in a vacant or lonely mood, lying on his couch, the memory of the daffodils raised his low spirits, filling his mind with immense pleasure and thus, he feels elated. Daffodils have left an everlasting precious memory in the poet’s mind. They become a ‘bliss of solitude’ i.e., ‘the blessing of being alone’, for him.

“I wandered lonely as…………………. dancing in the breeze.”
In this stanza, the poet has compared himself to a solitary cloud. Just like a cloud floats over hills and valley, the poet too has been walking across the countryside without any aim. Suddenly, while walking beside a lake, he saw a large number of golden daffodils that were ‘fluttering and dancing’ in the breeze. They were spread out in long rows along the border of the lake and looked very happy. The flowing breeze made the daffodils flutter and it seemed as if they were dancing.

“The waves beside them danced…………………show to me had brought.”
The poet says that there were waves that were dancing in the lake but were no match for the waves of daffodils rippling in the breeze. The joyful dance of daffodils was a way better than theirs. The joyful company of daffodils was the ultimate source of pleasure for the poet and he can feel nothing but happiness in that company. Although, he kept on looking at the daffodils but he could not fully appreciate the scenery before him because it was in abundance and he could take away just a little bit of it.

“For oft, when on my couch……………………….dances with the daffodils.”
In the final stanza, the poet says that whenever he lies on his couch and is in low spirits or when he is sorrowful, the sight of the daffodils flashes in his mind and becomes the source of joy in his solitude. The memory of daffodils takes away all his sorrows and boredom thus making him happy and it seems to him as if his heart is dancing with the daffodils.

Question. What was the poet doing?
Ans. The poet was wandering alone in the country side.

Question. While the poet was wandering, what did he see and where did he see them?
Ans. The poet saw a host of golden daffodils while he was wandering. He saw the daffodils growing beside the lake, beneath the trees.

Question. How many daffodils does the poet say that he saw at a glance? Why does he say so?
Ans. The poet says that he saw ten thousand daffodils at a glance. He says so in order to highlight that the whole area along the lake was covered with blooming, uncountable daffodils.

Question. What does the first line of the poem tell you?
Ans. The first line tells us that the poet wanders lonely as a cloud.

Identify the figure of speech in the following lines:

Question. ‘I wandered lonely as a cloud’
Ans. Simile

Question. ‘Fluttering and dancing in the breeze’
Ans. Personification

Question. ‘Continuous as the stars that shine’
Ans. Alliteration

Question. What does ‘jocund company’ mean?
Ans. ‘Jocund Company’ means a cheerful company. The joyful company of daffodils was the ultimate source of pleasure for the poet and he can feel nothing but happiness in that company.

Question. Explain the lines: ‘Outdid the sparkling waves in glee…’
Ans. The poet says that there were waves which were dancing in the lake but were no match for the waves of daffodils rippling in the breeze. The joyful dance of daffodils was a way better than theirs.

Question. Describe the poet’s thoughts on seeing the daffodils.
Ans. The poet felt that one cannot be anything but happy in the company of the cheerful daffodils. The beautiful daffodils filled his heart with joy.

Question. When does the poet remember the daffodils? How does he feel?
Ans. The poet often remembers the daffodils when he rests on his couch in a deep and pensive mood. The memory of the daffodils fills his heart with pleasure.

Read the extract and answer the following questions:

Question. Give the synonym of the word ‘bliss’.
Ans. pleasure/happiness

Question. What is referred to as ‘they’?
Ans. ‘They’ refers to the daffodils.

Question. Where did the poet see them?
Ans. The poet saw several daffodils fluttering in the breeze, under the trees, along the margin of a bay. 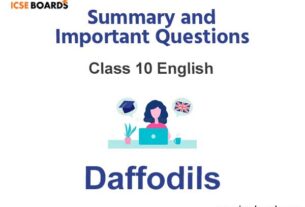 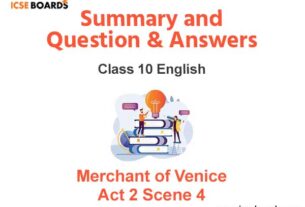 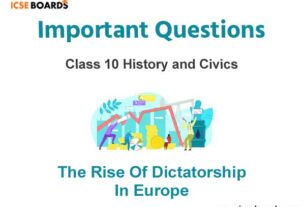