Are you looking for Mathematics Formulas ICSE Class 10, then you have come to the correct place. On this page, we have provided Class 10 Mathematics Chapter-wise formulas for all important topics which are covered in your Mathematics books. You can use these formula banks for ICSE for revision just prior to your exams or for daily use too. Its important for you to remember these formulas they will be really useful when you solve mathematics problems.

5. MENSURATION
• Circumference and Area of a circle (Area of sectors of circles other than semi-circle and quarter-circle not included)
• Surface Area and Volume (of solids)

a) Goods and Service Tax [GST]

Objective of GST One of the main objective of GST is to eliminate the double taxation on production and
distribution cost of goods and services. The exclusion of cascading effects, that is, tax on tax till the level of final consumers will significantly improve the competitiveness of original goods and
services in market which will have a beneficial impact on the GDP of the country.

Worldwide GST France was the first country to introduce GST in 1954. GST rates of seven countries are mentioned below:

b) Banking
Types of accounts
i) SB = Savings accounts in which simple interest is offered.
ii) FD = Fixed Deposit, that is, a sum of money is deposited for a fixed period, and so more rate of interest is offered.
iii) RD = Recurring Deposit, that is, certain fixed sum is deposited every month, and interest rate offered is usually more than SB, but less than FD.

4. Total Nominal Value= No. of Shares X FV per shares

6. Sales proceeds = No. of Shares X Selling Price of Each Share

9. For better investment, compare the Yield% of both shares

Sales Tax and Value Added Tax:
✔ The price at which an Article is marked : List Price/Marked Price/Printed Price/Quoted Price
✔ Sale Price = M.P. – Discount, Discount is calculated on M.P.
✔ Sales Tax is calculated after deducting the discount (on the discounted price).

• Remainder Theorem
If f(x) is a polynomial, an expression with variable ‘x’ and is divided by (x– a); the remainder
is the value of f(x) at x = a. i.e. the remainder is f(a)

1. Order of a matrix – Row and column Matrix Size of Matrix = No. of rows x No. of columns. (Rh →Rows horizontal)

2. Compatibility of Addition and Multiplication
Matrix A m x n can only be multiplied with matrix B p x q if n = p and then resultant matrix will have m rows and q cols i.e. R m x q

Matrix multiplication is not commutative if AB ≠ BA

5. Addition and Subtraction of 2 X 2 Matrices
Only same order matrix can be added or subtracted

6. Multiplication of 2 X 2 Matrix by non – zero rational number and another matrix

Arithmetic Progression
If you have the sequence 2, 8, 14, 20, 26, then each term is 6 more than the previous term. This is an example of an arithmetic progression (AP) and the constant value that defines the difference between any two consecutive terms is called the common difference.

Geometric Progression Geometric Sequence is a sequence such that any element after the first is obtained by
multiplying the preceding element by a constant called the Common Ratio which is denoted by ‘r’. The common ratio (r) is obtained by dividing any term by the preceding term, that is –

⩥ If each term is multiplied or divided by same negative number.
⩥ If the sign of each term on both the sides of an inequation is changed.
⩥ On taking reciprocals of both sides, in case both the sides are positive or negative.

⩥ Put arrow sign on both the ends of the line and keep extra integers beyond the range.
⩥ Use dark dots on the line for each element of N, W and Z.
⩥ For Q, R: mark range with solid circle ⚫ (for ≥ or ≤), hollow circle ⚪ (for < and >.)

1. Quadratic equation is an equation with one variable, the highest power of the variable is 2.

3. Steps for solving quadratic equation by factorization:
a. Clear all fractions and brackets if necessary.
b. Bring it to the form ax2 + bx + c = 0 by transposing terms.
c. Factorize the expression by splitting the middle term as a sum of product of a and c.

Ratio and Proportion:
• A ratio is a comparison of the sizes of two or more quantities of the same kind by division. Since ratio is a number, so it has no units.
• To find the ratio between two quantities, change them to the same units.
• To compare two ratios, convert them into like fractions.
• In the ratio, a : b, a is called antecedent and b is called consequent.

1. A rectangular arrangement of numbers, in the form of horizontal (rows) and vertical lines (columns) is called a matrix. Each number of a matrix is called its element. The elements of a matrix are enclosed in brackets [ ].
2. The order of a matrix = No. of rows × No. of columns
3. Row matrix: Only 1 row. [a b]
4. Column matrix: Only 1 column. [a/b]

Coordinates
Formulae
1. Distance Formula
The distance between two points A (x1, y1) and B (x2, y2) is given by:

7. Conditions for two lines
Two lines of slopes m1 and m2 will be –

Equation of a Line:

• Every straight line can be represented by a linear equation.
• Any point, which satisfies the equation of a line, lies on that line.

a) Similarity of triangle
If two triangles are similar then, ratio of their sides are equal.
i.e. if Δ ABC ~ΔDEF then AB/DE = BC/EF = AC/DF

Basic Proportionality theorem
If a line is drawn parallel to one side of a triangle intersecting other two sides, then it divides the two sides in the same ratio. In ΔABC, if DE || BC and intersects AB in D and AC in E then

b) Loci
It is a path traced by a moving particle which fulfills a given condition.

Types of Problems Included in syllabus
i) Constructions based on Loci.

Theorems
• The angle that an arc of a circle subtends at the center is double than which it subtends at any point on the remaining part of the circle.
• Angles in the same segment of a circle are equal (without proof).
• Angle in a semi-circle is a right angle.
• Opposite angles of a cyclic quadrilateral are supplementary.
• The exterior angle of a cyclic quadrilateral is equal to the opposite interior angle (without proof).
• The tangent at any point of a circle and the radius through the point are perpendicular to each other.
• If two circles touch, the point of contact lies on the straight line joining their centers.
• From any point outside circle two tangents can be drawn and they are equal in length.
• If two chords intersect internally or externally then the product of the lengths of the
segments are equal.
• If a chord and a tangent intersect externally, then the product of the lengths of segments of the chord is equal to the square of the length of the tangent from the point of contact to
the point of intersection.
• If a line touches a circle and from the point of contact, a chord is drawn, the angles between the tangent and the chord are respectively equal to the angles in the corresponding alternate segments.

Note: If a diameter of a circle is given then find the radius first.

A figure is said to have line symmetry if on folding the figure about this line, the two parts of the figure exactly coincide.

• Similarity: Criteria for similarity – 1. AA or AAA 2. SAS 3. SSS
• A drawn from vertex of a rt-<d △ divides △ the into 2 similar, also to original triangle.
• BPT – A line drawn || to any side of a △ divides other two sides proportionally.
• The areas of 2 similar △ട are proportional to the square of their corresponding sides.
• Median divides a triangle into 2 △ട of equal area.
• If △ട have common vertex & are between same ||, ratio of their areas = ratio of bases.

• A line drawn from centre of a circle to bisect the chord is ⊥ to the chord.
• A perpendicular line drawn to a chord from the centre of the circle bisects the chord.
• The ⊥ bisector of a chord passes through the centre of the circle.
• One and only one circle can be drawn passing through 3 non-collinear points.
• Equal chords are equidistant from the centre.
• Chords which are equidistant from the centre are equal in length.
• If the parallel chords are drawn in a circle, then the line through the midpoints of the chords passes through the centre. Greater the size of chord, lesser is its distance from the centre.
• Angle at the centre = 2 × angle on the circumference.
• Angles in the same segment are equal.
• Angle in a semicircle is a right angle
• The opposite angles of a cyclic quadrilateral are supplementary.
• If the opposite angles of a quadrilateral are supplementary, then the quadrilateral is cyclic.
• Angle in the major segment is acute and in the minor segment is obtuse.
• Exterior angle of a cyclic quadrilateral = Interior opposite angle.
• In equal or same circle. If two arcs subtend equal angle at the centre, then they are equal.
• In equal circle, if two arcs are equal, then they subtend equal angle at the centre.
• In equal circle, if two chords are equal, they cut off equal arcs.
• In equal circle, if two arcs are equal, the chords of the arcs are also equal.
• The tangent at any point of a circle & the radius through this point are ⊥ to each other.
• If two tangents are drawn to a circle from an exterior point,

Circumference and Area of a Circle:

• Mode is the variate which has the maximum frequency.
• The class with maximum frequency is called the modal class.
• To estimate mode from histogram: draw two straight lines from the corners of the rectangles on either sides of the highest rectangle to the opposite corners of the highest rectangle. Through the point of intersection of the two straight lines, draw a vertical line to meet the x-axis at the point M (say). The variate at the point M is the required mode.

Let us consider the table of (Number, Frequency) :

Note: To find the median, firstly arrange the data in ‘Ascending’ or Descending’ order.

• Probability is a measure of uncertainty.
• An Experiment is an action which results in some (well-defined) outcomes.
• Sample space is the collection of all possible outcomes of an experiment. n(S)
• An Event is a subset of the sample space associated with a random experiment. n(E)
• An Event occurs when the outcome of an experiment satisfies the condition mentioned in
• the event. The outcomes which ensure the occurrence of an event are called favourable outcomes to that event.

• The value of probability is always between 0 and 1.
• The probability of sure (certain) event is 1.
• The probability of an impossible event is 0.
• An elementary event is an event which has one (favorable) outcome from the sample space.
• A Compound event is an event which has more than one outcome from the sample space.
• If E is an event, then the event „not E‟ is complementary event of E and denoted by .
• 0≤ p(E) ≥ 1
• P(E) + P() = 1
• In a pack (deck) of playing cards, there are 52 cards which are divided into 4 suits of 13 cards each –

Probability
The mathematical theory of probability has its roots in attempts to analyze games of chance by Gerolamo Cardano in the 16thcentury, and by Pierre de Fermat and Blaise Pascal in the
17th century.

Experiment
An operation which can produce some well-defined outcomes.

Trial
Performing of an experiment.
Eg: Tossing a coin, throwing a dice

Event
The outcome of an experiment
Eg. Getting head or tail while tossing a coin 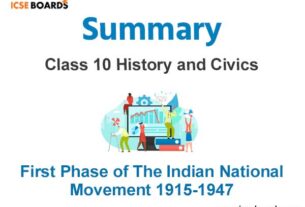 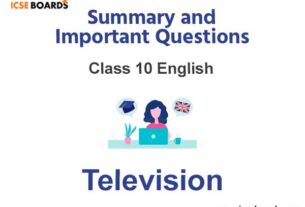 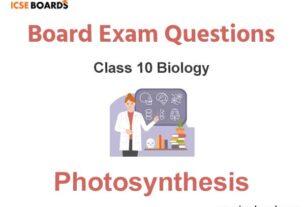