Students should read the Inflation ICSE Economics Class 10 notes provided below. These revision notes have been prepared based on the latest ICSE Economics Books for Class 10 issued for the current academic year. Our teachers have designed thee notes for the students are able to understand all topics given in Economics in standard 10 and get good marks in exams

Students can refer to the quick revision notes prepared for Chapter Economics Inflation in Class 10 ICSE. These notes will be really helpful for the students giving the Economics exam in ICSE Class 10. Our teachers have prepared these concept notes based on the latest ICSE syllabus and ICSE books issued for the current academic year. Please refer to Chapter wise notes for ICSE Class 10 Economics provided on our website.

Inflation is a sustained increase in the aggregate price levels. It refers to a state of rising prices and not a state of high prices.

The types of inflation observed in an economy depend on the rate of increase in the price levels and are follows:

Demand pull inflation refers to the inflation generated by the pressure of excessive demand in an economy. If there is an excess of aggregate demand in the economy over aggregate supply, the general price level will tend to increase, which leads to inflation.

The three monetary policies of the Reserve Bank of India to control credit:

Fiscal measures to control inflation include taxation, government expenditure and public borrowings. The choice of fiscal measures for controlling inflation depends on the causes of excess demand as follows: 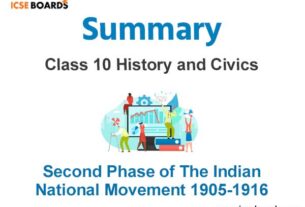 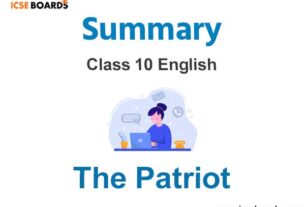