Students should refer to Agriculture in India Food Crops ICSE Class 10 Geography notes provided below designed based on the latest syllabus and examination pattern issued by ICSE. These revision notes are really useful and will help you to learn all the important and difficult topics. These notes will also be very useful if you use them to revise just before your Geography Exams. Refer to more ICSE Class 10 Geography Notes for better preparation.

Students can refer to the quick revision notes prepared for Chapter Agriculture in India Food Crops in Class 10 ICSE. These notes will be really helpful for the students giving the Geography exam in ICSE Class 10. Our teachers have prepared these concept notes based on the latest ICSE syllabus and ICSE books issued for the current academic year. Please refer to Chapter wise notes for ICSE Class 10 Geography provided on our website.

Types of Agriculture in India

Agriculture plays an important role in the Indian economy in the following ways:

a. It provides food for the ever increasing population of the country.

b. It supplies raw materials for agro-based industries such as the textiles and food processing industries.

c. It provides a market for industrial goods such as machinery and agricultural implements.

d. It provides employment to millions of people.

e. It accounts for a large portion of India’s exports.

• It is also known as ‘Slash and Burn Agriculture’ and ‘jhum’, ‘ponam’ or ‘podu’. It is a primitive methodof cultivation. In this type of cultivation, a patch of forested land is cleared by felling and burning trees. The ashes of trees are mixed in the soil.

• After two to three years, when the soil loses its fertility, the land is left fallow, and a new patch of land is cleared for cultivation.

• Maize, potato, yam and cassava are grown in shifting cultivation. It is mainly practised in northeast India.

• Dry paddy, maize, millets and vegetables are commonly grown in this type of farming. This method of cultivation has some disadvantages. It results in deforestation, accelerates soil erosion and causes floods and silting.

• A majority of farmers in India practise subsistence farming. Land holdings in this type of farming are small, and farmers use traditional methods of agriculture.

• As farmers are poor, they do not use fertilisers and high-yielding seed varieties in their fields.

• The production is not very high. Food crops are mainly produced for consumption by the family.

• This kind of cultivation is practised in areas with high density of population.

• It is a labour intensive system whereby fertilisers, high-yielding seed varieties and irrigation methods are used for increasing production.

• More than one crop is cultivated on the same field.

• This kind of cultivation is practised where the size of the agricultural field is large and productivity is high.

• Machines are extensively used, and hence, the labour employed per unit area is low.

• Farmers specialise in the production of one or two major commercial crops.

• Rice, wheat, maize and sugarcane are the main crops which are grown in extensive farming. Because the productivity is high, there is large surplus for sale.

• Large labour force and capital are required in plantations.

• Developed transport is required to transport these crops to factories for processing.

• Latest technology and modern methods of agriculture are used. In this kind of cultivation, crops are mainly exported to earn foreign exchange.

• In mixed farming, two or more crops are grown together on a rotational basis.

• This type of cultivation ensures farmers with a steady income.

• In this type of farming, crops are grown for commercial purposes, i.e. for selling in local and international markets.

• Wheat and maize are the main crops which are grown in commercial grain farming.

• Farming is mechanised and is prevalent in areas where farms are large and the market is strong.

• In India, this kind of farming is practised in Punjab, Haryana, Gujarat, Western Uttar Pradesh and Andhra Pradesh.

• It is practised in areas where irrigation facilities are not readily available. Crops which can stand dry weather such as jowar, bajra and ragi are mainly grown.

• The fields are repeatedly ploughed before and during rains to preserve soil moisture.

• This type of cultivation is practised in Western Rajasthan and in some parts of Deccan.

• Use of old and inefficient techniques by Indian farmers

• Introduction of various reforms such as the abolition of the Zamindari Act.

• Provision of subsidies to farmers for purchasing fertilisers and seeds

Green Revolution is a term which is used to describe manifold increase in farm production in India. Its main features are

• Use of large-scale capital and technological inputs

• Use of high-yielding seed varieties

• Use of chemical fertilisers and extensive irrigation facilities

Impact of the Green Revolution

• Farmers were benefited by increased productivity leading to rural prosperity.

• It made India self-sufficient in food grains.

However, the Green Revolution was criticised by environmental scientists because of land degradation caused by overuse of fertilisers and decease in soil fertility due to over irrigation.

There are two major agricultural crops in India—rabi crops and kharif crops. In India, there are three main types of cropping seasons. They are rabi, kharif and zaid.

However, it is to be noticed that this categorisation of the cropping season does not exist in southern India.

It is the most important staple food crop of India. It is a kharif crop which is grown extensively in the northern plains, northeastern parts of the country, and coastal and deltaic regions. Rice requires high temperature above 20°C–35°C and high rainfall between 150 cm and 300 cm. During the earlier phase of its growth, the crop requires 5–10 cm of standing water. India is the second largest producer of rice in the world after China.

The rice crop in India can be divided into upland and lowland rice.

Soil: Rice requires fertile, clayey and loamy soil for cultivation. It grows well on alluvial soil which should be able to retain standing water in the field. Manure and fertilisers are added to increase production.

Rice in India is cultivated by two methods—the dry method and the puddle method.

The dry system of cultivation is mainly confined to regions which depend on rainfall and do not have sufficient irrigation facilities. In this method, seeds are scattered by hand in areas of moderate rainfall and are sown in rows with the help of drills in areas of heavy rainfall.

Puddle or wet method of cultivation is practised in regions which have adequate supply of water. After ploughing, land is filled with 3–5 cm of water.

The cultivation of rice is carried out by the following steps:

Seeds are sown by various methods. These are

Broadcasting Method: In this method, seeds are scattered all over the field. This method is prevalent in regions where labour is scarce and the soil is infertile.

Drilling Method: In this method, seeds are sown in furrows with the help of a drill usually made of bamboo. The germination of seeds is high as seeds fall into furrows systematically. This is however a time-consuming way to sow seeds.

Dibbling Method: In this method, seeds are sown at regular intervals in furrows.

• In this method, seedlings from nurseries are transplanted into rice fields in groups of four to six at a distance of 30–45 cm.

• Initially, the field is covered with 2–3 cm of water. The level of water is then increased to 4–6 cm till the crop matures.

• This method is popular as it gives higher yield.

• In this method, the seedlings are prepared in nurseries.

• The rows of plants are then fixed at a distance of 25 cm, and the distance between the plants is about 15 cm.

• Manure is used extensively to increase yield. Plants give higher yield by this method.

• The rice fields are drained dry just before the crop is harvested. Each stalk is then hand reaped.

• The moisture content of the stalk is reduced by drying stalks in the Sun.

• In threshing, grains are separated from the stalks. It is done in the field to reduce the cost of transport.

• During winnowing, unwanted husk is removed from the grains by pouring them from a height.

• Milling is then done to remove yellowish husk from the grains.

It is the second most important crop in the country after rice. It is a rabi crop. India accounts for 12% of the total wheat production in the world.

Climatic Conditions: Wheat requires a cool climate. It requires a temperature of 10–15°C during sowing and 20–25°C during harvesting.

About 80 cm of rainfall is ideal for wheat cultivation.

Soil: Well-drained loamy soil is suitable for the growth of wheat.

• Seeds are generally sown by the drilling and broadcasting methods.

• The wheat crop starts ripening in March and is harvested in April when the temperature is 27.5°C.

• Uttar Pradesh, Haryana, Rajasthan and Madhya Pradesh are five leading producers of wheat in the country. Wheat yield is extremely high in Punjab and Haryana.

• The yield of wheat is low in Madhya Pradesh, Himachal Pradesh and Jammu and Kashmir as it is grown under rain-fed conditions.

Millets
Climate required for the growth of millets

• Pulses are an important part of the Indian diet as they provide vegetable protein. Some pulses are gram or arhar, urad, masur (lentil), moong (black gram) and matar (peas).

• Temperature ranging between 20°C and 25°C and rainfall between 50 cm and 75 cm are required for growing pulses.

• Gram is the leading pulse and is sometimes grown along with wheat. While gram is raised as a rabi crop in regions receiving about 10 cm of rainfall, urad and moong are raised as kharif crops.

• Pulses are leguminous crops which increase the content of nitrogen in the soil, increasing its fertility.

• India is the largest producer and consumer of pulses in the world. Madhya Pradesh, Maharashtra, Uttar Pradesh, Rajasthan and Andhra Pradesh are the five leading states producing pulses. 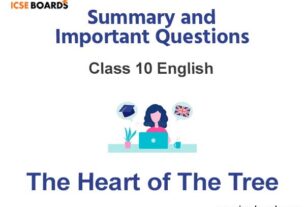 The Heart of The Tree Summary and Important Questions 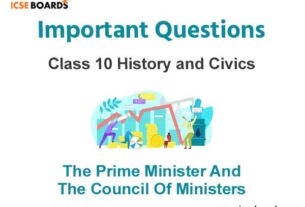 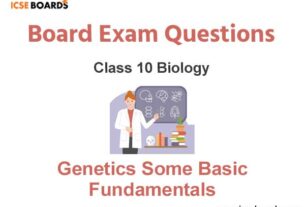