Students can refer to the quick revision notes prepared for Chapter The Second World War in Class 10 ICSE. These notes will be really helpful for the students giving the History and Civics exam in ICSE Class 10. Our teachers have prepared these concept notes based on the latest ICSE syllabus and ICSE books issued for the current academic year.

Know the Terms
1. Allied Powers : The four countries included in the Allied Powers were Britain, France, America and Russia.
2. Communism : It is a socio-economic structure based on common ownership of the means of production and property.
3. Capitalism : It is an economic system in which resources are controlled by private individuals. All the major economic decisions are taken, keeping in mind the market.
4. United Nations Organization (UNO) : The United Nations Organization was established in October 24, 1945 with its headquarters at New York (USA).
5. Marshall Plan : The Plan was announced by the American Secretary of State, George C. Marshall to help the war affected nations of Europe to recover from their shattered economies.
6. Warsaw Pact : The Pact was signed by Russia with other Communist countries to meet the challenges posed by the American sponsored NATO.
7. Cold War : The Cold War is a situation when there is no actual war but war-like situation prevails and the danger of another war is largely present. The Cold War was an effect of the Second World War which continued till 1990.
8. Anti-Comintern Pact : Signed between Germany, Italy and Japan to fight Communism globally

Know the Personalities
➢ Winston Churchill – The Prime Minister of Britain.
➢ Neville Chamberlain – The British Prime Minister who gave shape to the Policy of Appeasement.
➢ Harry S Truman – The US President who enunciated the Truman Doctrine

TOPIC-1
Causes and Events of The Second World War

Quick Review
(i) Causes of the Second World War
(a) The Treaty of Versailles had proved to be humiliating for the Germans. Under Hitler, Germany decided to violate the Treaty, thus, war became inevitable.
(b) France had captured the industrial zone of Ruhr after the First World War. This revengeful attitude of France had been one of the major causes of the German democratic rule transforming into military dictatorship.
(c) Italy, Japan and Germany wanted to set up colonies- empires like England. Italy annexed Ethiopia, Japan annexed Manchuria, Germany annexed Austria, Sudetenland, Czechoslovakia. This created an atmosphere of hostility in the entire world.
(d) England, instead of crushing the power of Hitler and other dictators, went out of its way to appease Hitler. France and England did not enforce the Treaty of Versailles which could have prevented Germany from threatening world peace. They had faced the terrible destruction caused by the First World War and wanted to avoid another war.
(e) America kept out of European politics and this encouraged the dictators to adopt a violent and aggressive attitude.
(f) The League of Nations—which America had not even joined was not strong enough to restrain the clash of interests among various nations.
(g) Disarmament conferences failed and specially Germany, Italy and Japan started stockpiling arms, Britain, France and others had already done it earlier.
(h) Ideological differences created discontent. France, USA, Britain were strong bases for democracies, while Italy and Germany had one leader, dictator one party system so, the clash was inevitable.
(i) The treatment of minorities specially of the Jews by the Germans was frustrating.
(j) Germany, by the Treaty of Versailles, had virtually been divided into two parts, so as to give Poland a land route upto the sea and the port of Danzig had been handed to them. Now Germany demanded the Danzig corridor from Poland. On 1st September 1939, Germany invaded Poland, France and England asked Germany to vacate Poland, but Germany refused to do so. On 3rd September 1939, England and France declared war on Germany hence, the Second World War started.

(ii) The events or course of the war :
(a) One country after another got involved in the war. Switzerland, Sweden, Portugal and Turkey remained
(b) Italy, Germany and Japan formed an alliance called the Axis Powers. Their opponents were the Allied Powers led by Britain, USA and France. In the beginning, Russia favoured Germany, but later joined the Allies.
(c) Hitler used lightning attacks or ‘Blitzkreig’ and German tanks stormed into Poland along with aerial bombardment with rapid force and Poland surrendered. Russia had attacked from one side and Germany from the other.
(d) Northern wars- Luxemberg, Norway, Holland, Denmark surrendered. The English Army escaped with difficulty from the port of Dunkrik.
(e) Germany occupied France, French General Petain surrendered. The government over here was asked to cooperate with the Germans.
(f) July 1940 witnessed German aeroplanes bombarding British ports, factories and populated places. Winston Churchill inspired the British to keep on fighting and counter bombardment of Germany was started. Germany failed to force England to surrender.
(g) The British General Montgomery defeated the German General Rommel who had been sent to back up the Italians in Africa. This dashed Mussolini’s hopes of occupying large parts of North Africa.
(h) Hitler conquered Greece, Crete and Yugoslavia.
(i) Japan attacked the American port of Pearl Harbour in December 1941–battleships were sunk. The US declared war on Japan and joined the Allies.
(j) Japan conquered Malaya, Singapore, Philippines, Hong Kong and Bali. It conquered Rangoon and started towards north-eastern frontier of India.
(k) Hitler attacked Russia reaching close to Moscow, but Hitler’s campaign against Russia finally failed and this was a big cause of the final failure of Germany.
(l) The Italian forces in Tunisia surrendered after violent fighting . Rome itself was conquered and Mussolini was assassinated in 1945 and the decline of Italy was completed.
(m) Air raids on Germany and its bases resulted into freedom of France from German occupation. Soon after Germany was forced to vacate Holland and Belgium with Russia attacking Germany from the East, Germany had to fight on two fronts at the same time. Defeat seemed imminent.
(n) When Berlin itself faced defeat–Hitler committed suicide and Germans surrendered on 7th May 1945.
(o) Japan was unwilling to surrender–Atom bombs were dropped on Nagasaki and Hiroshima. Japan finally surrendered on 15th August 1945. Second World War came to an end.

(i) Results of the War :
(a) Unimaginable suffering and destruction was caused; millions lost their lives and millions were wounded. Vast lands were left in ruins. The plight of civilians and the armed forces was terrible.
(b) The Allies defeated the dictators–the Nazis and the Fascists.
(c) Germany was occupied by the Allies and divided into 4 Zone, each under Britain, France, Russia and USA respectively. Later West Germany was formed by merging the zones under France, USA and Britain. The zone under the Russians was called East Germany.
(d) Soon after the Cold War started with almost the entire world divided into two blocs– the democratic and capitalistic bloc led by America and the communist bloc led by Russia. Thus, the Cold War; a state of uneasy peace, started.
(e) The Second World War led to the lowering of the status of France and England and the emergence of Russia and America as world superpowers.
(f) This also led to the end of the vast colonial empires of the Allies. Various colonies declared themselves independent. India, Malaya, Burma, among others, gained independence.
(g) As a need for an effective international organization was felt, the United Nations Organisation was set up.
(h) Serious attempts towards disarmament and use of nuclear energy for peaceful purposes were made.
(i) The Second World War led to the rise of communism in various countries. 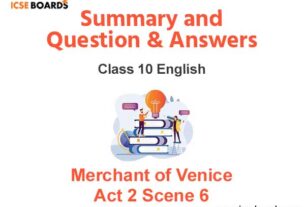 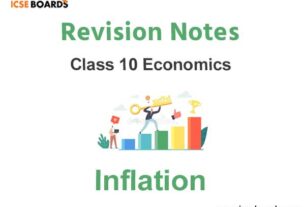 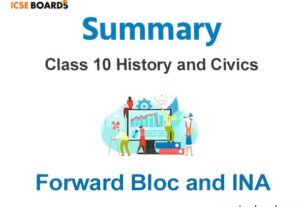