Students should refer to Rise of Dictatorships Class 10 ICSE notes provided below which has been designed by ICSE Class 10 History teacher based on the latest syllabus and examination guidelines for ICSE Class 10 History. You should carefully read through and understand all topics of this chapter given below so that you can learn the concepts given in Chapter Rise of Dictatorships which will be very useful if you use them prior to your History exams.

We have provided below a summary of Chapter Rise of Dictatorships. This is an important chapter in Standard 10th ICSE History. The summary provided below has been prepared by expert History faculty for ICSE based on the latest ICSE books. You should refer to all Chapter Summaries ICSE Class 10 History which will help you to understand all chapters and to get more marks in exams.

FASCISM
‘Fascism’ means autocracy or dictatorship where the power of the state is vested in one man only and it is obligatory for all the others to obey his orders.
It was put forwarded by Benito Mussolini.

Causes for the rise of Fascism –
Fascism emerged as a movement in the post-World War I to meet the challenges of the international communist movement and to tackle the various problems that confronted Italy.

The following factors contributed to the rise of Fascism in Italy:

2) Economic Crisis –
Italy suffered heavy losses in terms of life and property in the First World War. After the war, many soldiers became unemployed. Trade and commerce were ruined. There was a shortage of food grains.

3) Political instability –
(i) Democracy was introduced in Italy in 1919.
(ii) Elections failed to give a clear majority to a single party. Hence, due to complete instability in the country, six coalition governments were formed between 1919 and 1922.
(iii) Various political parties had different policies and Programmes and there was no continuity in their policies.
(iv) They were unable to deal effectively with the problems of unemployment, strikes and riots which took place during 1921-22.
(v) This situation was fully exploited by Fascists under the leadership of Mussolini.

4) Class Conflicts –
(i) A class conflict emerged between the control of Government and economic system.
(ii) The issue was whether these two systems should continue with people in power [aristocrats] or should be in the hands of the less privileged people.
(iii) The common man was promised greater attention in terms of economic means. These promises were ignored.

5) Failure of the League of Nations –
(i) After the First World War, League of Nations was established to maintain peace in the world and to prevent wars.
(ii) It proved weak and could not achieve its aims.
(iii) It failed to check the rise of dictatorship.

6) Leadership Provided by Mussolini –
(i) Mussolini played an important role in the history of Italy.
(ii) His speeches praised the past glories of Italy and won the faith of his countrymen.
(iii) He was called ‘Duce’ which means, the Leader.

NAZISM
1) A form of dictatorship put forward by Adolf Hitler, an Austrian by birth.
In 1919, he joined a small political party called ‘The German Workers Party’.
2) He became the leader of the party and changed its name to ‘National Socialist Party’ or ‘The Nazi Party’
3) The Party had two groups:
(i) One wore brown shirts. Its function was to save its party members and break up the meetings of the opposition parties.
(ii) One wore black shirts. Its function was to save their party leaders.
4) Hitler wrote a book while he was in prison – ‘Mein Kampf’. [My struggle].

2) Economic Crisis –
Due to the harsh terms of the Treaty of Versailles, Germany had to suffer in agricultural production, colonies, foreign investment, trade contracts etc. The number of unemployed people increased condition of the farmers became miserable. Hitler promised the farmers that he would condone their debts. The Nazis exploited the situation and assured the people that if they would abide by Nazi ideology their economic misery would come to an end and Germany would regain her lost glory.

3) Political Instability –
Communist influence in Germany increased. Hitler warned Germany that they would soon become slaves to the Russians and Communism. He tried to persuade the people in Germany that Nazism alone could check the growing influence of communism.

4) Resurgence of Militant Nationalism –
(i) Germans could not reconcile with the democratic parliamentary system prevailing in their country.
(ii) They preferred prestige and glory to liberty and freedom.
(iii) Hitler promised them all the glory and they welcomed him.

5) Absence of Strong Opposition –
The rise of the Nazi party in Germany was facilitated by the absence of any strong opposition party. As a result, the Nazi party did not encounter any effective resistance and its popularity achieved great heights.

6) Charismatic Personality of Hitler –
(i) Hitler had a charismatic personality. He had all the qualities required for a popular leader.
(ii) He was a gifted orator who captivated the Germans by his emotional speeches.
(iii) He assured Germans that if they abide by the Nazi ideology, their economic misery would come to an end.

7) Establishment of Volunteer Corps –
Hitler took control of those who were unemployed under the Treaty of Versailles, and organized them into volunteer corps, that served as the party army.

AIMS OF NAZISM
1) To exalt nationalism
2) To use force and brutality
3) To extol war
4) To advocate the rule by a great leader from a single party.
5) To despise internationalism, peace and democracy.

SIMILARITY BETWEEN THE CAUSES OF FASCISM AND NAZISM
1) Discontent after the Treaty of Versailles.
2) Economic Crisis – unemployment and decline in production in agriculture and trade.
3) Hatred for democratic principles and preference for totalitarian system and one-party rule.
4) Fear of the spread of communism.
5) Failure of the League of Nations.

SIMILARITY BETWEEN THE IDEOLOGIES OF FASCISM AND NAZISM
1) To have faith in the totalitarian rule.
2) To hold that the state is supreme, and it could suppress the fundamental rights and freedoms of individuals.
3) To uphold one-party and one leader.
4) To believe in aggressive nationalism and imperialism.
5) To regard war as an instrument for furthering national interests.
6) To uphold intensely nationalistic, anti- communist, anti- democratic rule. 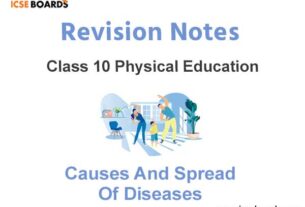 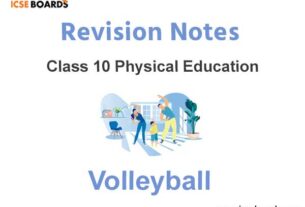