Students should refer to The Second World War Class 10 ICSE notes provided below which has been designed by ICSE Class 10 History teacher based on the latest syllabus and examination guidelines for ICSE Class 10 History. You should carefully read through and understand all topics of this chapter given below so that you can learn the concepts given in Chapter The Second World War which will be very useful if you use them prior to your History exams.

We have provided below a summary of Chapter The Second World War. This is an important chapter in Standard 10th ICSE History. The summary provided below has been prepared by expert History faculty for ICSE based on the latest ICSE books. You should refer to all Chapter Summaries ICSE Class 10 History which will help you to understand all chapters and to get more marks in exams.

Causes
• Dissatisfaction with the Treaty of Versailles, Rise of Fascism and Nazism, Policy of Appeasement, Japanese invasion of China, Failure of League, Hitler’s invasion of Poland. Attack on Pearl Harbour, Bombing of Hiroshima and Nagasaki.
Consequences
• Defeat of Axis Powers, Formation of the UN, Cold War.

1) Dissatisfaction with the Treaty of Versailles –
The Treaty demanded annexation of German territories and creation of many states, which sowed the seeds of bitterness and conflict.
(i) Germany was forced to sign the treaty. All German colonies were forcibly taken away from her and was divided into two parts for the benefit of Poland.
(ii) She was burdened with huge war indemnity, which she could not pay.
(iii) Her military power was reduced.
(iv) This humiliating treaty gave rise to the spirit of revenge and Germany started looking for an opportunity to do away with the harsh treaty.
(v) This was not possible without an aggressive policy and armaments. Hence, war was inevitable.

3) Policy of Appeasement –
(i) Appeasement means a policy of conciliating an aggressive power at the expense of some other country.
It meant accepting the hostile demands of an aggressive nation to gain peace.
(ii) Britain and France followed the policy of appeasement toward Germany and Italy as they felt that the dictators had a real cause of grievance due to the humiliating terms of the Treaty of Versailles and if their grievances were removed, they would not disturb the world peace.
(iii) They wanted to check the rising tide of communism and Russian Bolshevism.
(iv) Britain and France feared that Germany would divert towards Russian Bolshevism.
(v) Hence, they allowed Germany to rearm and re- militarise the Rhineland and capture Austria and Czechoslovakia.
(vi) Hence, without policy of appeasement, Fascism and Nazism, could not have survived so long and would not have been able to unleash the Second World War.

4) Japanese Invasion of China –
(i) After the First World War, Japan was determined to dominate the Far East.
(ii) In 1931, Japan intervened in Manchuria and in spite of the League’s opposition, occupied it and set up a Government there.
(iii) Japan also started an undeclared war against china in 1931.
(iv) China appealed to the League of Nations, but the leading members of the League- Britain and France, did not pay heed to the appeal.
(v) Japan joined Berlin- Roman Axis and formed Berlin- Rome-Tokyo Axis to further its policy of expansion and conquest.
(vi) Japan left the League in 1933 and started occupying the British and American properties in China.
(vii) Britain and France followed the policy of appeasement, thinking that the Japanese could be used to weaken China. Thus, a war was inevitable under these circumstances.

5) Failure of League of Nations –
(i) The League of Nations which was created after the World War I suffered an early blow, when the USA did not join the League.
(ii) Even those who joined the League were not interested in the principle of collective security.
(iii) The League did nothing when Poland seized a part of Lithuania in 1920.
(iv) In 1923, there was a threat of war between Italy and Greece.
(v) Italy refused to submit to the League’s intervention and the dispute was settled by direct mediation by Great Britain and France.
(vi) The authority of the League was flouted by Japan when it seized Manchuria and by Italy when it conquered Ethiopia.
(vii) The League failed to maintain international peace and the European Countries lost faith in its usefulness.

6) Hitler’s Invasion of Poland [Immediate cause] –
Hitler invaded Poland in September 1939 for the following reasons:
(i) By the Treaty of Versailles, Germany was divided into two parts to give a land-route to Poland up to the sea and the Port of Danzing was also given to Poland. Germany wanted to regain her lost territories.
(ii) City of Danzing was inhabited by the Germans and by occupying Danzing corridor Germany could connect with East Prussia.
(iii) Germany signed a Non-Aggression pact with Russia in Aug. 1939, Poland was accused of committing atrocities against Germans living there.
(iv) On September 1, 1939, German armies marched into Poland.
(v) France and Britain gave on ultimatum to Germany. Germany attached France.
(vi) On September 3, Britain and France declared war on Germany. Thus, the invasion of Poland marked the beginning of the World War II.

ATTACK ON PEARL HARBOUR
1) America followed a Policy of strict neutrality.
2) American Congress decided to lend or lease armaments to Britain and China, as their defense was vital to the defence of the United States.
3) Japan feared the US Pacific Fleet at Pearl Harbour in Hawaii.
4) On Dec. 7, 1941, Japan under the premiership of General Tojo, ordered a surprise aerial attack on the Pearl Harbour.
5) The battleships were sunk, and the important airfields were destroyed. Many people were killed.
6) Japanese made two crucial mistakes at pearl Harbour – they did not destroy the ship repair facilities at the base nor did they seek out and destroy the US carriers [Lexington and the Enterprise]. Hence, many damaged ships were soon back in action.
7) On Dec. 8, 1941, USA joined the war halting the Japanese advance.

BOMBINGS OF HIROSHIMA AND NAGASAKI
1) The Americans started their offensive against Japan to liberate the islands in the South-West Pacific.
2) The American navy and air force destroyed the Japanese fleet, but Japan was strongly established in China, Manchuria and other places.
3) Long before the invasion on Japan was planned, scientist in US were working on the most powerful weapon ever conceived – the atomic bomb.
4) In July 1945, the first atomic bomb detonated in the desert near Alamogordo, New Mexico.
5) Days, before the first bomb was dropped on Japan, American planes dropped leaflets warning about the deadly weapon and urging the Japanese to end the war.
6) On Aug. 6, 1945, first atomic bomb was dropped on Hiroshima, which destroyed half of the city killing thousands of people.
7) Despite the terrible destruction, Japanese refused to surrender.
8) On Aug. 9, 1945, another bomb was dropped on Nagasaki.
9) On Sep. 2, 1945, Japan surrendered unconditionally. After 6 years, World War II ended.

1) Defeat of Axis Powers –
(i) The Axis Powers made remarkable success initially and captured territories in Europe, Africa and Asia.
(ii) By the end of 1942, they were defeated by Allied Powers (Britain, France, Soviet Union & USA recaptured African Territories lost by France.
(iii) Allied Powers forced Italy to Surrender and sign an armistice.
(iv) In March 1942, allied forces moved across the Rhine and dealt a death – blow to the German forces.
(v) Hitler was disappointed with the defeat of Germany and he committed suicide
(vi) After Germany, allied powers turned their attention towards Japan.
(vii) In south East Asia, Japan had occupied many countries – Hong Kong, Philippines, Malaya, Singapore, Myanmar etc.
(viii) British forces liberated Myanmar, Malaya, Philippines and Singapore.
(ix) In the Potsdam conference on July 26, 1945, the Allied powers asked Japan to surrender, but Japan refused.
(x) America dropped the first atomic bombs on Hiroshima and Nagasaki on Aug 6, 1945 and Aug 9, 1945 resp.
(xi) Japan Surrendered on the terms of Potsdam declaration on Aug 10 and the war ended.
(xii) After the war, Axis Powers had to force the Following consequences:
a) At the end of world war II, Germany Was divided into Zones, each zone under the army of each of the Allied Powers.
• The Federal Republic of Germany (FRG), Known as west Germany was administered by UK, France and the U.S. with Bonn as the capital. It came under the capitalist ideology of the Anglo-American and their Allies and became part of the capitalist bloc.
• The German Democratic Republic (GDR), known as East Germany was administrated by the Soviet Union with East Berlin as the capital. It came under the influence of the political ideology of communist Russia and became part of the communist (or Eastern) bloc.
b) Japan & Italy became weak: They were not divided into zones to be governed by conquering forces. The American army occupied Japan until 1952, after which Japanese would have sole control over their own affairs. Emperor Hirohito was left on the throne as a constitutional monarch and the Japanese Parliament refrained some of its law-making powers. All lands acquired by Japan were taken away.

2) Formation of the UN –
The horrors of the two world wars and the failure of the League of nations led to a meeting of the Big Three Roosevelt (President of the USA), Churchill (Prime Minister of Britain), and Satin (Premier of the USSR) at Yalta in Feb 1945. They resolved to convince a conference of the representatives of all nations at San Francisco to draw up the charter of the united nations.
The UN was established on Oct 24, 1945 with its headquarters at the New York, to save the coming generation from the scourge of another war.

3) Cold war –
After the second World War, the USA and USSR emerged as two great powers representing contrasting ideology. Though both the countries did not engage in actual fight against each other, there was a state of extreme political tension between the two. This state of tension between countries in which each side adopted policies designed to strengthen itself and weaken the other without armed conflict, is known as the ‘Cold War’.

USA and USSR divided the world into two rival blocs

(i) The Democratic and capitalist Bloc –
The bloc led by the USA, called the western bloc or the American bloc believed in liberal democracy based on capitalism. This bloc comprised- Britain, France, Belgium, Italy, Canada, Australia, the Netherlands, Greece, Pakistan, Turkey, etc. They considered the political and social system of USSR as dangerous as it had no place for Parliamentary democracy and individual liberty. They Projected the USSR as the enemy of World peace and communism, a grave threat to freedom and liberty throughout the world.

(ii) The Communist Bloc –
The bloc led by the USSR, called the Eastern bloc or the Soviet bloc believed in communism based on Marxist theory. The soviet bloc considered the western style democracy as a Gorse, meant only for the rich and upper middle class. Hence they wanted to spread communism in the world and bring about a change in the social system of all the countries of the world. 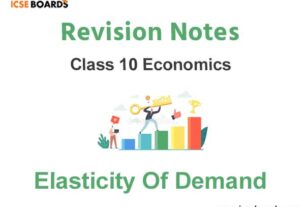 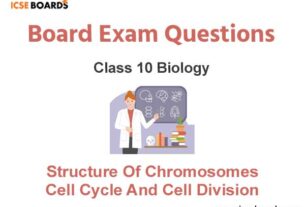 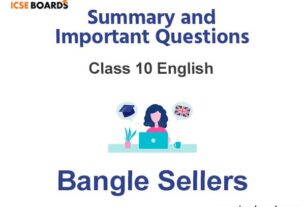