Question. What is Pedogenesis ?
Answer: The process of soil formation is called Pedogenesis.

Question. Define soils.
Answer: Soil is the thin layer of loose mixture of small rock particles and rotting organic matter that covers much of the world’s land surface.

Question. How are soils classified ?
Answer: According to its location, soil can be classified as :
(i) Residual or Sedimentary Soil: These soils are formed in their original position by the breaking up of parent rocks. They include black soil, red soil, laterite soil, desert soil, etc.
(ii) Transported Soil: These soils are transported by various agents of erosion and consist of sediments carried and deposited by rivers and winds.

Question. Explain how human action is responsible for soil erosion.
Answer: (i) The removal of vegetation cover for different land use like railway lines, roads, buildings or even agriculture has caused Sheet, Rill and Gully erosion.
(ii) Uncontrolled grazing of domestic animals in the valleys and the upper slopes.

Question. Name the type of soil which is :
(i) Formed due to volcanic activity.
(ii) Formed by decomposition of metamorphic rocks.
(iii) Formed as a result of leaching.
(iv) Agriculturally most important.
Answer: (i) Black soil.
(ii) Red soil
(iii) Laterite soil.
(iv) Alluvial soil.

Question. Mention two ways by which soil can get nitrogen.
Answer: Soil can get nitrogen by :
(i) Growing pulses as there are certain bacteria in the roots of pulses which have the ability to fix atmospheric nitrogen to form nitrogen compounds.
(ii) By use of nitrogenous fertilizers.

Question. Name the soil which :
(i) is good for the cultivation of cashew nuts.
(ii) covers almost all of West Bengal.
(iii) is a result of leaching.
Answer: (i) Laterite soil.
(ii) Alluvial soil.
(iii) Laterite soil.

Question. State two advantages of red soil.
Answer: (i) It is porous and has high percentage of iron oxide.
(ii) It is loose and aerated.

Question. Why has soil erosion become a pressing problem in India ?
Answer: (i) The loss of forest cover in India is estimated at 47,500 hectares. This loss of vegetation cover leads to sheet erosion of hilly slopes because
water instead of sinking into the ground washes the soil down.
(ii) In the absence of vegetation cover and washing off of the top soil, rills begin to appear on the landscape. In the third stage, the water run off during heavy rains may develop deep grooves causing gully erosion.

Question. Different regions in India have different kinds of soil.
Answer: (i) Various forces of nature such as changing temperature, running water and wind lead to soil formation.
(ii) India has varied relief features, climatic regions and vegetation types, these have led to the formation of variety of soils.

Question. What are the characteristics of alluvial soil ?
Answer: The special characteristics of Alluvial soil are :
(i) It is called ‘transported soil’ as it is carried by the rivers and deposited in the plains.
(ii) It is light and porous. Therefore ploughing this soil is easy.
(iii) It is fertile soil as it is rich in potash, humus and lime.
(iv) Has two broad classifications based on its age. They are
a) Khadar soil
b) Bangar soil
(v) In the upper reaches of the rivers this soil consists of coarser particles and in the lower courses it consists of finer particles. Thus the soil particles are not uniform everywhere.
(vi) It is deficient in Nitrogen.
(vii) This soil is more alkine (with pH value higher than 7) in drier areas.

Question. What are the characteristics of black soil ? OR Give characteristic features soil which is most suitable for growing cotton and sugarcane.
Answer: (i) Black soil is fine textured and clayey in nature.
(ii) It has high quantities of lime, iron, magnesium and generally poor percentage of phosphorous, nitrogen and organic matter.
(iii) It is black in colour as it is formed weathered lava rocks.
(iv) It is very clayey (up to 50% clay content) and, therefore, highly retentive of water Because of high clay content, these soils expand when wet and become difficult to plough. During the dry season, black soils shrink and develop big cracks which help in air circulation.

Question. What are the characteristics of red soil.
Answer: (i) Red soil has got its name from its colour.
(ii) It is porous and has high percentage of iron oxide.
(iii) It is generally shallow and its pH value ranges from Question.6 to Question.0.
(iv) It is loose and aerated.
(v) It is poor in nitrogen, phosphorus, potassium and organic matter.
(vi) It is ideal for dry farming as it is formed in poor rainfall areas.
(vii) It is not fertile but responds to fertilisers.
(viii) It needs irrigation support for cultivation.
(ix) It contains soluble salts in small quantities.

Question. What are the characteristics of laterite soil.
Answer: (i) Laterite soil are of a coarse texture, soft and friable.
(ii) It is red due to the presence of iron oxide which is formed by leaching. The soluble plant foods like potash are removed from the top soil leaving alumina and iron oxide.
(iii) It is a porous soil; silica is removed from it by chemical action. It is poor in lime and magnesium and deficient in nitrogen.
(iv) It does not retain moisture and hence is not fertile.
(v) It is acidic in nature as alkalis are leached.
(vi) It is considered suitable for building purposes.

Question. Explain the types of Soil Erosion by water.
Answer: (i) Sheet Erosion : It occurs on gentle slopes and is the slow removal of a thin layer of soil when vegetation is destroyed. Rainwater washes away the thin layer of bare soils.
(ii) Rill Erosion : When sheet erosion continues for long, the silt-laden run-off forms many finger-shaped rills or grooves over a large area. This is called rill erosion.
(iii) Gully Erosion : Due to heavy rainfall deep channels are carved on bare soils as the water flows with force downhill. Gully erosion removes nutrients and a heavy load of loose soils.
(iv) Stream Bank Erosion : Streams and rivers change their courses by cutting one bank and depositing the silt loads on the other.
(v) Leaching : After harvesting, farmers leave the soils bare for some time. During rainfall the nutrients in the soil are leached or percolated below.
(vi) Shore Erosion : Sea waves continously dash against coastal rocks and cause erosion. The broken material is then removed by the retreating sea waves.

Question. State the causes of soil erosion.
Answer: (i) Heavy Population Pressure on Land: The population continues to rise at a rapid rate because of which more forests are being destroyed to house and feed the increasing population.
(ii) Nature of Rainfall: India receives 80 to 90 per cent of rainfall in the monsoon season. Heavy downpour during monsoon months causes floods. In the remaining months droughts are frequent. This affects the soils.
(iii) Overgrazing: The cattle freely graze in open lands making them bare of vegetation. Winds carry away dry soil particles from the bare landscape. Thus, soil erosion takes place.
(iv) Bad Farming Techniques: The poor farmers plough fields in traditional ways. The farming techniques and small size of holdings lead to soil erosion on a large scale.
(v) Topography: Northeastern parts of India, Shiwaliks and hilly regions in South India are affected by soil erosion because of steep slopes and heavy rainfall. During heavy rainfall, soils are washed away by running water down the slope.
(vi) Deforestation: Forests are destroyed so that more land can be usedfor cultivation Cutting of trees exposes the soil to water and wind, which leads to soil erosion.

Question. Alluvial soils in the upper and lower course of rivers.
Answer: 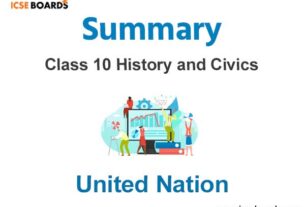 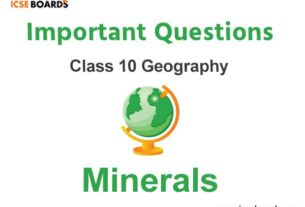