Students should refer to The Judiciary The Supreme Court Class 10 ICSE notes provided below which has been designed by ICSE Class 10 Civics teacher based on the latest syllabus and examination guidelines for ICSE Class 10 Civics. You should carefully read through and understand all topics of this chapter given below so that you can learn the concepts given in Chapter The Judiciary The Supreme Court which will be very useful if you use them prior to your Civics exams.

Meaning of single integrated system –
1) The supreme court is the head of the entire system and it not only supervises but also exercise control over the functioning of other court.
2) There are no sperate sets of law and a single civil and criminal system operates throughout the country.
3) All cases from the lower court can be taken to the High court and ultimately to the supreme court, by way of appeal.

Need for single Independent Judiciary –
1) In a democracy, administration of justice is important in view of the rights of individuals, which need protection against executive or legislative interference. This protection is given by making the judiciary independent of the other two organs of the government.
2) An independent and supreme judiciary is essential for a federal governance. In a federal setup, there is a constitutional division of power between the executive legislature and judiciary.
3) An Independent and impartial judiciary is important for ensuring human right and protecting democracy.

Composition –
Supreme court of India consist of a chief justice of India and not more than 30 other judges, until parliament by law prescribes a larger number of judges.

Term of office –
1) A judge of the supreme court shall hold office until he attains the age of 65 years.
2) A judge may resign his office, by submitting his resignation letter to the president.

Impeachment –
A judge of the supreme court cannot be removed from office except by an order of the president on the ground of proved misbehavior or incapacity. Such an order is passed after an address by each house of parliament supported by a majority of the total membership of that house and by a majority of not less than two- thirds of the members of the house present and voting this procedure is called Impeachment

Seat of supreme court – Supreme court shall sit in Delhi or any other place as decided by the chief Justice with the approval of the president.

INDEPENDENCE OF THE JUDICIARY FROM THE CONTROL OF EXECUTIVE AND LEGISLATIVE
Independence of the judiciary is ensured by the following devices:

2) Removal of Judges –
A judge can be removed by the president only for proved misbehavior and incapacity. Such an order is passed after an address by each house of parliament supported by a majority of the total membership of that house and by a majority of not less than two thirds of the members of the house present &voting. This is called Impeachment.
(i) Security of Tenure: A judge can remain in office till he has attained the age of 65 years.
(ii) Security of Salaries and Service Conditions: Salaries, allowances, etc. of the judges cannot be changed to their disadvantage during their tenure except in financial emergencies. Their salaries and allowances are charged on the consolidated fund of India and so are not subject to vote of Parliament.
(iii) Punishment for Contempt of Court: Supreme Court can punish for the Contempt of Court if a person or authority makes an attempt to lower its authority.
(iv) Full Control over its Procedure of Work and Establishment: The Supreme Court is free to decide its own procedures of work and its establishment as well as the conditions of service of its employees.
(v) No discussion can take place in the Parliament regarding the conduct of any judge or about the discharge of his duties except when there is a motion for his removal.
(vi) Prohibition of Practice after Retirement: Judges are paid pensions but they are not allowed to practice after their retirement.

JURISDICTION AND POWERS OF THE SUPREME COURT
Jurisdiction is the power that a court of law exercises to carry out judgements and enforce laws. The Supreme Court is the protector and the final interpreter of the Constitution.

1) Original Jurisdiction –
It is the power to hear and determine a dispute in the first instance i.e., those cases which cannot be moved in any court other than the Supreme Court.
(i) Centre-State or Inter-States Disputes:
The Supreme Court is given exclusive original jurisdiction in any dispute:
a) Between Government of India and one or more States.
b) Between Government of India and any State or States on one side and one or more States on the other.
c) Between two or more States.
(ii) Protection of Fundamental Rights:
If any Fundamental Rights of a citizen is violated, an individual can approach the Supreme Court and the Court can issues several writs for the enforcement of these rights.
(iii) Transfer of cases from Lower Courts:
Supreme Court may transfer to itself cases from one or more High Courts, if these involve questions of law, or cases of great importance. The court may transfer cases from one high court to another in the interest of justice.
(iv) Interpretation of Constitution:
All cases where interpretation of Constitution is need can be directly filed in the Supreme Court.

2) Appellate Jurisdiction –
It means the powers to grant special leave to appeal against the judgement delivered by any court in the country. It is a court of appeal which means that it is a court which may change the decision or reduce the sentence passed by the lower courts. The Supreme Court is the final Court of Appeal.
The Appellate Jurisdiction extends to:
(i) Constitutional cases: All matters irrespective of the nature, where a certificate is issued by a High Court that it involves an important point of law and needs interpretation of the constitution, can be brought before the Supreme Court.
(ii) Civil cases: Appeals in civil matter lie to the Supreme Court, if the High Court certifies:
a) That the case involves a substantial question of law of general importance
b) That the question needs to be decided by the Supreme Court
(iii) Criminal cases: 2 types of appeals in criminal cases lie in the Supreme Court:
a) Cases without the certificate of the High Court
b) Cases with the certificate of the High Court

3) Advisory Jurisdiction –
The Supreme Court can express its opinion in the following matters in an advisory capacity:
(i) Any question of law may be referred to the Supreme Court if the President considers that the question is of public importance and is necessary to obtain the opinion of the Supreme Court. Such opinion is not binding on the Court.
(ii) Disputes arising out of Pre-Constitution treaties and agreements which are excluded from original jurisdiction.

• The Court of Record has two implications:
a) Its judgements and orders are preserved as record, which can be produced in any court as precedents.
b) If a person commits a contempt of court, the court has the authority to punish him.

❖ The Supreme Court acts as the guardian of the Constitution. 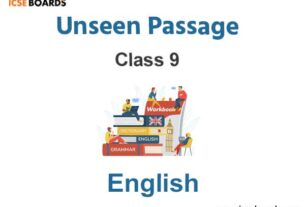 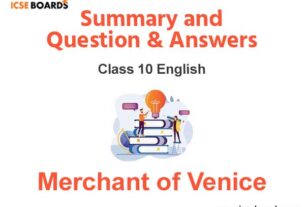