Students should refer to Prime Minister and Council of Minister Class 10 ICSE notes provided below which has been designed by ICSE Class 10 Civics teacher based on the latest syllabus and examination guidelines for ICSE Class 10 Civics. You should carefully read through and understand all topics of this chapter given below so that you can learn the concepts given in Chapter Prime Minister and Council of Minister which will be very useful if you use them prior to your Civics exams.

INTRODUCTION
The Constitution of India provides for a Council of Ministers, with the PM at the head, to aid and advise the President. President is only a nominal Head of the State.

Council of Ministers –
1) Cabinet Ministers:
(i) The cabinet is a core group that works closely with the PM.
(ii) They hold important portfolios like Home, Defence, Finance, etc.
(iii) They have a right to attend meetings of the Cabinet.
(iv) They determine the policy and programme of the Government.
2) Ministers of State:
(i) They are the second category of Ministers.
(ii) They may or may not hold an independent charge of any portfolio.
(iii) The PM may or may not consult them.
(iv) They do not participate in the cabinet meetings.
3) Deputy Ministers:
(i) They are the third category of Ministers.
(ii) They assist the Cabinet Ministers and the Council of Ministers.
(iii) They do not take part in Cabinet meetings.

Formation –
1) The Cabinet is composed of a small but important body of senior leaders of the party, who are included in the Council of Ministers.
2) They hold important portfolio and decide major policies of the Government.
3) They are the trusted men of PM.

Appointment –
PM selects his senior and trustworthy colleagues and advises the President to appoint them as Cabinet Ministers.

Term of Office –
1) PM and council of Ministers are directly responsible to the Lok Sabha and can remain in office so long as they enjoy the majority support in the Lok Sabha.
2) If the Lok Sabha passes a vote of No-Confidence against the council of ministers, they have to resign.
3) The President administers the oath of office to the Minister.
4) Every Minister must be a member of either House of the Parliament or must become one within six months of his appointment.
5) Salaries and allowances of Ministers are such as Parliament from time to time by law determines.

POWERS AND FUNCTIONS OF THE CABINET

1) Administration Powers –
(i) Policy Making:
The Cabinet formulates external and domestic policies of the Government. It takes decisions on matters like defence, economic policy, security needs, etc.
(ii) Implementation of Policies:
Once a policy decision is taken by the Cabinet, it is conveyed to the Minister of State and the Deputy Minister of the concerned Ministry.
They work out the details and pass it on to the civil servants under that ministry to implement the decision.
(iii) The Cabinet coordinates the working of various departments for the smooth implementation of Government policies.
(iv) Appointments:
All major appointments are made by the President but it is decided by the Cabinet. Ex: Judges of the High Court, Supreme Court, Governors of State, etc.

2) Legislative Powers –
(i) Introduction of Bills:
Cabinet initiates 95% of the Bills. Such Bills are called official Bills, which are given more importance over Private Bills.
(ii) Issuing Ordinances:
Cabinet advises the President to issue ordinances when the Parliament is not in session.
(iii) Summons and Prorogues the House:
Although the Houses are summoned by the President, initiative in this matter is taken by the Cabinet.
(iv) Amend the Constitution:
Cabinet is instrumental in planning and moving the Amendment to the Constitution.
(v) Source of Information:
The Cabinet Ministers answer the questions put to them in the Lok Sabha and thus provide information to the public.

3) Financial Powers –
(i) Budget:
The Finance Minister prepares the Annual Budget consisting of the estimates of the income and the expenditure of the year. The Budget is passed by the Parliament, usually no changes are made in the Budget against the wishes of the Cabinet. If any amendment to the Budget proposals is made by the Lok Sabha against the wishes if the Cabinet, it amounts to a vote of No-Confidence in the Ministry.
(ii) Introduction of Money Bill:
Cabinet is instrumental in initiating a Money Bill.
(iii) Finances of the Government:
Cabinet is responsible for the expenditure of the Government for presenting the demand for grants.

4) Emergency Powers –
President cannot declare a Proclamation of any emergency without receiving in writing the decision of the cabinet.

POWERS AND POSITION OF THE PRIME MINISTER
Prime Minister is the real head of the nation. President is the nominal head of the State.

3) PM and Parliament –
(i) PM is the leader of the Lok Sabha.
(ii) He is the spokesperson of the Government. All-important announcements on national policies is made by the PM.
(iii) He is the defender of all Government policies.
(iv) He interferes in controversial issues like the Centre-State relations, inflation, Foreign Affairs, etc.

4) PM as leader of the Nation –
(i) The PM represents the nation when he speaks, the whole nation speaks through him.
(ii) He decides the relationship of India with other countries.
(iii) He protects the interests of the country in international forums.
(iv) During General Elections, it is the proposed name of the PM for whom the people vote for or against.
(v) He is the ex-officio Chairman of the Niti Aayog and the Atomic Energy Commission.
(vi) During a national crisis like war, even the opposition parties support the PM.

1) Check on the Authority of the PM –
(i) The PM must ensure the support of his ministers and the party.
(ii) Opposition always look for a chance to criticize the PM.
(iii) The press and public opinion act as effective checks on PM’s authority.
(iv) In case of coalitions, when the PM does not enjoy an absolute majority in the Lok Sabha, his position becomes more vulnerable.

2) Collective Responsibility –
(i) Council of ministers are collectively responsible to the Lok Sabha.
(ii) The decisions taken in the Cabinet meetings are equally applicable to all the Ministers.
(iii) Ministers function as a team and they jointly share the responsibility for the Government policies.
(iv) Vote of No-Confidence against one minister is a vote against the whole ministry.
(v) If the PM resigns, others also resign.

3) Individual Responsibility –
(i) Every minister is individually responsible to the President.
(ii) Each minister is answerable to Parliament for the department under his control.
(iii) Each Minister is responsible for matters such as personal lapse, departure from official policy, breach of oath of secrecy, etc.
(iv) If the PM is not satisfied with the work of any of his Ministers, he can ask them to resign. 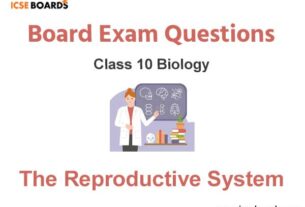 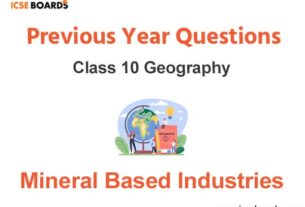 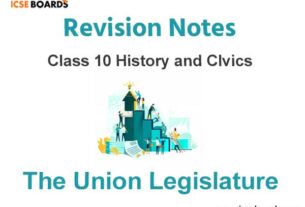