ICSE Students can refer to The Old Man at The Bridge Summary ICSE below which has been prepared by expert English teachers of ICSE as per that latest syllabus and guidelines issued by ICSE. These Chapter summaries have been prepared to help students to understand the entire chapter easily. You can also refer to more study material for ICSE Class 10 on our website

ICSE Class 10 English The Old Man at The Bridge Summary

We have provided below a summary of Chapter The Old Man at The Bridge. This is an important chapter in Standard 10th ICSE English. The summary provided below has been prepared by expert English faculty for ICSE based on the latest ICSE books. You should refer to all Chapter Summaries ICSE Class 10 English which will help you to understand all chapters and to get more marks in exams.

The Old Man at The Bridge ICSE Class 10 English

Ernest Hemingway( 21 July 1899 – 2 July 1961), started his career as a journalist at the age of seventeen. During the First World War, he joined a volunteer ambulance unit in the Italian army. After being wounded and spending much time in hospitals, he returned back, and devoted himself to fiction writing. His first important work being ‘The Sun Also Rises’ (1926). Then equally successful was, ‘A Farewell to Arms’ (1929). His other famous novels being ‘For Whom the Bell Tolls’ (1940) and ‘The Old Man and the Sea’ (1952). He received the prestigious Pulitzer Prize for the latter.
In this work, Hemingway usually portrays people like soldiers, hunters etc. whose courage and honesty are set against the hardships of the modern society. His fiction mostly contains gloominess and pessimism .

The plot of the story is set at a pontoon bridge near the Ebro Delta, on an Easter Sunday, during the Spanish Civil War. The enemy attack is anticipated. The area is being evacuated. All civilians are crossing the bridge to save themselves. The narrator, who was a young army officer, had the duty to watch the advancement of the enemy, notices an old man, the protagonist of the story, sitting by the side of the road. He wore steel framed spectacles and very dusty clothes.
The officer is constantly keeping a watch across the bridge. He observes that the people and the cart on the bridge were reducing. He finally approaches the old man and questions him. The old man tells him that he had just travelled two kilometers from his village of San Carlos and cannot walk further as he is extremely tired. He adds that he was the last man to leave the village. There his duty was to take care of his animals which consisted of a cat, two goats and four pairs of pigeons. They were his family and he was very anxious about them. He says that the cat will be fine because cats can look after themselves, but he doesn’t know what will happen to the other animals.
The narrator who was nervously awaiting the advent of the enemy is concerned about the old man’s safety and tells him to walk up the road and catch a ride on a truck to Barcelona. But the old man states that he is seventy six years old, had already travelled much and will not be able to go any further. All the more, the safety of his animals was disturbing him.
But the narrator assures him that his animals will be fine. The pigeons will fly away, but the old man still worries about the goats. The narrator consoles him saying it is better not to think about it. The old man makes an effort to get up and walk but he is too exhausted and is unable to proceed. The story ends with the narrator thinking that the old man’s only luck is that the cats can look after themselves and that the day is overcast so the fascists aren’t able to launch the planes.

Question. Where was the old man sitting? Describe him.
Ans. The old man was sitting by the side of the road. He wore a steal rimmed spectacle and had black dusty clothes. He neither looked like a Shepherd nor like a herdsman. He had a gray dusty face and seemed to be tired.

Question. What was the narrator’s business?
Ans. The narrator‘s business was to cross the bridge, explore the bridgehead beyond and find out to what point the enemy had advanced.

Question. Why is the speaker worried about the old man sitting there?
Ans. It was a war-like situation (The Spanish Civil War) and the enemies were advancing forward and soon their planes would launch bombs on the bridge. So, the narrator was worried that the man might get killed unless he gets to a safe distance.

Question. Where had the old man come from? Why?
Ans. The old man had come from San Carlos. He had come because of the artillery during the Spanish war. The captain had told him to leave the place.

Question. What animals did he own? What had he done with them?
Ans. The old man owned two goats, a cat, and four pairs of pigeons. He had left the animals behind in his native town because of the artillery fire.

Question. What advice does the narrator give to the old man?
Ans. The narrator advises the old man not to keep sitting by the roadside as the enemy was advancing and soon their planes would launch bombs on the bridge. He tells him to go up the road to where it divided for Tortosa as there were trucks there which would take the old man to Barcelona.

Question. Why is the old man worried?
Ans. The old man was worried about the animals which he had left behind in his native place. He was more worried about his goats as they were not safe under the artillery and they could not escape like the cat or fly away like the doves.

Question. Why doesn’t the old man cross the bridge and escape to a safer place?
Ans. He had already travelled twelve kilometers, so he was too tired to go any further. He was weak, the old man had no family and he had left his animals behind, he felt helpless as he couldn’t save his animals; he had surrendered himself to his fate.

Question. Mention any two incidents in the story that show the consequences of a war.
Ans. People become homeless as men, women and children had to leave their native place along with their belongings to save themselves. War separates people from their loved ones just like the old man had to leave behind his animals whom he loved a lot.

Question. How does the narrator try to relieve the old man of his worries?
Ans. The narrator tries to convince the old man that the animals would probably be alright. The cat would take care of itself; the dove would fly away since the old man had left the cage unlocked. He advises him not to worry about others and urges him to go to a safer place.

Question. What happened to the old man at the end of the story?
Ans. The old man gets to his feet, sways from side to side and then sits down backward in the dust. He chooses to stay back there and face his death. 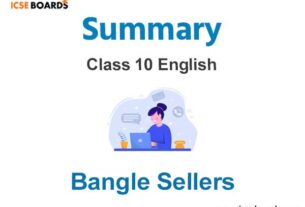 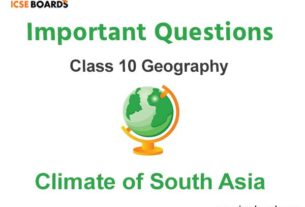 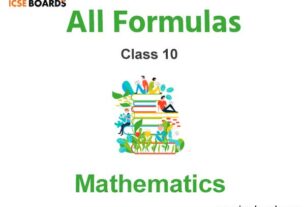