Students should refer to The Union Legislature The Union Parliament Class 10 ICSE notes provided below which has been designed by ICSE Class 10 Civics teacher based on the latest syllabus and examination guidelines for ICSE Class 10 Civics. You should carefully read through and understand all topics of this chapter given below so that you can learn the concepts given in Chapter The Union Legislature The Union Parliament which will be very useful if you use them prior to your Civics exams.

FEDERAL SETUP
In a federal system of government all the administrative powers are divided between the central and the state governments by the Constitution and both are supreme within their respective spheres.

Importance of Federal Setup –
1) India is a large country; hence this division is essential to maintain unity and integrity.
2) It is suitable for our country due to the diversity.
3) Division of legislative and administrative powers between the Union and State Governments with Supreme Court at the apex to look after the distribution of powers.
4) With a bi-cameral legislature [Two Houses], the States get an opportunity to be a part of the functioning of the Government (Rajya Sabha members are mainly representatives of States).

THE UNION PARLIAMENT
The Union Legislative comprises the President and the two Houses of Parliament –
The House of the people (Lok Sabha) and the Council of the States (Rajya Sabha).

LOK SABHA
House of the people

Manner of Election –
Members are directly elected through the Universal Adult Franchise through Secret Ballot.

Disqualification of membership (for both Houses) –
1) If a member holds any office of profit under the Court of India or the Government of any State (other than an office exempted by Parliament by law)
2) If he/she is of unsound mind and is proved so by a Competent Court.
3) If he/she is an undischarged insolvent.
4) If he/she is not a citizen of India or has voluntarily acquired citizenship of a foreign State
5) If he/she is disqualified by or under any law made by the Parliament.

Vacation of Seats –
The seat of a member of either House of Parliament becomes vacant in the following situations:

PARLIAMENTARY PROCEDURES
1) Sessions –
(i) The President summons each House of Parliament.
(ii) As per the constitution, the interval between two sessions should not be more than 6 months.
(iii) Normally, there are 3 sessions in a year. The budget session (Feb-May); Monsoon session (July-Aug); Winter session (Nov-Dec).

2) Quorum –
(i) It means the minimum number of members required to be present for transacting the business of the House.
(ii) The quorum of the Lok Sabha and the Rajya Sabha is one-tenth of the total membership of each house.

3) Question Hour –
(i) The first hour on every working day of the House is reserved for questions unless otherwise decided by the speaker. This hour (which starts at 11 am) is the Question Hour.
(ii) All members of the House have a right to ask questions to the Government on matters of public interest which is called interpellation.
(iii) The questions have to be submitted to the speaker, addressed to the speaker and should be submitted with a 10 days’ notice in advance.

4) Zero Hour –
(i) The period begins at 12 o’clock and continues till the lunch break which begins at 1 o’clock.
(ii) Members raise all types of questions, without any permission or prior notice

5) Motions –
A motion is a formal proposal made by a member stating that the House should take up some particular matter which is of public importance. Through these motions, the members try to draw attention of the Government on particular matter.

(i) Adjournment Motion:
a) It means a proposal to lay aside all other business and to take up a definite matter of urgent importance
b) It interrupts the normal business of the House
c) It is normally allowed in situations like railway accidents, resulting in death of several people, some natural calamity or a communal tension
(ii) No-Confidence Motion:
a) It is a proposal expressing lack of confidence in the Ministry.
b) It is passed with the support of 50 members and taken up for discussion, within 10 days from the day on which the leave is granted.
c) If the motion is passed, the Government has to resign.
(iii) Confidence Motion is the reverse of the No-Confidence Motion

SPEAKER OF THE LOK SABHA
The speaker is the presiding officer of the Lok Sabha. He/she conducts the business of the House.

Election –
1) The speaker is elected from its own members soon after the newly elected House meets for the first time.
2) Speaker does not vacate the office, when the House is dissolved. He/she remains in office till a new speaker is elected by the new Lok Sabha in its first meeting.
3) Elected for a term of 5 years
4) The speaker may resign on health or on other grounds by submitting a letter of resignation to the Deputy Speaker. He/she can also be removed by the Lok Sabha if the majority of the members pass a resolution.

FUNCTIONS OF THE SPEAKER
1) Business of the House –
(i) Speaker presides over the meetings of the House. All speeches and remarks are addressed to the speaker. He allots time for discussion.
(ii) Speaker interprets the rules of procedure of the House. His/her decision in all parliamentary matters is final.
(iii) All Bills passed by the House are signed by him/her before they are sent to the Rajya Sabha or to the President for his assent.
(iv) Puts the issues to vote and announces the results but does not vote unless there is a situation of tie.
(v) Decides whether a Bill is a money Bill or not.

2) Administrative functions –
(i) Speaker receives all petitions and documents in the House.
(ii) Communicates the decisions of the House to the concerned authorities.
(iii) Regulates the admission of visitors and press correspondents to the galleries of the House.

3) Disciplinary Functions –
(i) Maintains order in the House. If member become unruly, he may order them to withdraw, may suspend a member, if he/she disregards the authority of the chair.
In case of grave disorder, he can adjourn the House.
(ii) If a member uses indecent or unparliamentary words, speaker may order such words to be excluded from the proceedings of the House.
(iii) Decides whether a member is disqualified under Anti-Defection Law.

5) Miscellaneous Functions –
(i) The speaker presides over the joint sessions of both the Houses of Parliament
(ii) In consultation with the chairman of the Rajya Sabha, he nominates personnel for Parliamentary Delegations to various countries.
(iii) He presides over the Conference of Presiding officers of legislative bodies in India.

RAJYA SABHA
The Upper House or the Council of States

Composition –
Maximum strength → 250 members, 238 members are representatives from various States. 12 members nominated by the President from among persons who have excelled in arts, music, sports, etc.

Term –
Rajya Sabha is a permanent House. It cannot be dissolved like the Lok Sabha. Each member is elected for a period of 6 years. One-third of the total members of the House retire after every two years.

Disqualification –
1) If a member holds any office of profit under the Court of India or the Government of any State (other than an office exempted by Parliament by law)
2) If he/she is of unsound mind and is proved so by a Competent Court.
3) If he/she is an undischarged insolvent.
4) If he/she is not a citizen of India or has voluntarily acquired citizenship of a foreign State
5) If he/she is disqualified by or under any law made by the Parliament.

Presiding officers:
1) The Vice-President of India is the ex-officio chairman of the Rajya Sabha. He presides over its meetings.
2) Rajya Sabha elects a Deputy Chairman from among its members. In the absence of Chairman, he performs all functions and deputies of the Chairman.

POWERS AND FUNCTIONS OF THE PARLIAMENT (RAJYA SABHA AND LOK SABHA)

2) Financial Powers –
A money Bill can originate in the Lok Sabha only. After a Money Bill is passed by the Lok Sabha, it is sent to the Rajya Sabha for its recommendations; which it must make within 14 days. In financial matters, the Rajya Sabha has only an advisory role.
(i) The Budget:
The Parliament passes the Union Budget containing the estimates of receipts and expenditure of the Government for a financial year. The Budget is presented in two parts, the Railway Budget and the General Budget.
(ii) Supplementary Grants:
If the amount authorised for the current financial year is not sufficient, the Government may make a fresh demand known as the ‘Supplementary Grant’.
(iii) Vote on Account:
If the Union Budget is not passed before the beginning of the new financial year, i.e., April 1, there would be no money for the Executive to spend. Thus, a device known as ‘Vote on Account’ authorises the Executive to draw funds from the Consolidated Fund until the budget is passed by the Parliament.
(iv) Salaries:
The salaries and allowances of MPs and Ministers are determined by Parliament.
(v) Permission for Taxes:
No tax can be imposed or money spent by the Government without the approval of the Parliament.

3) Judicial Powers –
(i) Impeachment of the President:
Parliament can remove the President from office through impeachment. In case of violation of the Constitution or grave misconduct, either House may frame charges against the President. If a resolution is passed by a two-third majority of total membership of the House and by the majority of members present and voting, the other House investigates the charges. If the other House too finds the President guilty he may be removed from office.
(ii) Removal of Judges, etc.:
Parliament can remove the Judges of the Supreme Court and the High Courts, the Chief Election Commissioner etc., if they are found guilty of violating provisions of the Constitution.

5) Constitutional Function –
Both Houses of Parliament can amend the Constitution. The amendment must be passed by each House by a majority of total membership and by a two-third majority of members present and voting.

6) Executive Functions –
The Council of Ministers is collectively responsible by the Lok Sabha. Ministers remain in office as long as they enjoy the confidence of a majority of members in the Lok Sabha.

Parliament exercises control over the Executive in the following manner:
(i) Interpellation:
Question Hour is an important device to seek information from the Government about its policies and performance. The first hour of a sitting in both Houses is allotted for asking and answering of questions. The questions are asked to obtain information on a matter of public importance or to highlight a grievance.
(ii) Vote of No-Confidence:
If a Government acts against the Constitutional provisions, it can be voted out of office by passing a vote of No-Confidence against the PM, or the Ministry as a whole or any of its members. In such a case, the whole Ministry resigns.
(iii) Adjournment Motion:
It is a proposal to lay aside all other business and take up a ‘definite matter of urgent importance’. Such motions are allowed on subjects such as: a railway accident resulting in the death of several persons; natural calamity like a devastating flood or a tornado, communal tension, etc.
(iv) Monetary Control:
During the budget session a Cut motion may be moved. Parliamentary Committee on Public Accounts ensures that public money is spend in accordance with Parliament’s decision.

1) Parliament may alter the name or boundary of the State if needed, it can also form a new State by merging the territories of existing States or by separating a part of a territory from a State.
2) It makes laws regarding the composition, jurisdiction and powers of the Supreme Court.
3) The Parliament may establish a common High Court, for two or more States. 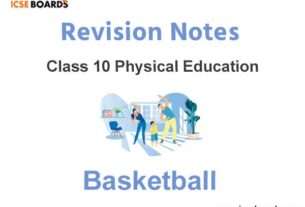 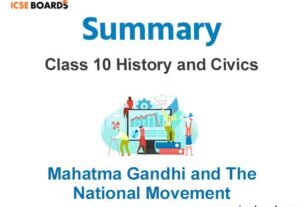