Students should refer to United Nation Class 10 ICSE notes provided below which has been designed by ICSE Class 10 History teacher based on the latest syllabus and examination guidelines for ICSE Class 10 History. You should carefully read through and understand all topics of this chapter given below so that you can learn the concepts given in Chapter United Nation which will be very useful if you use them prior to your History exams.

We have provided below a summary of Chapter United Nation. This is an important chapter in Standard 10th ICSE History. The summary provided below has been prepared by expert History faculty for ICSE based on the latest ICSE books. You should refer to all Chapter Summaries ICSE Class 10 History which will help you to understand all chapters and to get more marks in exams.

Scope of syllabus:
• Objectives of the UN
• Composition and functions of the General Assembly, security council and the International court of Justice

INTRODUCTION
• UNO came into existence on 24th Oct. 1945 [San Francisco].
• Headquarters – New York, USA except the international court of justice[ICJ], which is located at The Hague in Netherlands.
• 50 countries signed UN charter, on June 26, 1945.

Flag – The UN flag is light blue in colour. Un Emblem is portrayed in white at its centre. A polar map of the world embraced by twin olive branches.
The Flag was adopted on Oct. 20, 1947.
Official Languages – French, Arabic, Chinese, English, Russian, Spanish. Documents are written in working languages English and French.
Membership – Membership of the UN is open to all peace-loving nations who believe in the principles of UN and accept the obligations of the UN charter

Objective of the UN –
1) To maintain international peace and security.
2) To develop friendly relations among nations.
3) To achieve international co-operation in solving international economic, social, cultural and humanitarian problems.
4) To be a centre for harmonizing the actions of nations.
5) Disarm, decolonize and develop are the three new objectives set by the UN.

Principles of the UN –

Composition –
1) All members of UN are members of General Assembly.
2) Each state has five representatives in General Assembly, but each state has one vote.
3) Regular session begins each year on the 3rd Tuesday in September and ends 3rd week of December.
4) At the start of each regular session, General Assembly elects new President, 21 Vice-Presidents and the Chairmen of the Assembly’s six main committees.
5) To ensure equitable geographical representation, the Presidency of the Assembly rotates each year among five groups of states: Africa, Asia, Eastern Europe, Latin America, Western Europe and other states.

Powers and Functions –
1) To appoint the Secretary- General on the recommendation of the security council.
2) To elect the non-permanent members of the security council, the Economic and Social council and the Trusteeship council, and to elect the judges of the ICJ.
3) To consider and approve the budget of the United Nations and to apportion the contributions among members.
4) To make recommendations for the peaceful settlement of disputes.
5) To initiate studies and make recommendations to promote international political, social and economic co-operation.
6) To consider and make recommendations on the principles of co-operation, in the maintenance of international peace and security.

Composition –
1) The council consists of 15 members.
2) It has five permanent members- China, France, Russia, Britain and the USA.
3) The regional representation of the ten non-permanent members is
(i) Afro-Asian Countries – 5
(ii) Latin American Countries- 2
(iii) West European and other countries – 2
(iv) East European Countries – 1
4) The ten non-permanent members are elected by the General Assembly by a two-third majority for two years.
5) Retiring member is not eligible for immediate re-election.
6) Presidency of the council rotates monthly, according to the English alphabetical listing of its member states.

Functions and Powers –
1) To maintain international peace and security in accordance with the Principles of the UN.
2) To investigate any dispute which might lead to international friction and to take military action against an aggressor.
3) To formulate plans for the establishment of a system to regulate armaments.
4) To determine the existence of a threat to the peace or act of aggression and to recommend what action should be taken.
5) To take military action against an aggressor.
6) To recommend the admission of new members.
7) To exercise the trusteeship functions of the UN in ‘strategic areas’.
8) To recommend to the General Assembly the appointment of the Secretary-General and together with the Assembly, to elect the Judges of the ICJ.

Composition –
1) The court is composed of 15 judges elected to nine- year terms of office by the UN General Assembly and Security Council sitting independently of each other.
2) Not include more than one Judge from any nationality.
3) Elections are held every three years for one-third of the seats and retiring judges may be re-elected.
4) The court elects its President and Vice-President for a three-years term. They may be re-elected when their term expires.
5) Court has the power to appoint its Registrar.

Powers and Functions –
1) Only member states of the UN are entitled to appear before the ICJ.
2) Settle disputes between members states in accordance with the International Law.
3) Advice General Assembly or Security Council on any legal questions.
4) Advice other organs of UN or request on legal matter.
5) Its jurisdiction extends to disputes on interpretation of international law, reparation i.e. compensation for the breach of an international obligation.
• ICJ is the principal judicial organ of the UN.

MAJOR AGENCIES OF THE UN

Objective –
To look after children’s welfare especially in developing countries by providing people with low cost community-based services in material and child-health, nutrition and immunization etc.

Functions –
1) Protection of children in respect of their survival, health and wellbeing.
2) Provides funds for training personnel, including health and sanitation workers, teachers and nutritionists. Universal child Immunization against preventable diseases was one of the leading goals of UNICEF.
3) Provides technical supplies, equipment and other aids, ranging from paper for textbooks, to equipment and medicines to health clinics, to pipes and pumps for bringing clean water of villages.
4) Provide help to children and mothers in emergencies arising from natural calamities, epidemics etc.
5) Makes effort to prevent diseases like T.B., Malaria, Eye Diseases etc.
6) As the sole agency for children, it speaks on behalf of children and upholds the convention on the rights of the Child and works for its implementation.

Objective –
Attainment of the highest possible level of health by all people.

Objective –
To contribute to peace and security in the world by promoting collaboration among nations through education, science, culture and communication.

Functions –
1) Emphasis on education of women and girls.
2) Removal of illiteracy by encouraging adult education, distance- education and the open school system.
3) Financial assistance for educating disabled children.
4) Provision of grants and fellowships to teachers and scholars, organization of library systems, and promotion of international understanding through education.
5) Organization of book fairs and festivals at international and national levels.
6) Encouragement of science education by providing regional training centers.

Scientific Activities –
1) Organizes seminars and conferences of scientists of various countries and circulate information through Journals, press and exhibitions.
2) Promotes basic research in fields like geology, mathematics, physics and oceanography.
3) Helps in correcting the imbalance in scientific and technological manpower that exists.

Communication –
1) Assists developing countries to develop communication.
2) Improves the quality of the press, the films and video services.
3) To set up regional networks, trained technicians and dealing with both hardware and software aspects of informatics.
4) Upholds the freedom of the press and independence of the media.

Preservation of Cultural Heritage –
1) Provides technical advice and assistance, equipment and funds for the preservation of monuments and other works of art. It has prepared a ‘World Heritage List’ to indemnify the monuments and sites which are to be protected.
2) Aims to protect the world inheritance of books, works of art and rare manuscripts.
3) Pays attention towards the cultural development through the medium of films.
4) Sends cultural missions to different countries for the development of contacts for promotion of peach and prosperity. 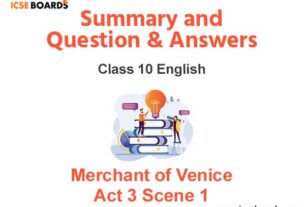