Question 2: What is Genetics?
Solution 2:
Subject that deals with the inheritance and Variation. The transfer of similar character from parents to their offspring.

Question 3: What is heredity?
Solution 3:
The term heredity is defined as transmission of genetic characters from parents to offspring.

Question 6: Which seven characters did Mendel use for his experiments?
Solution 6:

Question 7: Define the following:
(i) Genotype
(ii) Phenotype
(iii) Homozygous
(iv) Heterozygous
(v) Allele
(vi) Dominant
(vii) Recessive
Solution 7:
Genotype – Representation of genetic complement of an individual with respect to one or more character.
Phenotype – It is observable morphological apperance.
Homozygous – Two alleles of a gene are identical.
Heterozygous – An individual having two different alleles.
Allele – Genes which code for a pair of contrasting traits are known as alleles.
Dominant – Factors that expresses itself is called dominant.
Recessive – Factors that fail to express is termed as recessive

Question 8: Who was Mendel?
Solution 8:
Gregor Johann Mendel was the first to demonstrate the scientific basis of inheritance and variation by conducting hybridisation experiment. He is called the ‘Father of Genetics’.

Question 10: What do you understand by monohybrid cross?
Solution 10:
Monohybrid cross is a cross between one pair of contrasting trait of a character or alleles.

Question 12: What do you infer from the law of segregation?
Solution 12:
The law is based on the fact that the two factors of a character present in an individual do not get mixed up. During gamet or spore formation factors of a pair separate or segregate from each other so that a gamet carries only one factor of a character

Question 14: Elucidate “Law of independent Assortment”. Explain how Mendel achieved it.
Solution 14:
Thak Law states that when two pairs of opposing characters in a hybrid the distribution of one pair of traits is independent to the other pair of the trait.
Based on dihybrid ratio of 9:3:3:1 in F2 generation, Mendel discovered that when a plant with two dominant alleles was crossed with another with the matching recessive alleles in the F2 generation
These were novel recombinations that have never been seen before in either the parent or F1 generations.

Question 15: How are Mendel’s laws important?
Solution 15:
Below are the Importance of Mendel’s Laws:
1. It is simple to create a hybrid with the necessary characteristics.
2. Two characters that is dominant and recessive can be found.
3. Improved crosses.
4. In needed pure recessive traits can be used
5. Even before a cross is made, the genotypes and phenotypes of the next generation can be predicted.

Question 16: Give three exceptions to Mendel’s laws.
Solution 16:
Exceptions to Mendel’s Laws are-
Incomplete Dominance–F1 phenotype does not resemble either of the two parents and is in the between the two
Linkage–physical assessment of the two genes on similar chromosome
Multiple Allelism- presence of more than two allel for the same character

Question 18: What determines the sex of a child in humans?
Solution 18:
In humans, sex chromosomes determine a child’s gender

Question 19: Predict the genotype and phenotype of the following crosses in pear.
(i) TT×Tt
(ii) tt×TT
(iii) TTrr×ttRR
(iv) TtRr×TtRr
(Capital letters show dominance)
(i) Give the ratio of phenotypes of these crosses.
(ii) Mention whether the cross is a monohybrid or dihybrid.
Solution 19:

Question 20: Note down the allele pairs studied by Mendel. Mention which allele is dominant.
Solution 20:

Question 23: How is sex of zygote determined in humans?
Solution 23:
Human beings have 22 pairs of autosomes and one pair of sex chromosomes all the ova formed by female are similar in their chromosome type (22+X) therefore female are homogametic male individual produce two types of sperm during the process of spermatogenesis 50% of the total sperm produce is the X chromosome and rest 50% has Y chromosome beside the autosomes. there is an eQuestion ual probability of fertilization of the oven with the sperm carrying either X aur y chromosome if ovum fertilises (22+X) with type sperm The zygote develops into a female (44+XX) and the fertilization of ovum with(22+Y) type sperm result into the male individual (44+XY). this, genetic makeup of a sperm determine the sex of a child. IT is also clear that in each pregnancy there is a always 50% or half probability of either a male or female child.

Question 24: What do you understand by sex-linked inheritance?
Solution 24:
Sex related characters are characters or traits that are controlled by genes found on the sex chromosome

Question 25: What do you know about haemophilia?
Solution 25:
It is X linked recessive trait therefore shows its transmission from normal carrier female to male progeny. Due to presence of defective form of blood clotting factor exposed blood of effective individual fail to coagulate.

Question 26: What is colour blindness?
Solution 26:
Colour blindness is a recessive sex linked trait in which the eye fails to distinguish between Red and green colours.

Question 32: What is sex-linked inheritance?
Solution 32:
Sex related characters are characters or traits that are controlled by genes found on the sex chromosome.

Question 33: (i) State Mendel’s law of dominance.
(ii) Suppose you are given two pairs of contrasting characters:
Seed colour →yellow and green
Seed coat→ round and wrinkled
Fill in the following table to show that F2 generation according to the principle of independent assortment as given by Mendel

Question 34: Answer the following briefly:
(i) Explain with the help of a chart what will be the colour of a child’s hair if father has got dominant gene for black hair and mother has recessive gene for brown hair?
(ii) Explain the following terms:
(a) Laws of Inheritance.
(b) Identical twins.
(iii) Define the term heredity.
Solution 34:
(i)

(a) Inheritance Law: Mendel experimented with several garden pea varieties before formulating a few laws to examine the inheritance of traits in living organisms.
(b) Identical twins: After conception, a single fertilised egg or zygote separates into two halves, resulting in the creation of two separate embryos that later mature into identical twins.
(iii) Heredity can be defined as the transmission of genetically determined features from one generation to the next.

Question 35: A family consists of two parents and their five children and the pedigree chart below show the inheritance of the trait colour blindness.

i) Who is colour blind in parents- Father or Mother?
(ii) How many daughters and sons have been born in the family?
(iii) What does the child 1 indicate about this trait?
(iv) Complete the depiction of all probabilities of the trait among the children 2-5 in the chart.
(v) On which chromosoms is the gene of this trait located?
(vi) Name one other trait in humans which follows the similar inheritance.
Solution 35:
(i) Father is colorblind
(ii) 3 daughters and two sons.
(iii) Child 1 is colorblind.
(iv) All daughters from 2-5 are carriers while all the sons are normal.
(v) Xchromosome.
(vi) Haemophilia.

(vi) If any of Mendel’s characters were linked; one would have been unable to derive.
(a) Law of Dominance
(b) Law of Segregation
(c) Law of Independent Assortment
(d) None of these

(viii) If a pea plant with round seeds is selfed and the offspring are in the ratio 3:1, then the plant is
(a) homozygous
(b) heterozygous
(c) both
(d) none of these

(xv) A single recessive trait, able to express must be on
(a) Y chromosome
(b) X chromosomes in male
(c) X chromosome in female
(d) autosome 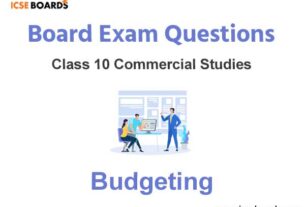 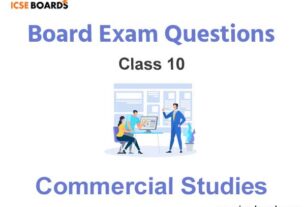