Question. Name the characteristics of Object Oriented Programming that hides the complexity and provides a simple interface.
a. Encapsulation
b. Polymorphism
c. Abstraction
d. Inheritance

Question. Which among the following modifier is used in a ‘class’?
a. public
b. default
c. Both a and b
d. None of these

Question. Which among the following is a valid class name?
a. Simple Interest
b. SimpleInterest
c. 1SimpleInterest
d. [email protected]

State whether the following statements are True (T) or False (F).

Question. Encapsulation refers to the art of hiding the complexities and giving a simple interface.

Question. Java is an example of Object Oriented Language.

Question. Hiding the complexity and giving a simple interface is called Inheritance.

Question. Abstraction is same as encapsulation.

Question. An object is called a class factory.

Question. A class is an instance of an object.

Question. A class is a mechanism to implement encapsulation.

Question. Data members in a class is used to represent the characteristic of an object.

Question. The new operator is used to create an object.

Question. It’s a rule to have a class-name beginning in capital letter.

Fill in the blanks.

Question. What is abstraction? How is encapsulation related to it?
Answer. Abstraction is a principle of Object Oriented Programming (OOP) that hide certain details and only show the essential features of the object.

Question. What is Inheritance?
Answer. Inheritance is the concept that when a class of objects is defined, any subclass that is defined can inherit the definitions of one or more general classes.

Question. Define Encapsulation.
Answer. Encapsulation is a principle of Object Oriented Programming (OOP) that binds together characteristics and behaviour of an object into a single unit represented by a class.

Question. What is a literal?
Answer. Literal is a constant value that can be assigned to a variable.

Question. What are identifiers?
Answer. Identifiers are the names of variables, methods, classes, packages and interfaces.

Question. What are keywords? Give an example.
Answer. A keyword is a reserved word that has a special significance to the compiler and cannot be used anywhere else other than what it is intended for. Example- for, if, else, while etc.

Question. State two differences between a class and an object.
Answer.

Question. State the Java concept that is implemented through:
i. A super class and a sub-class.
ii. The act of representing essential features without including background details.
Answer. i. Inheritance
ii. Abstraction

Question. State the difference between an accumulator and counter.
Answer. Accumulator is a variable that is used to add or accumulate a list of items. Counter on the other hand is a variable, which is used to keep track of the number of times an operation is being performed.

Question. Which two access specifier is used in a class declaration?
Answer. public and default

Question. What is meant by precedence of operators?
Answer. When several operations occur in an expression, each part is evaluated and resolved in a predetermined order called operator precedence.

Question. Write a program to input the Principal, Rate and Time and calculate the Simple Interest. 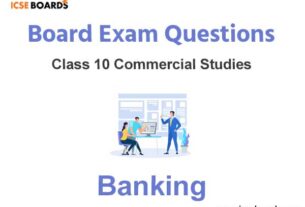 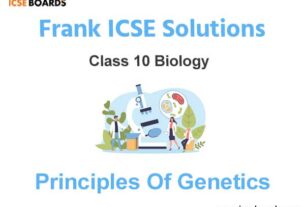