Question 1: Which one of the following has the smallest number of chromosomes?
(a) Onion
(b) Mouse
(c) Monkey
(d) Ascaris

Questions 1: Differentiate between:
(a) Genotype and phenotype.
(b) Character and trait.
(c) monohybrid and dihybrid cross (phenotypic ratio)
Solution 1:

Question 2: Among lion, tiger and domestic cat, al the three have the same number of 38 chromosomes, yet they have different appearances. How do your account for such differences?
Solution 2:
The physical appearance, physiological functions, and behavior of a species are not only determined by chromosome number but also depend on the genotype of each individual. That means that the set of genes present in the organisms might differ, and while the lion, tiger, and domestic cat all have 38 chromosomes, their properties (such as varied appearances) are determined by the genes located on the chromosomes.

Question 3: List any three features of garden pea with their dominant and recessive traits.
Solution 3:

Question 1: Explain the following terms:
(a) heterozygous
(b) Homozygous
(c) Pedigree chart.
Solution 1:
(a) Heterozygous: When a pair of homologous chromosomes has distinct alleles for a certain character, this is called heterozygous.
For example –
(i) A girl (XXo) with one normal and one faulty allele for colour vision (XX) from a normal homozygous mother and a colour blind father has one normal and one defective allele (XoY).
(ii) The Rr genotype is heterozygous in some tongue rollers.
(b) Homozygous: When a pair of homologous chromosomes carry similar alleles for the same character, this is known as homozygosity.
For example –
(i) A colorblind daughter (XoXo) will have faulty alleles on both X chromosomes.
(ii) A non-genotype roller is rr (homozygous).
(c) Pedigree Chart: A pedigree chart is a graphic that depicts the appearance and phenotypes of a gene or organism, as well as its ancestors, from one generation to the next. Males are represented by squares in the pedigree chart, while females are represented by circles.

Question 2: State the three Mendel’s laws of inheritance.
Solution 2:
Mendel’s laws of inheritance are:
(i) Law of Dominance: Only one of two opposing characters present at the same time is able to express themselves, while the other is restrained. The dominant character is the one who expresses, whereas the recessive character is the one who does not.
(ii) Law of Segregation: During the production of gametes, the two members of a pair of components split. At the time of zygote development, the gametes fuse together at random. This law is also known as the ‘law of gamete purity.’
(iii) Law of Independent Assortment: The distribution of members of one pair into the gametes is independent of the distribution of the other pair when there are two pairs of contrasting characters.

Question 3: Does the sex of the child depend on the father or it is just a matter of chance? Discuss
Solution 3:
The father determines the child’s sex. Although the egg only has one X chromosome, half of the sperms have the X chromosome and the other half have the Y chromosome. What kind of sperm fuses with the ovum is just a question of chance, and this determines whether the child will be male or female.
If an egg is fertilized by X-bearing sperm, the resultant combination is XX, and the child is female.
When an egg is fertilized with Y-bearing sperm, the resulting combination is XY, and the child is male.

Question 1: In a certain species of animals, black fur (B) is dominant over brown fur (b) Predict the genotype and phenotype of the offspring when both parents are ‘Bb’ or have heterozygous black fur.
Solution 1:

Question 2: Two pairs (A & B) of rabbits were crossed as given below:

Question 4: A family consists of two parents and their five children and the pedigree chart below shows the inheritance of the trait colour blindness in them.

(a) Who is coloring blind in the parents – the Father or the Mother?
Solution 4:
(a) Father
(b) Two sons and three daughters
(c) The child 1 (daughter) is colour blind
(d) X chromosome
(e) Hemophilia 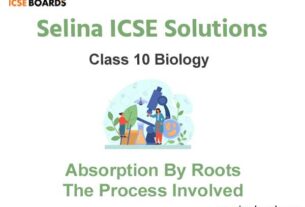 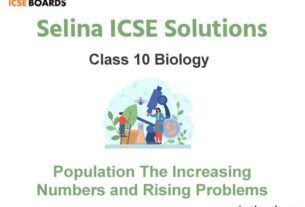