Students should refer to Modern Physics ICSE Class 10 Physics Board Exam Questions provided below with solutions. These will help the students to understand the type of questions which have been asked in previous year examinations and the type of solutions which the student should give to get good marks. You should also refer to ICSE Class 10 Physics Sample papers for more practice

1) Can we use aluminium or steel as a target in X-ray production experiment? If not give a reason?
Answer:
Target should be of a material of high atomic weight and high melting point. If the metal is of high melting point, it will not melt due to heat developed due to the collision of electrons. High atomic weight metal will emit X-rays of high energy. T his limits the choice of anode material to chromium (Cr), iron (Fe), cobalt (Co), copper (Cu), molybdenum (Mo), and a
few other less commonly used materials for X-ray powder diffraction.

2) Why do doctors wear lead aprons and spectacles while working near X-ray machine?
Answer:
Any test that involves x-rays or radioactive isotopes exposes the people nearby to potentially harmful radiation. This is especially true for doctors, nurses and technicians who work around radiation day in and day out. X-rays do not penetrate the lead and thus doctor’s body is not exposed to X-rays.

It is true that nuclear power plants are major sources of energy but a large amount of radioactive materials and radiations escape to the atmosphere.

1) The wires leading the current to an electric bulb are thick while the wire inside the bulb is very fine. Give reason?
Answer:
Filament of the bulb and supply wires are connected in series so the same current flows in the connecting wires and the bulb. Now we know that thick wires have less resistance and very fine wires will have a large resistance. Here we also know that heat produced due to given current is directly proportional to the resistance (H ∞ R). Therefore,
due to less/negligible resistance of the thick supply wires, the connecting wires remain practically unheated while due to the very large resistance of fine filament, a large amount of heat is produced in the filament, hence the bulb glows.

3) Why is it advisable to view a TV screen from a distance of about 12 feet?
Answer:
In a TV set electrons are accelerated by about 5000V and strike the screen due to which soft X-rays are produced which can damage our body. These X-rays are absorbed by a length of few feet of air due to ionization by collisions. Thus, it is advisable to watch TV from a distance of nearly 10-12 feet.

5) Why is steam used for running trains?
Answer:
Due to the high specific latent heat of steam, it releases very large amount of heat energy during condensation which gets converted into mechanical energy of the train

9) You’re in a row boat, which is in a large tank filled with water. You have an anchor on board, which you throw overboard (the chain is long enough so the anchor rests completely on the bottom of the tank). Does the water level in the tank rise or fall?
Answer:
It will fall. An anchor, by definition, is denser than water. Therefore, its displacement as mass (when its on the boat) is greater than its displacement as volume (when it’s in water). Therefore, if you throw it overboard, the water level falls.

11) How can a person, standing in the middle of a perfectly smooth island of ice, get to a
corner?
Answer:
He must throw any object on this person, in a direction opposite to his intended direction of motion. The reaction force, corresponding to this action, will then make him glide along the perfectly smooth ice surface and thus take him to the desired corner.

19) Is there any relationship between sunlight and fusion? If so, Give reason?
Answer:
Yes, in sun and stars, fusion produced by thermonuclear reactions is the main source of energy.

23) Why are burns caused by steam more severe than those caused by boiling water at the same temperature?
Answer:
Steam will produce more severe burns than boiling water because steam has more heat energy than water due to its latent heat of vaporisation. When water goes from gas to liquid it is undergoing what is called a phase change. Phase changes require a lot more energy than just a temperature change.

The energy required for water to go from a liquid to a gas is called the heat of vaporization. When steam (water in the gas phase) hits your skin, a lot of energy will be released as it condenses into a liquid, undergoing a phase change.

This energy release causes a much worse burn than if the same amount of boiling water were to hit your skin where it would decrease in temperature (to your skin’s temperature) but would not have to go through a phase change. T

The loss of energy that is released from steam hitting your skin occurs quickly and in a small localized area, therefore causing damage to your cells. Besides this, steam being in the gaseous state goes deeper through the pores of skin thus causing more deep burns.

24) Why weather gets pleasant when freezing starts in cold countries?
Answer:
Everyone gram of water on freezing releases 336J of heat. Thus during freezing, very large amount of heat energy is released in the atmosphere. It is this released energy which makes the weather pleasant.

25) Explain, why surroundings become pleasantly warm when water in a lake starts freezing in cold countries.
Answer:
In cold countries, surroundings become pleasant when water in lakes starts freezing, because for every kilogram of water, on freezing, 336000 joules of heat energy is liberated. This heat energy, when dissipated in the atmosphere makes the weather moderate and pleasant and also slows down the process of freezing.

27) Explain the motion of a planet around the sun in a circular path.
Answer:
A planet moves around the sun in a circular path for which the force of attraction on the planet by the sun provides the necessary centripetal force. Planet wants to go in a straight line unless a force is applied to it. The Sun applies gravitational force but stays in one place, so planets move and finds force coming from a new direction and keeps turning in its path due to changed direction.

28) How is sound wave produced in strings fixed at both ends?
Answer:
When a string stretched between two fixed points is bowed, struck or plucked, transverse vibrations travel along the string, these are reflected at the fixed ends and a standing wave pattern is formed. The vibrations of the string give rise to longitudinal waves in the air which are transmitted to our ear.

29) Explain, why no tracks are left on the ice during ice skating.
Answer:
The weight of the body acts on a very small area of skate, in comparison to that of ice. Under this high pressure, ice melts to form water below 0 0 C. The water so formed makes the surface water skating more slippery. But as soon as the skater moves further, the water does not experience any pressure and re-freezes into ice leaving no track on the ice surface. 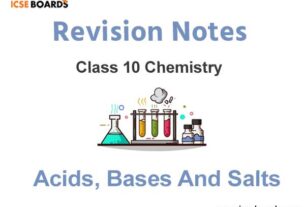 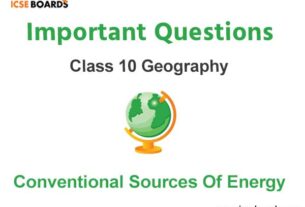 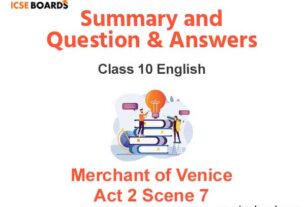