Students can refer to the quick revision notes prepared for Chapter First Phase of Indian National Movement (1885–1907) in Class 10 ICSE. These notes will be really helpful for the students giving the History and Civics exam in ICSE Class 10. Our teachers have prepared these concept notes based on the latest ICSE syllabus and ICSE books issued for the current academic year.

Know the terms
➢ Moderates : Early leaders of Congress who believed in Constitutional agitation.
➢ Self-government : A government under which people themselves participate in the governing process.
➢ Political Rights : The right to elect and right to be elected to form the government.
➢ Indianisation of the Services : Inclusion and employment of more Indians in government service.
➢ The Indian National Association : The Association formed by Surendranath Banerjee in 1876 to integrate the Indian people on the basis of common political interest.

Know the Personalities
➢ Dadabhai Naoroji : Known as the ‘Grand Old Man of India‘ he was one of the first leaders of the National Movement.
➢ Gopal Krishna Gokhale : He was an educationist turned politician who changed the destiny of India
➢ Surendranath Banerjee : He was born in 1848 and some historian regard him as the “Father of the Nationalist Movement in India”.

Objectives and Methods of the Early Nationalists

Quick Review
1. In the early years (1885-1905) the Congress was led by a group of leaders, who were called ‘Early Nationalists or Moderates’.

3. Basic belief of Early Nationalists
The moderates had basic faith in British rule. They had faith in the British sense of justice and fair play. They believed that a counted Indian political connection with the British was in the best interest of India. They believed as soon as the British Government was convinced of the justices of their demands, these would be accepted they thought that Englishmen are willing to put India on the path of democracy and self-government.

(iv) Other Demands :
● Primary education among the maximum population of India.
● Industrial growth through trade protection.

5. Methods of the moderates :
● They had faith in the Constitution or peaceful methods of agitation.
● They believed that the British Government could be persuaded by agreements. They sent representatives to England to explain India’s viewpoints to British Parliamentarians.
● They set up a committee of National Congress in England.
● They made use of press criticizing British policies.
● They held meetings and discussions and organised annual sessions with Indian delegates from India In these sessions results were adopted. They were than forwarded to the British so that appropriate action could be taken.

6. Achievement of the moderates :
● Sowed the seed of nationalism. They helped in developing and consolidating feelings of national unity.
They education the people of India for a common national struggle.
● Helped in popularizing demarcation and modern ideas and outlook, civil liberties, secularism, etc.
● Exposed the explorative nature of the British rule in India.
● Laid the firm foundation of a vigorous National Movement.
● Following reforms were led by the efforts of the moderates :
● In 1886, the Public Service Commission was appointed by the British.
● A resolution was passed by the House of Commons in 1893 for simultaneous acceptance of the ICS in London and India.
● In 1895, the British Government appointed the Welby Commission on Indian expenditure, under Sir Riginald Earle Welby
● In 1892 the Indian Council Act was passed by the British.

Quick Review
Prominent Early Nationalist Leaders :
➢ Dadabhai Naoroji (1825–1917)
Dadabhai Naoroji popularly known as the ‘Grand Old Man of India’, was looked upon as India’s unofficial ambassador in England.
He formed the East India Association to bring Indians and the British close to each other.
He was also one of the founder members of the Indian National Congress in 1885. He was made the President of Congress in 1886, 1893 and 1906. The credit for demanding ‘Swaraj’ from the Congress platform for the first time (1906) goes to him.
As an economic thinker, his biggest contribution has been to expose the economic exploitation of India by the British. In his book ‘Poverty and Un-British Rule’. He explained that India could not progress due to drain of Indian wealth to Britain.

➢ Gopal Krishna Gokhle (1866–1915)
Gopal Krishna Gokhle was an educationist who later turned into a politician. He introduced a bill to make primary education compulsory. Gokhle presided over the Varanasi Session of INC in 1905. In the year of 1905, he founded ‘The Servants of India Society’ to inspire the members to serve the country with devotion.

➢ Surendranath Banerjee (1848-1925)
Surendranath Banerjee was a nationalist leader popular journalist and also a dedicated educationist who is regarded as the ‘Father of Nationalist Movement of India’. To fight against injustice, he formed the Indian Association. It demanded equal treatment for both Indians and Europeans in higher services and protested against the inhuman treatment given to Indian workers in the tea plantations. It also expressed its resentment against the Vernacular Act and Arms Act. He also opposed the Morley-Minto Reforms and the Partition of Bengal. He was one of the first advocates of Swadesi and to boycott the foreign goods. His ideas were accepted by the Congress and later popularized by Gandhi.

➢ Criticism of the Early Nationalists
The moderates failed to draw the maximum people into the mainstream of the National Movement. Their field of influence was very limited to the urban educated Indians. Their leadership was contained by the particular professional groups like-teachers, lawyers, journalist doctors, etc. Their movements did not have a wide appeal besides their movement remained confined to town and cities. 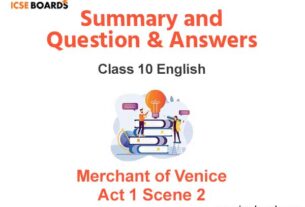 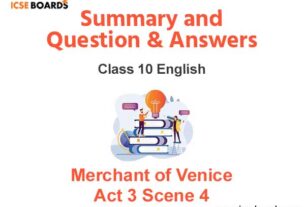 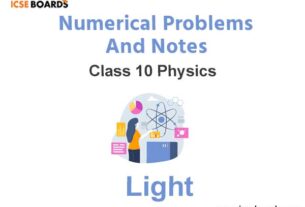