Students should refer to Quit India Movement Class 10 ICSE notes provided below which has been designed by ICSE Class 10 History teacher based on the latest syllabus and examination guidelines for ICSE Class 10 History. You should carefully read through and understand all topics of this chapter given below so that you can learn the concepts given in Chapter Quit India Movement which will be very useful if you use them prior to your History exams.

We have provided below a summary of Chapter Quit India Movement. This is an important chapter in Standard 10th ICSE History. The summary provided below has been prepared by expert History faculty for ICSE based on the latest ICSE books. You should refer to all Chapter Summaries ICSE Class 10 History which will help you to understand all chapters and to get more marks in exams.

Resignation of the Congress Ministries –
The Second World War broke out in September 1939 when Nazi Germany invaded Poland.
The British Government of India joined the ward without consulting the National Congress or the elected members of the Central Legislature.

The Congress leaders demanded that India must be declared free or at least have effective power before it could actively participate in the war, as it was not possible for an enslaved nation to aid others in their fight for freedom.

Lord Linlithgow, the Viceroy, could not give any such assurance and he declared Dominion status as the goal of British Policy in India. British Government tried to put the religious minorities and Princes against the congress. The congress, hence, asked its ministries to resign.

The Muslim League was jubilant over the resignation of congress Ministries. It celebrated the day as a ‘day of deliverance and thanks-giving’

In 1940, Muslim League passed a resolution demanding the partition of the country, and the creation of a state called ‘Pakistan’, which would comprise: Punjab, Afghan, Kashmir, Sind and Baluchistan.

August offer [1940] –
During the Second World War, the international compulsions forced the British Government to seek some settlement with the Congress. On August 8, 1940, Lord Linlithgow, the Viceroy made a new offer known as the ‘August offer’. The offer proposed Dominion status for India after the war.

The Muslim League did not accept the offer, as it did not give a clear assurance for the establishment of Pakistan.

1) The Cripps’ Mission [1942] –
Japanese army rapidly advanced towards India, which made it necessary for the British to solve the political deadlock in India. Hence, under Sir Stafford Cripps, a mission called ‘Cripps’ Mission’ came to India with certain constitutional reforms

Proposals of the Mission –
(i) India would be given a Dominion status after the war
(ii) A Constituent Assembly to be set up comprising of members elected by the Lower House of the Indian Legislature and representatives of the Princely states
(iii) A federation of British India and Indian states would be established. Any province that was not prepared to accept the constitution would be allowed to obtain Dominion status separately
(iv) Provinces could join the Indian Union, if not, have their own constitution formulated
(v) All matters arising out of the complete transfer of responsibilities would be negotiated between the British Government. and the Constituent Assembly
(vi) Provisions allocated for protection of racial and religious minorities

Failure of the Cripps’ Mission
Almost all the parties and sections of the people rejected the proposals on the following grounds –
(i) Cripps’ Mission did not promise Independence in the future
(ii) The plan aimed at partitioning the country
(iii) The League opposed the creation of a single union as the demand for Pakistan was not accepted
(iv) It did not provide sufficient safeguards for the interests of Minorities – Sikhs, Anglo- Indians, Constituent Assembly
(v) Princely states had no right to become part of the constituent Assembly

2) Japanese Threat-
(i) The Japanese Army attacked Burma [Myanmar] and was marching towards Assam.
(ii) The Indian leaders were anxious to save their country from the clutches of the Japanese, but their slavery to the British was the hindrance.
(iii) The Indians desired to have their independence from the British to avoid the impending war. So, they decided to launch a movement calling upon the British to Quit India.

In 1942, failure of the Cripps’ Mission left no further meeting ground between the British Government and the Congress.
The Congress working committee adopted the Quit India Resolution at Wardha in July 1942.
The All- India Congress Committee met at Bombay on August 8, 1942 and passed the Quit-India Resolution adopted at Wardha in July 1942.
• A non-violent mass movement was to be started under the leadership of Mahatma Gandhi if the British do not accept the demand of immediate and complete independence.
• Gandhiji and all other congress leaders were arrested on 9th August and Congress was declared illegal.

Impact of the Movement – 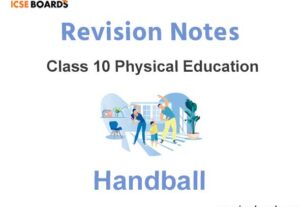 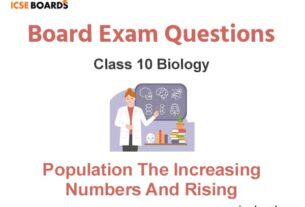 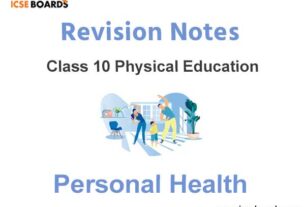