Question 1. Put a tick mark (✓) against the correct alternative in the following statements:

2. Balance of body is controlled by:
a. Spinal cord
b. Cerebellum
c. Cerebrum
d. Medulla
Solution: (b) Cerebellum

2. The smell of good food causes watering of your mouth. It is a
a. Natural reflex
b. Acquired reflex
c. Inborn reflex
d. Ordinary reflex
Solution: (b) Acquired reflex

3. The structural and functional unit of nervous system is a
a. Axon
b. Nephron
c. Neuron
d. Texon
Solution: (b) Nephron

Question 2. You are driving your bicycle at a fast speed. Suddenly, a small boy comes in front of your cycle and, without wasting any time in thinking, you immediately apply the brakes and accident is avoided. What name is given to such an action?
Solution:
Reflex action (acquired)

Question 3. Given below is the diagram of a neuron. Name the parts numbered 1-5.

Question 5. Differentiate between the following pair of terms:
(a) Stimulus and impulse
(b) Receptor and effector
(c) Motor nerve and sensory nerve
Solution:

Question 7. Give the function of each of the following:
(a) Olfactory nerve:
(b) Optic nerve:
(c) Facial nerve:
Solution:
(a) Olfactory nerve: The nasal chambers’ epithelial layers contain the scent receptors. The olfactory nerve transmits smell information to the brain. They are dispersed to the lining of the nasal chambers and come from the front ends of the olfactory lobes.
(b) Optic nerve: It transports the object’s reflection from the retina to the brain. The picture that forms in the brain is accurate because the image that forms on the retina is inverted. The optic nerves protrude from the diencephalon’s side. They are sensory in nature and innervate the retina of the eye.
(c) Facial nerve: It transmits messages to the brain as well as all facial expressions, tooth-only mastication, neck movement, and salivary gland activity. It emerges from the medulla’s side. Face nerves are typically mixed in nature.

Question 1. With the help of a suitable diagram describe the structures of a neuron.

Solution:
Neurons or nerve cells are specific cells found in the nervous system. Its cyton, or primary cell body, is present. Dendrites are a variety of processes that it releases. A extremely drawn-out procedure results from it. The term “axon” or “nerve fibres” is used. There is a nucleus in the cell body. The message is obtained by the dendrites from the organs and is transmitted to the axon via the cell body. The message is then sent by the axon to the gland for secretion or to the muscles for contrast. Through these interactions, the neurons come into contact with one another. At its terminus, the axon splits and connects with the dendrites of an additional neuron. The synapse is the location of the meeting. One axon transmits the message to the dendrites of another, and so forth.
Organ → Message goes to dendrites → Cell body → Axon → Muscles or glands

Question 2. Briefly describe the structure of the cerebrum in human brain and mention its functions.
Solution:
It is incredibly big and makes up around two thirds of the entire brain. The median fissure is a deep longitudinal groove that divides the two hemispheres. There are ridges and grooves on the folded exterior. The hemispheres feature an inner and an outer section to their walls, which are hollow on the inside. The outer part, often known as grey matter, contains the neuronal cell bodies. Nine billion neurons can be found along the wavery margins of the folded layer. Axons can be found in the white matter, which is the interior region of the brain.
Functions of Cerebrum:
1. It controls all the voluntary activities.
2. It is the seat of intelligence, consciousness and will power.

Question 4. With the help of suitable example, describe reflex action.
Solution:
Reflex action: Automatic responses to stimuli are referred to as reflex actions. These acts are not sunder the control of the animal. They are mechanical in nature and well defined. While the brain is not active, certain actions are controlled by the spinal cord and peripheral nervous system. Reflex acts include, for instance:
1. Pupil becomes narrow when intense light falls on it.
2. The food’s scent makes your mouth swim.
3. As soon as we touch the hot plate, the hand is withdrawn.
4. Bile flow into the duodenum from the gall bladder.
5. The mouth may open in response to a loud thump.
Reflex actions, like removing your hand from a hot dish after touching it, are brainless. The impulse of heat goes from the hand to the spinal cord and the order is sent back to the muscles of the hand to remove the hand from the hot plate.

Question 5. Describe three kinds of nerves, giving the example of each.
Solution:
A set of nerve fibres (axons) enclosed in a tubular medullary sheath make up a nerve. The medullary sheath serves as insulation and prevents neighboring axons impulses from mingling together (nerve fibres).
Below are the three different types of nerves:

1. Sensory nerve: Since sense organs contain sensory fibres, it carries impulses from those organs. As with the optic nerve of the eye, these nerves transport impulses from the sensory organs to the brain or spinal cord.
2. Motor nerves: These transmit brain or spinal cord impulses to muscles or glands. Only motor fibres serve as these nerves’ connections to the eyeball’s muscles.
3. Mixed nerve includes both sensory and motor fibres. They modify the central nervous system’s electrical impulses so that they can reach the body’s muscles. The average speed of the mixed nerves’ impulse transmission is 120 meters per second, or 432 kilometers per hour.

Question 6. Differentiate between natural reflex and conditioned reflex. Give examples to illustrate your answer.
Solution:
(1) A natural (inborn) reaction is one that doesn’t require any prior knowledge or training. These reflexes are innate, or passed down from one’s parents. Example:-
1. Protective responses include blinking and watering eyes, coughing, sneezing, and vomiting.
2. Functional efficiency is provided by salivation (when hungry), swallowing, and peristalsis.
(2) Conditioned (or acquired) reflex: A reflex that develops over the course of a lifetime as a result of experience or education. Several instances of conditioned reflexes include:
1. Mouthwatering (salivation) when a favorite or delicious dish is seen. Here, salivation happens as an acquired reflex because our brain recalls the flavor of the meal from a past experience.
2. Using a computer keyboard to type
3. Engaging in musical performance. 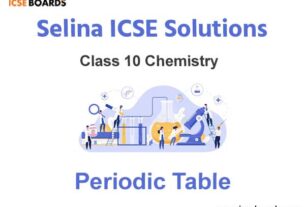