Question 1. Put a tick mark (✓) against the correct alternative in the following statements:

Question 1. Differentiate between the following pair of terms:
(a) Pulmonary artery and pulmonary vein
(b) Vena cava and Aorta
Solution:

Question 2. Give any three differences between an artery and a vein:
Solution:

Question 6. What is the role of hemoglobin in the blood?
Solution:
The iron-containing haemin and protein-containing globin combine to generate the respiratory pigment known as hemoglobin. It aids in the movement of breathing gases (oxygen).

Question 7. Name the disease in which the number of platelets reduces to 25,000 – 30,000 per cubic mm of blood. State its major symptoms.
Solution:
One such illness, dengue fever, causes the platelet count to drop to as low as 25–30 thousand per cubic millimeter of blood. High fever, rashes or red spots on the body, nausea or vomiting, discomfort in the muscles and belly, back, or the back of the eyes are the main symptoms of dengue.

Question 1. Given alongside is a diagram of human heart showing its internal structures? Label the parts marked 1 to 6, and answer the following questions.

(a) Which type of blood is carried by the blood vessel marked 2?
(b) Name the main artery which takes the blood from heart to different parts of the body?
(c) Which chamber of the heart receives deoxygenated blood from the body?
Solution:

(a) Blood is carried by the blood vessel marked 2:- Deoxygentated blood
(b) The main artery which takes the blood from heart to different parts of the body:- Aortic arch (Aorta)
(c) Chamber of the heart receives deoxygenated blood from the body:- Right Atrium

Question 2. You can see some blood vessels on the outside of the hands specially in older people. Are those veins or arteries? How can you confirm your answer?
Solution:
The fat beneath the skin loosens up as people age, and the vessels that run through these areas, particularly on the outside of the hands, become more visible. These superficially flowing veins are veins. Less muscular and thinner veins are present. These veins, which transport blood to the heart, are positioned so they are conspicuous and clearly seen by the eye. In addition to delivering CO2, the blood in the veins will also contain a variety of other materials, including bacteria, sugar, and amino acids.

Question 3. Give the functions of lymph. Differentiate between Blood and the lymph.
Solution:
Below are the functions of lymph:-
1. Nutritional: It nourishes and oxygenates body regions that blood cannot reach.
2. Drainage: It restores proteins from tissue spaces to the blood while draining excess tissue fluid and metabolites.
3. Absorption: Through lymphatics, it absorbs the fats from the intestine.
4. Defense: The lymphatic system’s lymphocytes and monocytes work to defend the body.
Additionally, the lymphatics clear germs from the tissues.
Difference between Blood and Lymph

Question 4. Name any two heart conditions that occur commonly. Briefly explain each of them.
Solution:
1. Palpitations: Occasionally, one may feel as though their heart is beating too quickly, too forcefully, or even skipping a beat. Although it can be terrifying, this ailment is usually harmless and fades away on its own. Stress or worry is the main culprits most of the time. Foodstuffs can occasionally make people feel palpitations as well. Palpitations can occasionally be a sign of a more serious heart disease, especially if they are accompanied by other symptoms like shortness of breath, lightheadedness, or chest pain.
2. Hypertension: When blood rushes through blood arteries with more force than usual, a person develops this ailment. Another name for this is high blood pressure. Having high blood pressure can strain the heart, harm blood vessels, and worsen

Question 5. During surgical operations or during accidents, the patient may be given blood from outside to save his life. What is the technical name of this process? Briefly explain the precautions to be observed and taken in this process.
Solution:
The patient may receive blood from outside sources during surgery or in the event of an accident if there is excessive bleeding in order to save his life. Blood transfusions occur when blood is given from a donor to a recipient. Before giving blood to a patient in need, the following safety measures are taken:
1. The blood of the donor and the receiver should be matched.
2. Clinical testing should be done to confirm that the donor’s blood is free of any infections.
3. All equipment that will be utilized during the procedure must be sterilized.

Question 7. Answer very briefly, the following:
(a) Red Blood cells have no nucleus, then why do we call them cells?
(b) Why is it necessary to know The blood groups of the donor as well as the recipient?
(c) Why should the blood going away from the stomach and intestines pass through the liver and not directly to heart?
Solution:
(a) When an organ is a foetus, RBCs are generated in the liver and spleen. These develop in the red bone marrow after birth. RBCs have a nucleus when they first form, but they eventually lose that nucleus. These enucleated cells are referred to as cells since they carry out all of a cell’s tasks. Semipermeable plasma membrane encloses RBCs. It lacks the nucleus, endoplasmic reticulum, mitochondria, ribosomes, and centrioles and has homogeneous cytoplasm. RBCs benefit from this circumstance. The capacity of corpuscles to store hemoglobin is greater. Additionally, it can provide the tissue cells with additional oxygen via the hemoglobin. Therefore, the tissue cells benefit more from the enucleated situation.
(b) Knowing the blood groups of the donor and receiver prior to a blood transfusion is crucial. Because the blood types of the donor and the recipient are different, if they don’t match, RBCs will attach to one another and the recipient’s life could be in danger. The antigens (proteins) in the donor’s blood and the antibodies in the recipient’s blood are what cause the sticking.
(c) The liver receives blood from the stomach and intestines before sending it to the heart. Prior to entering the body, the liver checks the chemicals. The liver stores extra glucose as glycogen and excretes the excess.

Question 8. Name the three kinds of blood vessels found in human beings. With the help of suitable diagrams, differentiate between them.
Solution:
Humans have three different types of blood vessels: capillaries, veins, and arteries.
1. The blood channels known as arteries are responsible for transporting blood from the heart to the body’s numerous organs.
2. Blood arteries called veins transport blood from the body’s organs to the heart.
3. Capillaries: These are the terminal arteries’ branches that come together to form veins. A capillary is a very small tube with a single layer of muscle-free cells lining its inside. Even though a capillary’s wall is extremely thin, an exchange of nutrients, waste materials, and gases occurs between the blood and other bodily fluids

Differences:
Arteries
1. Transport blood away from the heart, first.
2. Have walls that are thicker and stronger.
3. Transport oxygenated blood, with the exception of the pulmonary artery, which does the opposite.
4. The blood flows violently and in jerks.
Veins
1. Transport blood to the heart.
2. Have walls that are thin and lack muscle.
3. Carry blood that has lost oxygen (except pulmonary vein which carries oxygenated blood).
4. The blood is fluid and moves with little resistance.
Capillaries:
1. Arteries split into a number of smaller branches called arterioles after entering an organ, and these arterioles regularly split to produce a network of tiny branches known as capillaries.
2. The capillary walls are just one cell thick and exceedingly thin.
3. The capillary walls are one cell deep and very thin.
4. They facilitate the exchange of certain components between blood and tissues and assist in connecting arteries and veins. 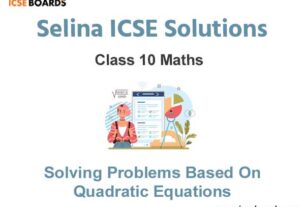