The poem ‘The Solitary Reaper’ is written by William Wordsworth. This poem is written on the personal experience of his friend and author, Thomas Wilkinson. It is based on an emotionally overwhelming experience. The solitary reaper sings a song without minding anyone around her. The poet becomes mesmerized by her singing and compares it with that of a cuckoo. He understands the song is a melancholy one. After the passage of time, when goes to another place, he still remembers the song by heart.

Summary of The Solitary Reaper

In the very first stanza, we get to see that the Reaper is singing alone, not minding anyone. He once visited the countryside of Scotland and saw a girl working in the fields alone. She was singing herself as no one was helping her. She did not realize that someone was listening to her singing. The poet requested the passer by to go quietly without disturbing her. She was singing a melancholy song while doing her work. The poet felt that the valley was overflowed by the sad beauty of the song.

The young woman has been compared in the second stanza. The poet has compared her with the Nightingale and the Cuckoo because of her sweet voice like these birds. However, the poet comments that neither a cuckoo nor a nightingale can sing sweetly like her. Even the nightingale cannot sing sweetly to comfort the weary travellers. He is so enchanted by her singing that he stopped from going to his business.  He says that her voice can break the silence as it is thrilling and penetrable like the cuckoo bird. The two birds are known for their beautiful voices but none can stand out in front of her voice.

In the third stanza of the poem, we get to see that the poet is in extreme plight because he is not able to understand the plot or theme of the song. He is unable to understand the dialect of the local Scottish which is sung by the reaper. Thus, he tries to imagine the plot and theme of the song. He comes to understand that the song is about old and unhappy things – past sorrows, pain or loss. He perhaps describes the song to be melancholy. Further he starts wandering about the sorrow incident whether it is a past one or a present one.

The poet decides to stop probbling futher into the theme on the fourth stanza. Then he concludes that her theme of the song can be anything. However, that sorrow thing is not going to end. Her suffering sounds also sounded like never-ending ones like her song. He listens to her song for sometime by staying motionless. Afterwards, he left from that place and mounted up the hill. There he feels that he is still hearing her song. Her song is coming through her product that she is binding and cutting. The song still remains in his heart for a very long time though he has left that place. 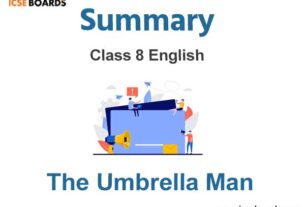