My Family And Other Animals (Summary)

‘My Family And Other Animals’ was written by Gerald Durrell in 1956. It is an autobiographical novel. In this novel, he tells about the time when he lived with his widowed mother, siblings and all the fauna on the Greek Island Corfu.

Summary of My Family And Other Animals

The story starts in England with the widower, Mrs Durrell with all her children- Larry, Leslie, Mango and Gerald along with their dog, Roger.

Larry wants to move to the place in Corfu Island where the weather is better. For Mrs Durrell It seems impossible as they recently bought their house in England. But Larry is relentless and they took a boat to the island with their dog and belongings.

Gerald takes items of natural history. They made plans to spend the day hunting but failed. They head out as they wanted a house with a bathroom. They were accosted by some taxi drivers for fees but were saved by Spiro, an English speaking taxi driver.

After some twists and turns, Spiro takes them to a strawberry coloured villa. Instant, they feel the place to be home. Gerald makes a couple of friends with the locals and wanders among the groves. He makes friends with the mute Rose beetle-man who sells him a tortoise on the first meeting.

Mrs Durrell hires a tutor, George, for Gerald to stop his unhindered excursions. But Gerald’s love for bugs is unstoppable. George decides to teach zoology in daily basis.

Mrs Durrell refuses when Larry wants to invite friends to the island. He wants to change houses. This time the villa is big and yellow coloured. Larry’s friends are totally over Mrs Durrell’s head.

Gerald now can pursue more his interest due to increase in space. However, George leaves the island. Gerald gets a new French tutor after being caught with a box of scorpions. Another tutor, Peter, a student on vacation from Oxford is hired. He was harsh on Gerald but kicked out of the house as he started to like Mango.

Their aunt, Hermione, wants to visit them that spring. To avoid this thing to happen, they all move to a smaller villa. They will have an excuse to refuse her. Gerald becomes delighted when he finds out that the new villa is being covered with praying mantises. Mr Kralefsky is Gerald’s last tutor and is fond of birds.

Mr Kralefsky advices to have formal schooling for Gerald. His mother wants everyone to move back to England. When they were returning back, Gerald saw that they have claimed as a traveling circus by the authorities. Larry claims this as their mistake of leaving Corfu.

This book is a humorous one to look at Gerald’s eccentric family. But on the other hand, it is also a natural history book. Young Gerald is fascinated by zoology. Each one in the house has strange obsessions. But this is not in a bad way. Mrs Durrell leaves her children to be at their pleasure and relaxes herself a bit. They have their freedom. 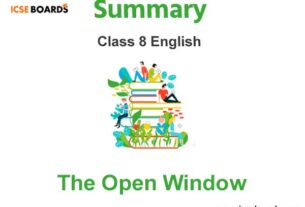