Question. What is bitumen? What is it commonly known as?
Answer: Bitumen is one of the by-products obtained while refining crude oil. It is popularly known as tar.

Question. Which rocks are associated with petroleum reserves? What does petroleum consist of?
Answer: Petroleum is found in the sedimentary rocks. It consists of inflammable hydrocarbons in liquid state.

Question. Where is the oldest oilfield located in India ?
Answer: India’s oldest and important oil bearing area in the eastern part of the Himalayas is Assam (Digboi oilfield).

Question. Which state is the longest producer of mineral oil ?
Answer: Assam.

Question. What is Mumbai High ? What is Sagar Samrat ?
Answer: (i) Mumbai High is so called because of the height of the syncline of the rock structure in which the oil has been struck.
(ii) It is higher than the normal height and oil is taken from the depth of over 1,400 metre with the help of a specially designed platform known as ‘Sagar Samrat’.
(iii) It is a self propelled jack-up type of drilling platform.

Question. Where are the deposits of Petroleum normally located ?
Answer: Petroleum is found in underground reservoirs in sedimentary rock formations like sandstone, shale and limestone.

Question. Name two types of coalfields of India.
Answer: The two coal of India are Gondwana and Tertiary.

Question. Name the two main belts of India where oil petroleum is found.
Answer: (i) The entire oil production of India so far comes from the Assam-Arakan belt, the Gujarat-Cambay belt and the Mumbai High offshore zone.
(ii) The first belt runs from extreme north-east of Assam to the eastern border of the Brahmaputra and Surma valley.
(iii) The second belt extends from Mehasana (Gujarat) in the north to the continental shelf off the coast of Ratnagiri (Maharashtra) in the south.

Question. What are the disadvantages (Problems) of using coal as a source of energy in India ? OR What are the drawbacks of coal found in India ?
Answer: (i) The calorific value of the coal found in India is not very high.
(ii) Coal is concentrated only in certain parts of the country. Therefore the cost of transportation of coal to far-flung areas of demand is high.
(iii) Coal mining and usage of coal causes a lot of pollution.
(iv) Being conventional source of energy, the coal reserves in India are limited.

Question. What are the important advantages of using petroleum as a source of energy?
Answer: The important advantages are :
(i) Due to its high density, a small quantity of petroleum can produce ahuge quantity of energy.
(ii) Being liquid, it can be transported over long distances by pipelines orby vehicles.
(iii) It has wide area of usage such as transport sector, for domestic energy, production of electricity etc.
(iv) Petrochemical industries use its residue (by-products) as raw material to produce products such as synthetic fibre, synthetic rubber, polysterene, PVC, carbon black, printing ink, paints, lubricating oil etc.

Question. What are the disadvantages of petroleum as a source of energy?
Answer: The major disadvantages are :
(i) Being a fossil fuel, it is an exhaustible source of energy which is nonrenewable.
(ii) Extraction and usage of petroleum products generates Greenhouse gases which contributes to environmental pollution and Global Warming.
(iii) Due to its limited availability, it is very expensive.
(iv) It is highly inflammable and can cause fires.
(v) Any oil spill in the sea either during extraction or during transportation can cause great damage to the environment.

Question. What are the uses of coal ?
Answer: The main uses of coal are the following :
(i) Coal is used as a source of power for running machines, trains, ships and dynamos.
(ii) Coal is used for manufacturing iron and steel.
(iii) Coal is used as a source of direct heat and energy for domestic purposes, in the potteries and for building materials like cement, burning of bricks and tiles and in iron and brass foundries, etc.
(iv) A variety of chemicals such as ammonia, benzol, etc., are obtained as by-product from the gases which are given off when coal is burnt in a closed chamber to get hard coke or metallurgical coke.

Question. Differentiate between the coalfields of Gondwana and Tertiary age.
Answer: 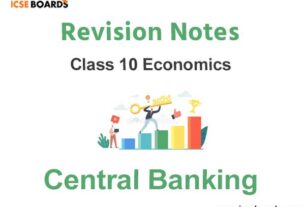 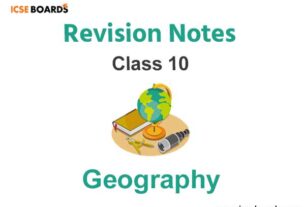