Students should refer to Photosynthesis ICSE Class 10 Biology Board Exam Questions provided below with solutions. These will help the students to understand the type of questions which have been asked in previous year examinations and the type of solutions which the student should give to get good marks. You should also refer to ICSE Class 10 Biology Sample papers for more practice

Question. a. Explain the ‘law of limiting factors’.
Ans. When a physiological process is controlled by more than one factor than the rate of the process is governed by that factor which is in least amount. For photosynthesis
• light intensity, CO2 concentration and temperatures are the limiting factors.

b. Explain the following graph based on law of limiting factors.

Question. State any 4 adaptations in a leaf to carry out photosynthesis efficiently.
Ans. A leaf may have the following adaptations –
1. Large and expanded leaf lamina provides a large surface area for maximum exposure and absorption of sunlight.
2. Thin leaves ensure easy penetration of light energy and also reduces the distance between cells facilitating rapid transport.
3. More concentration of chloroplast in palisade layers below the upper epidermis helps to trap more solar energy for the process.
4. Extensive network of veins to ensure rapid transportation of materials in and out of the cells of the leaves.

Question. a. Draw a neat and labeled diagram of the stomatal apparatus as seen during the
(i) day time, (ii) night time
Ans.

b. Explain the mechanism which bring about closure of stomata at night.
Ans. At night, no photosynthesis occurs. The osmotic pressure within the guard cells falls. The cells lose water due to
exosmosis and turn flaccid. As a result the inner walls straighten to close the stomata.

c. Explain the mechanism which brings about the opening of the stomata during the day time.
Ans. • Guard cells contain chloroplast.
• During the daytime guard cells begin photosynthesis and glucose is produced. This increases the osmotic pressure within the guard cells, thus water is drawn in from the adjoining cells due to endosmosis.
• Guard cells become turgid and bulge outwards due to their thin outer walls and stomatal pore opens wide.

Question. Adjoining figure is the diagrammatic representation of three dimensional structure of a plant cell organelle. Study the diagram and answer the questions.

a. Name the physiological process taking place is this organelle. Give the overall chemical equation for the reaction.
Ans. Photosynthesis

d. Give the overall chemical equation for photosynthesis
Ans.

c. Enumerate the steps for starch test.
Ans. i. The leaf is removed from the plant and dipped in boiling water to kill the cells.
ii. The leaf is then boiled in methylated spirit over a water bath to remove the chlorophyll.
iii. The decolorized leaf is dipped in hot water to soften it.
iv. It is put on a white tile and a drop of iodine is put on it.

Question. An experiment was set up as shown in the figure given along side.

a. How will you test this gas ?
Ans. A glowing splinter bursts into flame which shows the presence of oxygen.

b. Name one water plant that can be used for this experiment.
Ans. Hydrilla

c. What happens when a pinch of sodium bicarbonate is added to the water in the beaker.
Ans. The rate of photosynthesis will increase and the rate of bubling also increases.

e. What is the aim of the experiment ?
Ans. To show that oxygen is produced during photosynthesis.

d. What is the site of dark reaction ?
Ans. It is the stroma of chloroplast in the cell

e. State another name for the light phase.
Ans. It is also called the photo-chemical phase

d) What is the source of energy for dark reaction ?
Ans. ATP and NADPH2 formed during light reaction are used up during dark reaction.

Question: Draw a neat and labelled diagram of the chloroplast.

Question. Give biological reasons for each of the following:
a. The grass growing in the shade turns yellow after a few days.
Ans The chloroplast contains a green pigment chlorophyll which imparts green colour to the grass leaves. The formation of new chlorophyll requires light. If the grass is devoid of sunlight new chlorophyll is not formed and the old chlorophyll disintegrates, therefore the grass turns yellow in colour.

b. A tiger owes its existence to green plants.
Ans: Plants are autotrophs and thus the primary producer. They form the base of any food chain

c. Life on this planet is possible due to green plants.
Ans. For life one needs
a) Food b) Oxygen
Green plants during the process of photosynthesis prepare both i.e.

Question. Shown below is an experimental set up used to perform an experiment to show one of the conditions necessary for Photosynthesis : Study the set up and answer the questions.

a. What will be the result of starch test on a leaf from set up A and set up B ?
Ans. When tested with iodine, leaf of set A show starch test while leaf B of set B will not show starch test since NaOH absorbs all the CO2 and no photosynthesis takes place

b. What is the role of NaOH placed inside the bell jar ?
Ans. NaOH absorbs CO2 and keeps the bell jar free from the CO2.

c. What is the aim of the experiment ?
Ans. To show that CO2 is necessary for photosynthesis

d. What is the role of set up A ?
Ans. Set up A shows all the conditions necessary for photosynthesis and it is a ‘control’.

e. Give a balanced equation for the process of photosynthesis.
Ans.

Question. A plant with variegated leaves was kept in the darkness after which it was placed in the sunlight for few hours. One of the leaves was then plucked and an outline of the leaf making the green and non green parts was drawn. It was then tested for starch. Using the above information answer the following questions.

b. Name the chemical used for testing the presence of starch.
Ans. Iodine solution.

d. State the aim of the experiment ?
Ans. To show that chlorophyll is necessary for photosynthesis.

Question. Observe the diagram given below and answer the questions :

a. What is the function of NaOH in the flask ?
Ans. NaOH absorbs CO2 thereby making the flask CO2 free.

b. Name 2 factors, shown here, on which photosynthesis depends.
Ans. CO2 and sunlight

Question. A twig of a plant was kept inside a flask as shown is the diagram and it was kept in sunlight for a few hours.

b. What is the aim of the experiment ?
Ans. To prove that carbon dioxide is necessary for photosynthesis.

c What control would you set up for this experiment ?
Ans. Take another flask and place a leaf in it as shown above, without KOH.

d. What test would you do on the leaf inside the flask ? Give the steps of the test.
Ans. Starch test.
Step I : Dip the the leaf in boiling water for a minute to kill the cells.
Step II : Boil the leaf in methylated spirit to remove chlorophyll.
Step III : Put the leaf in normal water to make it soft.
Step IV : Put iodine solution on the leaf. It turns starch blue black

Question. An experiment was set up to test a certain aspect of photosynthesis. Study the diagram and answer the question.
Ans.

a. What is aim of the experiment?
Ans. To show that sunlight is necessary for photosynthesis

b. Name the solution used to test for starch.
Ans. Iodine solution

Question. Note the relatioship between the first two words and suggest the suitable word / words for the fourth place.

Question. Choose the most appropriate answer :

4. The mode of nutrition in green plants is called ___________
a. Heterotrophic
b. Holozoic
c. Autotrophic
d. Saprophytic

7. The rate of photosynthesis in not affected by ___________
a. CO2, concentration
b. light intensity
c. temperature
d. Wind velocity

9 . If the rate of respiration becomes more than rate of photosynthesis, plant will___________
a. continue to live, but will not store food
b. grow more vigorously
c. stop growing and eventually will die
d. be killed instantly.

12. Number of water molecules needed to produce one molecule of glucose during photosynthesis _________
a. six
b. twelve
c. eighteen
d. four

18. An internal factor which affects the rate of photosynthesis __________
a. Light intensity
b. Chlorophyll
c. CO2 concentration
d. Temperature

20. Chlorophyll in the leaf is required for __________
a. Imparting green colour
b. storing starch
c. trapping light energy
d. splitting of water molecule.

Question. Fill in the blanks :

1. Organisms which prepare their own food from basic raw materials. ________

3. An enzyme that helps to convert starch to soluble glucose for translocation.________

Question. State whether the following statements are True of False. Change the false statements by changing the underlined word only.

10. Photosynthesis is the only biological process that releases O2 to the atmosphere._____ 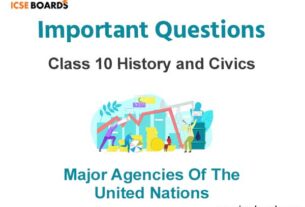