Question 1. Define the following:
(i) Population
(ii) Sanitation
(iii) Deforestation
(iv) Birth control
(v) Rhythm method
(vi) Abstainence
(vii) Test-tube baby
(viii) Birth rate
(ix) Death rate
(x) Population density
(xi) Natality
Solution 1:
(i) Population: The total number of individuals of a species found in a given area is referred to as the population.
(ii) Sanitation: This refers to the creation and implementation of public health measures.
(iii) Deforestation: When a forest or a stand of trees is removed from an area, the area is transformed to a non-forest usage.
(iv) Birth control: This is an attempt to limit the number of births in a family such that no more than two children are born to a couple.
(v) Rhythm method: This is a natural form of birth control in which the pair tries to have sexual relations a week before and after their menstrual cycle.
(vi) Abstinence: Abstinence is the act or practise of refraining from doing something
(vii) Test-tube baby: A test-tube baby is born from an egg fertilised outside the body and put in the uterus of the biological or surrogate mother.
(viii) Birth rate: This refers to the total number of live births per thousand persons in a given year.
(ix) Death rate: This is the number of deaths per 1,000 individuals in a given year.
(x) Population density: At any given time, it is the total number of individuals of a specific species in relation to unit area.
(xi) Natality: This refers to the number of live births per thousand individuals in a given year.

Question 5. Mention any two reasons for the rapid increase of population in India recently.
Solution 5:
The following are the two factors that have contributed to India’s recent high population growth:
(i) Scientific and technological advancements
(ii) Improved health-care facilities

Question 7. (i) “Our resources cannot keep pace with the rising population.” Give three examples in support of this statement.
(ii) Suggest any three steps which may be taken towards controlling the rapid rise in human population in India.
Solution 7:
(i) “Our resources are unable to keep up with the increasing population.”
1. While population grows geometrically, food production grows arithmetically.
2. Increasing population puts a strain on natural resources such as water, land, and forests.
3. The scarcity of fuel is worsening by the day.
(ii) The following are three things that could be adopted to control India’s rapid population growth:
1. Education: Individuals should be educated on the benefits of having a small family.
2. Marriageable age: Population control can be achieved by raising the marriageable age.
3. Planning a family: Family planning, which includes birth control and contraception, can help to limit population growth.

Question 8. What are the main drawbacks of a large population?
Solution 8:
The main disadvantages of a big population are that it may result in a scarcity of basic resources such as food, water, and fuel, which would make existence impossible. Furthermore, overcrowding can result in infections, poverty, and unemployment, among other things.

Question 9. What steps has the Indian Government taken to control population?
Solution 9:
The Indian government has taken the following steps to control population:
1. Establishment of health centres to advise and assist people with family planning.
2. Condoms and other barrier contraceptives are freely distributed.

Question 10. Give two advantages of a small family.
Solution 10:
A small family has two advantages:
(i) Children can be given with good health and education, as well as the fundamental necessities of life.
(ii) The family’s living levels may be high.

Question 11. What do you understand by population explosion? Discuss its consequences.
Solution 11:
The term “population explosion” refers to a population growth rate that is very high. Overcrowding, as well as a scarcity of resources like as food, water, land, and fuel, may be the result of population boom. Unemployment, poverty, social unrest, epidemics, and violence are all possible outcomes.

Question 12. What is meant by “population density”? What is the operation made in women to prevent the flow of eggs into oviducts?
Solution 12:
The quantity of people per square kilometre at any given time is known as population density. Tubectomy is a procedure that prevents eggs from flowing into the oviduct in women.

Question 13. Mention two reasons for the decline in death rate in India in recent times.
Solution 13:
The two explanations for the recent fall in India’s death rate are as follows:
(i) Advancement in medical knowledge, which results in a lower morality rate.
(ii) Longevity as a result of improved food and health services.

Question 20. State whether the following statements are true or false:

(i) Birth rate is the number of live births per hundred of the population.

(iv) Use of a condom for contraception is a barrier method.

(v) Tubectomy is performed on females.

Question 21. Fill in the blanks:

(v) ______ is the total number of live births per thousand people per year.

(vi) ______ is the total number of deaths per thousand people per year.

(vii) ______ is simply the number of individuals belonging to different age groups.

(ii) The surgical method represented in the diagram vasectomy.
(iii) The part is ligated or cut is Vas deferens.
(iv) The corresponding surgical method conducted on females Tubectomy.
(v) The part which is ligated in females is Fallopian tube. This is done to prevent the flow of eggs into the oviduct and its fusion with the sperm.

(x) The purpose of vasectomy is
(a) to make the tests atrophy.
(b) to stop the production of sperms.
(c) to prevent the presence of sperms in the semen.
(d) to kill the sperms present in the semen. 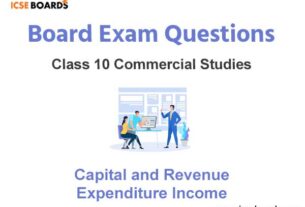 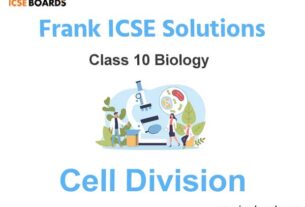