Students should refer to Structure of Chromosomes Cell Cycle and Cell Division ICSE Class 10 Biology Board Exam Questions provided below with solutions. These will help the students to understand the type of questions which have been asked in previous year examinations and the type of solutions which the student should give to get good marks. You should also refer to ICSE Class 10 Biology Sample papers for more practice

Choose the correct alternative for each :-

Question: Centromere is concerned with _________________ .
a. duplication of DNA
b. formation of spindle fibres
c. splitting of chromosomes

Name the phase of Mitosis characterized by the following :

Question: The chromosomes arrange themselves upon the equator____________ .

Give one word for each of the following :

Question: Small constriction on the chromosome where spindle fibres are attached ____________

Question: Period of rest in between two successive cell divisions ___________.

Question: Type of cell division that leads to the formation of two identical daughter cells. _________.

What kind of cell division takes place in each of the following?

Fill in the blanks.

Study the relationship between the first pair and complete and rewrite the second pair.

Each of the following statements are incorrect. Correct and rewrite the statements.

Question: What are the differences in cytokinesis of an animal cell and plant cell?
Ans.

Question: What does a cell cycle consist of ?
Ans. The cell cycle involves two main stages :
a. Interphase : It is a period between two cell divisions.
b. Division / M phase – In this phase the cell divides.
The following diagram depicts the cell cycle.

Question: What are the differences in cytokinesis of an animal cell and plant cell?
Ans.

Question: What are the stages in a mitotic division ?
Ans.

Question: What is the Watson and Crick’s model of DNA ?
Ans.

DNA is a double helix.
i. The two strands are spirally twisted around each other.
ii. The two strands are complementary to each other.
iii. Each strand is a polynucleotide strand i.e., it is made up of many nucleotides.
iv. Each nucleotide is made up of 3 components –
a. A pentose sugar.
b. A phosphate group represented by phosphoric acid.
c. A nitrogen base : which may be
i. Adenine ii. Thymine iii. Cytosine iv. Guanine
Adenine of one strand pairs with thymine of the other strand and there is a double hydrogen bond between them.
Cytosine of one strand pairs with guanine of the other strand and there is a triple hydrogen bond between them

Question: Given below is a diagram representing a stage during mitotic cell division in an animal cell.

Question: Mention two points of difference between mitosis and meiosis with regard to
a. The no. of daughter cells formed.
b. The chromosome no. in the daughter cells
Ans.

Question: Identify the above stage. Give a reason to support your answer.
Ans. Late prophase.Reason
(i) Sister chromatids attached to each other at a small region called centromere
(ii) Spindle fibres appear between daughter centrioles.

Question: Name the stage that follows this stage. How can this stage be identified.
Ans. Metaphase. This can identified by the arrangement of chromosomes in the equatorial plane.
Each chromosome gets attached to a spindle fibre by its centromere.

Question: Explain the structure of chromatin?

Ans. Chromatin is made up of DNA and proteins called histones.
a. Chromatin fibre appears like a string of beads. The beads are called nucleosomes.
b. Each nucleosome has a core of eight histone molecules around which a spiral of DNA is wound.

Question: What is Go phase?
Ans. In certain cells, the cell growth is arrested at a specific point during the G1 phase.
Thus the cell withdraws from cell cycle and the cell is said to be in Go phase. Eg., Nerve cells.
MEIOSIS
This cell division shows following features :
i. It takes place in the reproductive organs to form gametes (sex cells)
ii. One parent cell divides to form four daughter cells.
iii. Each daughter cell gets half the number of chromosomes to that in the parent cell.

Question: Draw neat labelled diagrams to show the different stages of mitosis in an animal cell with 4 chromosomes.
Ans.

Question: What is the significance of meiosis ?
Ans. a. Reproductive cells are formed by meiosis to form haploid gametes which then fuse to form a diploid zygote. Thus it helps in maintaining the number of chromosomes in a species.
b. During crossing over, genetic material is exchanged leading to variation.
c. Variation provides basis for evolution.

Ans. a. Prophase
Chromatin fibres, condense, become short and thick to form chromosomes. Each chromosome has 2 chromatids joined at the centromere. Centrioles divide, move past and occupy opposite poles. Each centriole is surrounded by radiating rays called ‘asters’ Spindle fibres appear between centrioles and chromosomes Nuclear membrane and nucleolus disappear.

b. Metaphase
The chromosomes arrange themselves on the equatorial plane Each chromosome gets attached to a spindle fibre by its centromere.

c. Anaphase
The sister chromatids of each chromosome separate. Chromatids move to opposite poles due to contraction of spindle fibres.

Question: Given below is a diagram of a part of DNA. Study the diagram and answer the questions.

Question: How many nucleotides have been shown?
Ans. Four nucleotides.

Question: How many strands are shown here ?
Ans. Two strands.

Question: What is a nucleotide ?
Ans. A nucleotide has 3 components:
a. A pentose sugar (S)
b. A phosphate group (P)
c. A nitrogen base which may be A,T, C or G

Question: Who worked out the structure of DNA ?

Ans. Its structure was discovered by Watson and Crick for which they were awarded the Nobel Prize.

Question: Why does cell division occur or why do new cells need to be produced?
Ans. New cells need to be produced for :
a. Growth : Addition of new cells leads to growth in size.
b. Replacement : The worn and torn out cells are replaced by new cells formed.
c. Repair : Repair of cells / tissue damaged in injury. Eg., Repair of a fractured bone or a cut in the skin.
d. Reproduction : In higher organisms, the cells in the reproductive organs undergo special division (meiosis) to form sex cells.

Question: The diagram below shows a certain phenomenon . Study it and answer the question.

Question: What is the significance of this phenomenon?
Ans. Crossing over causes exchange of chromatid material between chromosomes from the parent. This leads to a new combination of genes in the sex cells.

Question: i. Name the phenomenon being shown.
Ans. Crossing over.

Question: In which kind of cell division , does this phenomenon occur?
Ans. Meiosis.

Question: What kind of a pair of chromosomes does part 1 form ?
Ans. Homologous chromosomes.

Question: Define it
Ans. It is the exchange of genetic material between the non -sister chromatids of homologous chromosomes.

Question: How many chromosomes will be visible in a dividing human cell?
Ans. 46 chromosomes.
Chromosomes occur in even numbers. There are two of each kind.. Thus there are 23 pairs of chromosomes visible.

Question: Mention three significant changes that occur in a cell during interphase.
Ans. a. DNA is synthesized.
b. Chromatin material duplicates.
c. Cell increases in size and prepares proteins.

Question: Define meiosis.
Ans. Meiosis is a type of cell division that gives rise to four reproductive cells (daughter cells) each with half the number of chromosomes to that of parent cell. Two consecutive cell divisions take place here.

Question: Define mitosis. Where does it take place ?
Ans. Mitosis is a type of cell division in which two identical daughter cells are produced by division of a parental cell. Mitosis occur in all body cells called ‘somatic cells’.

Question: When and where does mitosis take place ?
Ans. Mitosis takes place in all the body cells i.e., somatic cells It takes place for:
a. Growth – new cells are added that leads to growth in size.
b. Replacement – old worn and torn cells are replaced.
c. Repair – injured cells / tissue are repaired by addition of new cells.

Question: What is the significance of mitosis ?
Ans. a. Mitosis maintains the same number of chromosomes in daughter cells as in parent cell.
b. It promotes growth of an organism.
c. It helps to replace the worn out or dead cells in the body.

Question: What is the function of DNA ?
Ans. DNA has the following functions:
i. Transmission of hereditary characters.
ii. Control of metabolic activities of the cell.

Question: Where is DNA found ?
Ans. Deoxyribonucleic Acid is found in the nucleus as well in certain organelles like mitochondrion and chloroplast. 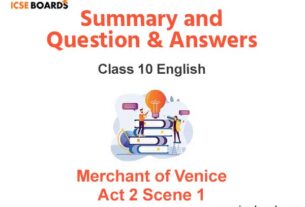 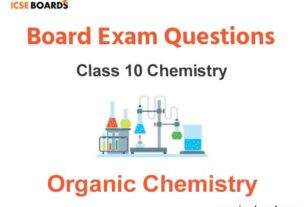 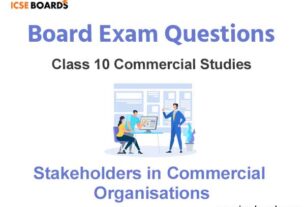