Question 1: The Chromatin material is formed forms of
(a) DNA only
(b) DNA and histones
(c) Histones only
(d) Nucleotides

Questions 1: Name the following:
a) The repeating components of each DNA strand lengthwise.
b) The complex consisting of DNA strand and a core of histones.
c) The type of bond which joins the complementary nitrogenous bases.
d) The three components of a nucleotide.
Solution 1:
(a) Nucleotides.
(b) Nucleosome.
(c) Hydrogen Bond.
(d) Phosphate, Sugar and Nitrogenous base.

Question 1: What is a nucleosome?
Solution 1:
The nucleosome is the most fundamental structural element of DNA. Each strand of DNA is wound around an eight-molecule core of histone molecules. This core like a football, around which a long rope with one or two loops is twisted. A nucleosome is the name for such a complicated structure. A million nucleosomes can be found on a single human chromosome.

Question 2: What are genes?
Solution 2:
Gene is a structural and functional unit of heredity and variations. Genes are specific sequences of nucleotides on a chromosome that encode particular proteins which express in the form of some particular feature of the body. In other words, the gene is the DNA segment of the chromosome and it controls the expression of characteristics.

Question 1: Given below is a schematic diagram of a portion of DNA.

Question 2:
The three sketches (A, B and C) are intended to represent the replication of DNA. What should be their correct sequence starting with the first and ending with the last? ……

Solution 2:
The correct sequences are as follows: B, C and A.

Question 1: The number of chromosomes in a certain type of cell division is halved. This kind of cell division occurs in.
(a) Only testis
(b) Only ovary
(c) Both ovary and testis
(d) All body cells

Question 3: Synthesis phase in the cell cycle is called so for the synthesis of more of.
(a) RNA
(b) RNA and proteins
(c) DNA
(d) Glucose

Question 1: Imagine one cell (A) has undergone one mitotic division and another cell (B) has completed its meiotic division. How many cells would the two produce?
Solution 1:
Cell A: 2
Cell B: 4

Question 2: Match the events given in column A with the phase in mitotic cell division in column B

Fill in the blanks:

a) Mitosis occurs in our cells.

c) Meiosis occurs only in cells.

d) Humans have 46 chromosomes: Their sperms and eggs will have chromosomes each.

e) During the pairing of chromosomes in meiosis, the chromosomes come to lie side by side.

f) The (s) are surrounded by radiating rays called aster.

Question 1: State the difference between:
a) Chromosome and chromatid:
b) Centrosome and centromere:
c) Aster and spindle fibres:
d) Haploid and diploid:
Solution 1:
(a) In cells, a chromosome is an orderly structure comprising DNA and protein. A chromatid is one of the two copies of DNA that make up a duplicated chromosome, which are united at their centromeres for the process of cell division, whereas a genome is a single piece of coiled DNA containing numerous genes, regulatory elements, and other nucleotide sequences (mitosis or meiosis).
(b) Microtubules are formed in the centrosome, which is a part of the cell. The centrioles are a pair of tiny organelles found within the centrosome of an animal cell. The centrosome divides and the centrioles replicate (create new copies) during mammalian cell division, but each chromosome in its condensed state is made up of two chromatids linked at some point along its length. Centromere refers to the connection point.
(c) During mitosis in an animal cell, an aster is a cellular structure shaped like a star that forms around each Centrosome, whereas spindle fibres are aggregates of microtubules that move chromosomes during cell division.
(d) A haploid cell is one with one set of chromosomes. Meiosis produces gametes, which are haploid cells with two sets of chromosomes, whereas a diploid cell has two sets of chromosomes. Each parent contributes one set of chromosomes.

Question 4: Mention whether the following statements are (T) Or (F). Give reason in support of your answer.

(a) As you grow from childhood to adulthood, your skin cells divide only to replace such cells that are lost from the surface.

(b) The unfertilized human egg has half the number of chromosomes of the body cells.

(c) Nuclear membrane in mitotically dividing cells remains intact up to the metaphase and disappears only in the telophase.

(d) Mitotic cell division can be a mode of reproduction.

(e) Crossing over between chromatids can occur only between homologous chromosomes.

Question 1: Draw a labeled diagram to show the metaphase stage of mitosis in an animal cell having ‘6’ chromosomes.
Solution 1:

Question 2: The diagram below represents a stage during cell division. Study the same and then answer the questions that follow:

a) Name the parts labeled 1, 2, and 3.
b) Identify the above stage and give a reason to support your answer.
c) Mention where in the body this type of cell division occurs.
d) Name the stage prior to this stage and draw a diagram to represent the same.
Solution 2:
(a) 1 – Centrosome
2 – Spindle fibres
3 – Chromatids
(b) The late anaphase of mitosis in an animal cell is depicted in the diagram. The existence of distinct chromatids at the cell’s two poles indicates the stage. Late anaphase is identified by the formation of a furrow in the cell membrane.
(c) Mitotic division occurs in all cells of the body except reproductive cells, and this type of cell division happens in all cells of the body save reproductive cells.
(d) Metaphase is the step preceding anaphase.

Question 3: The diagram given below represents a certain phenomenon which occurs during meiosis. Name and explain the phenomenon by using the terms – homologous chromosomes, chromatids, crossing over.

Question 4: Given below is a diagram representing a stage during mitotic cell division in an animal cell examines it carefully and answer the questions which follow.

a) Identify the stage. Give one reason in support of your answer.
b) Name the cell organelle that forms the ‘aster’
c) Name the parts labeled 1, 2 and 3.
d) Name the stage that follows the one shown above, how is that stage identified?
e) Mention two differences between mitosis and meiosis with regards to:
The number of daughter cells produced. The chromosome number in the daughter cells.
Solution 4:
a) Late prophase. Because the nuclear membrane and nucleolus have disappeared.
b) Centrioles
c) 1 – Centromere. 2 – Chromatids. 3 – Spindle fibre.
d) Metaphase. The centromeres of chromosomes are drawn to the equator by equal pull of two chromosomal spindle fibres that connects each centromere to the opposite poles, forming a metaphasic plate.
e) Differences between mitosis and meiosis:

Question 5: Given below are three diagrammatic sketches (A, B and C) of one and the same particular phase during mitotic type of cell division.

(a) Identify the phase
(b) What is the diploid number of chromosomes shown in them?
(c) Identify whether these are animal cells or plant cells?
(d) Which of these is/are shown in correct direction?
(i) Only A
(ii) Only B
(iii) Only A and C
(iv) All the three
Solution 5:
a) Metaphase.
b) 4
c) A – Animal, B – Animal, C – Plant
d) (iv) All the three

Question 6: Shown below are four stages (A, B, C, D) (not in sequence) of a certain kind of cell division.

(a) Is it a plant cell or an animal cell? Give two reasons
(b) Is it undergoing mitosis or meiosis?
(c) What should be the correct sequence of these four stages among themselves?
(d) Name the stage that should precede the earliest of these stages
(e) Draw the stage names above inside the blank space provided.
Solution 6:
(a) This is an animal cell since:
i) It has a circular outline (in plants, it would be angular, rectangular, or polygonal) and no cell wall.
ii) There Centrosomes or centrioles are present. (These can only be found in animal cells)
(b) Mitosis
(c) B, C, D, A.
(d) Interphase
(e) 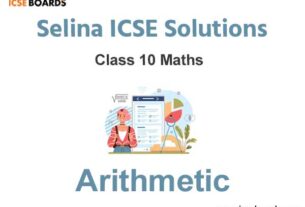 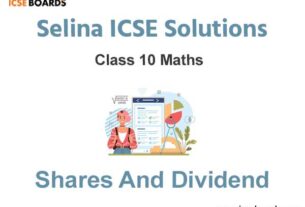