1) During inspiration, the diaphragm
a) relaxes
b) contracts
c) expands
d) gets folded
Solution: (b) contracts

2) The ultimate end parts of the respiratory system in humans are known as
a) alveoli
b) bronchioles
c) tracheoles
d) bronchi
Solution: (a) alveoli

Choose the odd one out in the following groups of four items each:

Name the body structure concerned with the given functional activity:

Match the items in Column I with the ones most appropriate in Column II. Rewrite the matching pairs.

Q2) State one function of the following:
1) Ciliated epithelium lining the respiratory tract
2) Mitochondria
3) Diaphragm
4) Intercostal muscles
5) Pleural fluid
Solution:
1) The respiratory tract’s ciliated epithelium: This is the inner, protective lining of the respiratory route. Driving whatever fluid that is on them, it aids in motion.
2) Mitochondria: In the presence of oxygen, pyruvic acid is further broken down in mitochondria in a step-by-step, cyclic way.
3) Diaphragm: The diaphragm aids in the lengthening of the chest cavity.
4) Intercostal muscles: These muscles assist in rib inward and outward motion, which enlarges the chest cavity all around.
5) Pleural fluid: It lubricates the free movement of the lungs as they expand and collapse.

Q3) Match the items in Column A with those in Column B.

Question 1) Under what conditions would the breathing rate increase?
Solution:
After a strenuous workout, breathing becomes more rapid. Additionally, a buildup of CO2 in the blood quickens breathing.

Question 2) How would you prove that air you breathe out is warmer?
Solution:
The air that is released when breathing is always warmer or body temperature. By exhaling onto our own palm, we can feel it. The warm air that is exhaled during breathing may be felt.

Question 3) How is the respiratory passage kept free of dust particles?
Solution:
Mucous glands and ciliated epithelium line the nasal cavity. Mucous is produced by the mucous glands. The whole lining of the larynx, trachea, bronchi, and bronchioles is made up of the ciliated epithelium. Dust, microorganisms, pollen, and other minute airborne particles are captured by the cilia and mucus that are constantly moving. In this method, dust particles are kept out of the respiratory tract.

Question 4. Why does a person feel breathlessness at higher altitudes?
Solution:
Low oxygen levels are present in the air at greater altitudes. Therefore, breathing becomes difficult at greater elevations.

Question 5. Why do you shiver and why do your teeth chatter when it is very cold in winter?
Solution:
Heat generation is raised by accelerated metabolic rate and increased muscle activity in order to maintain the body temperature constant under severely cold winter circumstances. There is a lot of muscle action involved in trembling and teeth chattering. In order to boost the body’s ability to produce heat, this is why we shiver and grind our teeth during the cold.

With regard to the respiratory system and the process of respiration in man, answer the following questions:

Question 2. Briefly describe how the above mentioned muscles help in the inspiration of air.
Solution:
(i) The chest cavity is made larger by the ribs being forced inward and outward by the intercostal muscles that are stretched between them.
(ii) The diaphragm flattens and squeezes the abdominal organs. The abdominal wall expands when the abdominal muscles are relaxed.

Question 3. Give the overall chemical equation to represent the process of respiration in humans.
Solution:
The general chemical formula for how humans breathe is as follows:
C6H12 O6 + 6O2 Enzymes→ 6CO2 + 6H2O + 38ATP + 420kcal

Question 4. What is meant by:
(i) Residual air and
(ii) Dead air space
Solution:
1. Residual air: Even after forcing air out of the lungs, some air is always left behind. This is the air that is still present. 1500 ml make up this amount.
2. Dead air space: Some tidal air is left in the trachea and bronchi, respiratory passageways where gas diffusion cannot take place. Dead air gap is the name given to this area. Its volume is 150 ml.

Question 5. Starting from the nostrils, trace the path in sequence which the inspired air takes until it reaches the air sacs.
Solution:
The inspired air’s motion:
Nose → Pharynx → Larynx → Trachea → Bronchi

Question 1) What are the functions of the following in breathing?
a) Ribs
b) Diaphragm
c) Abdominal muscles
Solution:
a) Ribs: The muscles stretched between the ribs cause the ribs to shift inward and outward, increasing the chest cavity all around.
b) Diaphragm: During contraction, the diaphragm flattens down or descends from its dome-shaped contour to virtually a horizontal plane, which helps to lengthen the chest cavity.
c) Abdominal muscles: By moving the diaphragm, abdominal muscles help to expand the thoracic cavity, which facilitates inspiration.

Question 1) Given alongside is a diagrammatic sketch of a kind of part in human lungs. Name the parts numbered 1-4.

Question 2) Given below are chemical reactions (1 to 5) involving glucose and five other chemical products (A-E).

Question 3) The volume of air in the lungs and the rate at which it is exchanged during inspiration and expiration was measured. The following diagram shows a group of lung volumes and capacities.
Study the diagram carefully and explain briefly the following:
(a) Tidal volume (TV)
(b) Inspiratory reserve volume (IRV)
(c) Expiratory reserve volume (ERV)
(d) Vital capacity (VC)
(e) Residual volume (RV) 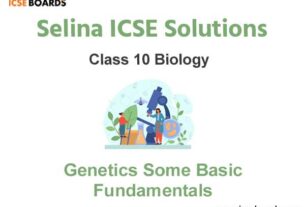