Students should refer to Work and Energy ICSE Class 10 Physics notes provided below designed based on the latest syllabus and examination pattern issued by ICSE. These revision notes are really useful and will help you to learn all the important and difficult topics. These notes will also be very useful if you use them to revise just before your Physics Exams. Refer to more ICSE Class 10 Physics Notes for better preparation.

Students can refer to the quick revision notes prepared for Chapter Work and Energy in Class 10 ICSE. These notes will be really helpful for the students giving the Physics exam in ICSE Class 10. Our teachers have prepared these concept notes based on the latest ICSE syllabus and ICSE books issued for the current academic year. Please refer to Chapter wise notes for ICSE Class 10 Physics provided on our website.

• Work is any physical or mental activity which one does to perform daily tasks. However, in scientific parlance, work is done when a force produces motion in an object.

• The amount of work depends on two factors:

• The magnitude and direction of force applied to an object

• The distance/displacement through which the object moves

• The amount of work done by a force in moving a body is equal to the product of the force and the displacement of the point of application of the force in the direction of force.

• Work is a scalar quantity.

• Thus, the expression of work is W = Fscosθ

• Thus, the amount of work done is the product of force, displacement and the cosine of the angle between the force and displacement.

• If the displacement is in the direction of the force, i.e. θ = 0o, then the work done is W = F X s . This work is maximum and positive.

• If the displacement is zero, then the work done is zero. This is the case when a body is performing circular motion.

This work is minimum and negative.

• If a body of mass m moves down from a height h, then the force of gravity or weight acts on the body through a displacement h.

• Similarly, if the body is thrown up to a height h, then the work done by gravity is W = – mg x h

• One joule of work is said to be done when a force of one newton displaces the body through a distance of one metre in its direction.

• The CGS unit of work is erg.

• One erg of work is said to be done when a force of one dyne displaces the body through a distance of one centimetre in its direction.

• Power is a scalar quantity.

• If displacement is at an angle θ, then the power is

• Another unit of power is kilowatt (kW).

• We can define energy as the capacity to do work.

• The amount of energy possessed by a body is the amount of work it can do when that energy is released.

• Energy is a scalar quantity.

• Another unit of energy is watt hour or kilowatt hour.

• Heat energy is usually measured in calorie. One calorie is the energy required in raising the temperature of 1 g of water through 1°C.

• The energy possessed by a body due to its state of rest or of motion is called mechanical energy.

• The total mechanical energy of a body is equal to the sum of its kinetic energy and potential energy.

• The energy possessed by a body by virtue of its state of motion is called kinetic energy. It is denoted by ‘K’.

• Suppose a body of mass m is moving with a velocity ‘v’. It is brought to rest by applying a constant opposing force F. Let ‘a’ be the uniform retardation produced by the force, and the body travels a distance ‘S’ before coming to rest.

Kinetic energy = Work done by retarding force in stopping it

• Thus, the kinetic energy is given as

• The kinetic energy and momentum are related as P

• According to the work–energy theorem, the work done by a force on a moving body is equal to the increase in its kinetic energy.

• Thus, the work done is the increase in kinetic energy.

• The energy possessed by a body by virtue of its specific position or changed configuration is called potential energy. It is denoted by ‘U’.

• Larger the distance of the body from the centre of the Earth, greater is its gravitational potential energy.

• The gravitational potential energy of a body at a height above the ground is measured by the amount of work done in lifting it up to that height against the force of gravity.

• Let a body of mass m be lifted from the ground (or Earth surface) to a vertical height h. The work W done on the body in lifting it to a height h is
W = Force of gravity (mg) x displacement (h) =mgh

• This work is stored in the body when it is at a height h in the form of its gravitational potential energy.

Thus, gravitational energy is U = mgh.

• Potential energy changes into kinetic energy whenever it is put to use.

• The energy radiated by the Sun is called solar energy.

• The energy released on burning coal, oil, wood or gas is heat energy.

• Light energy is the form of energy which helps other objects to be seen.

• The Sun is the natural source of light energy. The moon reflects light from the Sun. Other sources such as fire, candle, tube light, bulb etc. provide light energy.

• The energy possessed by fossil fuels such as coal, petroleum and natural gas is called chemical energy or fuel energy.

• The energy possessed by running water is called hydro energy. It is used to generate electricity in hydroelectric power stations.

• When two dry bodies are rubbed together, they get charged due to the movement of free electrons from one body to the other. Thus, they possess electrical energy. An electric cell is a source of electrical energy.

• The energy released during the process of nuclear fission and fusion is called nuclear or atomic energy.

• The energy released in nuclear disintegrations in the interior of the Earth gets stored deep inside the Earth and is called geothermal energy. This energy heats up the underground water to produce natural steam.

• The energy possessed by fast-moving air is called wind energy. This energy is used in driving a wind mill.

• A vibrating body possesses sound energy. It is sensed by our ears. When the disturbance produced in atmospheric air layers by a vibrating body reaches our ears and produces vibrations in the ear membrane, sound is heard.

Conversion of One form of Energy into Another

• In a loudspeaker electrical energy is converted to sound energy.

• When a candle burns the chemical energy inside the wax gets converted to light energy.

• In a photocell, light energy incident on gets converted to electrical energy.

Law of Conservation of Energy

• According to the law of conservation of energy, energy can neither be created nor be destroyed. It only changes from one form to another.

• The total mechanical energy of an isolated system at any instant is equal to the sum of its kinetic energy and potential energy.

• Consider a body of mass m freely falling under gravity from a height h.

Application of Law of Conservation of Energy to a Simple Pendulum

• On releasing the bob from a height, it moves back to its initial position. Its vertical height decreases from h to zero, so its potential energy decreases from mgh to zero, and it gets converted into kinetic energy,

• At an intermediate position, the bob has both kinetic energy and potential energy, but the sum of both remains constant throughout the swing. 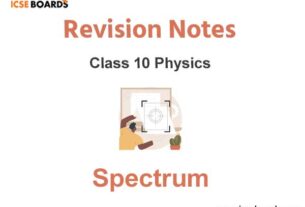 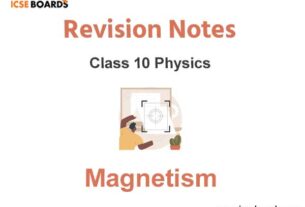