Students should refer to Modern Physics ICSE Class 10 Physics notes provided below designed based on the latest syllabus and examination pattern issued by ICSE. These revision notes are really useful and will help you to learn all the important and difficult topics. These notes will also be very useful if you use them to revise just before your Physics Exams. Refer to more ICSE Class 10 Physics Notes for better preparation.

Students can refer to the quick revision notes prepared for Chapter Modern Physics in Class 10 ICSE. These notes will be really helpful for the students giving the Physics exam in ICSE Class 10. Our teachers have prepared these concept notes based on the latest ICSE syllabus and ICSE books issued for the current academic year. Please refer to Chapter wise notes for ICSE Class 10 Physics provided on our website.

Atomic Masses and Composition of Nucleus

• The mass of an atom is so small that it is inconvenient to express it in kilograms.

• The unit in which atomic and nuclear masses are measured is called atomic mass unit (amu).
• One amu is defined as 1/12th of the mass of 6C12 an atom of isotope.

• Atomic masses can be measured using a mass spectrometer.

• The different types of atoms of the same element which have similar chemical properties but different masses are called isotopes.

• The nucleus has the positive charge possessed by the protons. For an atom of atomic number Z, the total charge on an atomic electron is (−Ze), while the charge of the nucleus is (+ Ze).

• The composition of a nucleus is described using the followings terms and symbols:

• Nuclear species can be shown by the notation AZX, where X is the chemical symbol of the species.

• They are the atoms of an element whose nuclei have the same number of protons, but different numbers of neutrons.

• They have the same atomic numbers, but have different mass numbers.

• They have identical chemical properties and are placed in same location in the periodic table.

• The nuclei with the same number of neutrons (A – Z) are called isotones.

• The nuclei Hg80198Hg80198 and Au79197Au79197 are isotones. They do not have identical chemical properties and are placed in different locations in the periodic table.

• They are the atoms of different elements with the same atomic weight, but with different atomic numbers.

Bacquerel rays are radiations given out by radioactive elements.

• They are gas ionizers.

• They can penetrate through matter.

• They are affected by electric and magnetic fields.

Experiment to demonstrate the properties of Becquerel Rays

In this experiment, a lead cube was placed in a glass vessel and across its sides were placed two copper plates, connected to a very high d.c. potential. A photographic plate was placed over the cavity. The glass vessel was evacuated and then lead plug was removed.

It was found that the photographic plate developed the following pattern.

Alpha particles: By looking at the pattern, it was observed that the particles deflected towards the negative plate and having a dark spot are positive particles and are heavier than others.

• It is similar to doubly ionised helium atom and has the speed of the order of 107 ms-1.

• It strongly ionises the gas through which it passes.

• It rapidly dissipates its energy as it moves through a medium and therefore its penetrating power is quite small.

• As alpha particles are positively charged, so they are deflected by electric and magnetic fields.

• Alpha particles cause fluorescence on striking a fluorescent material.

Beta particles: The particles deflected towards the positive plate and having a lighter spot are negative particles and are of medium mass.

• These particles have speed of the order of 108 ms-1. Different beta particles emitted from same radioactive substance have different speed.

• These particles ionise the gas through which they pass. Also, their ionising power is equal to 1/100 times that of the alpha particles.

• Their penetrating power is more than the alpha particles.

• As these particles are negatively charged, so they are deflected by electric and magnetic fields.

• Beta particles cause fluorescence on striking a fluorescent material.

Gama particles: The particles which were not deflected towards any plate and having a very light spot are neutral particles and are of zero mass.

• Their ionising power is very low and it is 1/1000 times that of the alpha particle.

• Penetration power is very high for these particles.

• As these particles have no charge on them, so they do not get deflected by electric and magnetic fields.

• Gamma particles cause fluorescence on striking a fluorescent material.

• Gamma radiations are very useful in the treatment of cancer.

The nucleus of unstable radioactive substances undergoes spontaneous decay by self emission of either alpha (αα), beta (ββ), or gamma (γγ) radiations to form a more stable nucleus. Thus, the emission of these radiation leads to nuclear change.

Alpha emission: When an unstable nucleus contains more number of neutrons than the number of protons, then it may emit a particle containing two protons and neutrons, known as alpha particle. A stream of alpha particles is called alpha rays. This change can be expressed in the form of a reaction as follows:

where, AZX is the nucleus of a radioactive element of mass number A and atomic number Z. This is the parent nucleus which emits an alpha particle.

is a daughter nucleus or new element which has mass number A – 4 and atomic number Z – 2.

42HE is a alpha particle with mass number 4 and atomic number 2.

Beta emission: When an unstable nucleus contains more number of neutrons than the number of protons, then the neutron may change into a proton by emitting an electron (for charge conservation). The electron which is emitted from the nucleus at a high speed is called a beta particle. A stream of beta particles is known as beta rays. This
change can be expressed in the form of a reaction as follows:

where, AZP is the nucleus of a radioactive element of mass number A and atomic number Z. This is a parent nucleus which emits a beta particle.

Gamma emission: Most alpha and beta emissions are found to be followed by gamma emission. It occurs only when the daughter or the parent nucleus is in a state of excitation i.e. when it has extra energy. This extra energy is released in the form of electromagnetic radiations know as gamma radiations.

The gamma radiation takes no mass and no charge from the nucleus i.e., no protons or neutrons are lost, therefore the nucleus does not decay into a different nucleus. This change can be expressed in the form of a reaction as follows:

Uses of radioactivity or radio isotopes

• Medical use: In treating leukaemia, cancer or detecting the suspected brain tumour and blood clot before they become dangerous.

• Scientific use: In agriculture science to study the growth of plants by using particular chemical manure or to study the rate of decay of carbon in the remains of dead plants to study its age.

• Industrial use: As a fuel in nuclear reactors to generate power or for controlling the thickness of paper, plastic and metal sheets during their manufacturing.

• Radioactive leak out from nuclear plants

• Energies involved in conventional energy sources are of the order of electron volts per atom, but energy involved in nuclear processes are million times larger.

• When a neutron is bombarded on a uranium target, the uranium nucleus breaks into nearly equal fragments releasing great amount of energy.

• Fission of uranium does not always produce Ba and Kr. It can produce any other pair also.

• Fragment nuclei produced in fission are highly neutron rich and unstable. Therefore, they emit beta particle until they reach a stable end product.

• When 23592U undergoes fission, it produces neutron, which initiates another 23592U nucleus to undergo fission.

• When this chain reaction is controlled suitably, we can obtain a steady energy output.

• This phenomenon is used in a nuclear reactor.

• Average energy of a neutron produced in fission of 23592U is 200 MeV. Unless slowed down, it will escape from the reactor without interacting with the uranium nuclei.

• Light nuclei called moderator is provided in the reactor along with the nuclei for slowing down fast neutrons.

• Moderator helps to increase the ratio of number of fission produced by a given generation of neutrons to the number of the proceeding generation. This ratio is called multiplication factor (K).

• The factor K should be brought close to unity to avoid explosion.

• Reaction rate is controlled through control rods made of neutron absorbing material such as cadmium.

• Core of the reactor is the site for nuclear fission.

• Core is surrounded by reflector to reduce leakage.

• Energy released in fission is continuously removed by a suitable coolant.

• Whole assembly is shielded to check harmful radiation from coming out.

• Two light nuclei fuse to form a larger nucleus, and energy is released in the process.

• Two nuclei must come close enough so that attractive short range nuclear force is able to affect them.

• When fusion is achieved by raising the temperature, it is called thermonuclear fusion.

• Fusion reaction also takes place in sun in which the hydrogen is burnt into helium.

• Reaction occurring in sun is

Four hydrogen atoms combine to form a 42HE atom with the release of 26.7 MeV of energy.

• After 5 billion years, the hydrogen burning will stop and the sun will begin to cool. The outer envelope of the sun will expand, turning it into the so called ‘red giant’. 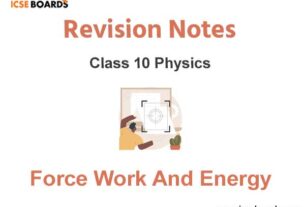 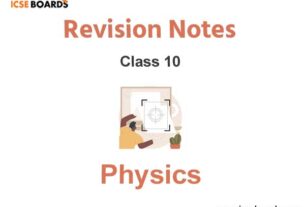 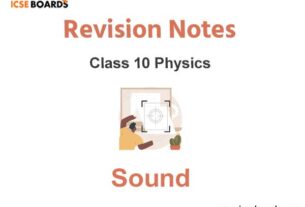