Students should refer to Spectrum ICSE Class 10 Physics notes provided below designed based on the latest syllabus and examination pattern issued by ICSE. These revision notes are really useful and will help you to learn all the important and difficult topics. These notes will also be very useful if you use them to revise just before your Physics Exams. Refer to more ICSE Class 10 Physics Notes for better preparation.

Students can refer to the quick revision notes prepared for Chapter Spectrum in Class 10 ICSE. These notes will be really helpful for the students giving the Physics exam in ICSE Class 10. Our teachers have prepared these concept notes based on the latest ICSE syllabus and ICSE books issued for the current academic year. Please refer to Chapter wise notes for ICSE Class 10 Physics provided on our website.

Deviation Produced by a Triangular Prism

• When a ray of light passes from one medium to another medium, it gets deviated from its path because of the difference in speeds of light in the two media.

• The deviation produced by a triangular prism is shown below

• For the emergent ray RS, the total deviation δ with respect to the incident ray PQ is given as δ = δ1 + δ2

•  Thus, the total angle of deviation δ depends on the following three factors:

•  Angle of incidence at the first surface

•  Refractive index of the material of the prism (μ)

Dependence of Deviation on Colour (or Wavelength) of Light

•  Light of different colours has different speeds in a medium. The speed of light in a transparent medium decreases with the decrease in the wavelength of light.

• Newton allowed the white light from the Sun to enter a darkened room through a small aperture in a window and placed a glass prism in the path of light rays and found light emerging with the colours of a rainbow.

• This coloured band is termed a spectrum.

• Starting from the side of the base of the prism, the colours in the spectrum on the screen are in the following order: Violet, Indigo, Blue, Green, Yellow, Orange and Red. The order of colours can easily be remembered as VIBGYOR.

• The phenomenon of splitting of white light by a prism into its constituent colours is known as dispersion.

• The band of colours obtained on a screen on passing white light through a prism is called a spectrum.

• The cause of dispersion is the change in speed of light with wavelength (or frequency).

• On the second surface of the prism, only refraction occurs (from glass to air), and different colours are deviated through different angles, i.e. violet is deviated the most and red the least.

• As a result, the colours get further separated on refraction at the second surface. The light coming out of the prism thus has different colours that spread out to form a spectrum.

• The colours of a spectrum of white light combine to reproduce white light.

• The two prisms combined together effectively act like a parallel-sided glass slab.

• This experiment shows that prism P1 simply disperses the white light into its constituent colours and prism P2 recombines these colours to form the white light again. None of the two prisms produces colours by itself.

• The portion of the spectrum between red and violet colours is the visible spectrum, and it is only a small part of the entire electromagnetic spectrum.

• The speed, frequency and wavelength of electromagnetic waves are related as C = vλ

• These waves do not require any material medium for their propagation.

• They exhibit the properties of reflection and refraction.

• These waves are not affected by electric and magnetic fields.

• These waves are transverse waves.

Properties and Uses of Radiations of the Electromagnetic Spectrum

• These are the most energetic electromagnetic radiations of wavelengths less than 0·1 Å (0·01 nm).

• They are obtained in emissions from radioactive substances due to energy change in the nucleus of their atoms.

• Like X-rays, they cause fluorescence when they strike fluorescent materials such as zinc sulphide.

• They can easily penetrate through thick metallic sheets.

• They can easily penetrate through the human body and cause immense damage.

In industry, to check welding.

• X-rays are produced when highly energetic cathode rays are stopped by a heavy metal target of high melting point.

• They are chemically more active radiations than ultraviolet radiations.

• They strongly affect a photographic plate.

• They cause fluorescence in materials such as zinc sulphide.

• They can penetrate through the human body, but they are stopped by the bones.

i. Because they are stopped by the bones, they are used to detect fractures in bones, teeth etc., and for diagnostic purposes such as CAT scan in medical science.

ii. They are also used for studying atomic arrangement in crystals as well as in complex molecules.

iii. They are used by detective agencies to detect concealed precious metals.

• Ultraviolet radiations can pass through quartz, but they are absorbed by glass.

• They are usually scattered by dust particles present in the atmosphere.

• They obey the laws of reflection and refraction.

• They strongly affect a photographic plate as they are chemically more active.

• They produce fluorescence on striking a zinc-sulphide screen.

• They cause health hazards such as skin cancer if the body is exposed to them for long.

i. For sterilising purposes.

ii. For detecting the purity of gems, eggs, ghee etc.

iv. In producing food of plants and animals.

• The electromagnetic radiations of wavelengths from 4000 Å to 8000 Å are called visible radiations.

• The Sun, an electric bulb, a flame and hot bodies are the main sources of visible light.

Uses: Visible light is used in photography, in photosynthesis and to see the objects around us.

• They obey the laws of reflection and refraction. When a source of heat (an infrared lamp) is placed at the focus of a parabolic mirror, a parallel infrared beam is obtained.

• They are detected by their heating property using a thermopile or a blackened bulb thermometer. High doses of infrared radiations may cause skin burns.

• They are scattered in the atmosphere because of their long wavelengths and can even penetrate fog.

i. They are used for therapeutic purposes by doctors.

ii. They are used in photography at night and also in mist and fog because they are not scattered much, so they can penetrate appreciably through these.

iii. Infrared lamps are used in dark rooms for developing photographs because they do not affect photographic film chemically, but they provide some visibility.

iv. They are used as signals during war as they are not visible and they are not absorbed much in the medium.

v. They are used in the remote control of the television and other gadgets.

• These waves are produced by electronic devices such as a klystron tube.

Uses: They are used for satellite communication, for analysis of atomic and molecular structure, for cooking in microwave ovens and in radar communication.

• These waves have the longest wavelength among all the electromagnetic waves.

• They show all the properties of electromagnetic waves.

Uses: They are mainly used in radar communication and in radio and television transmission. 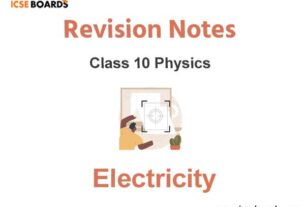 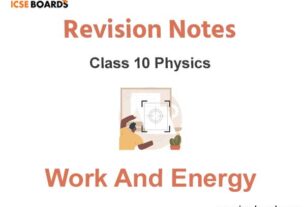 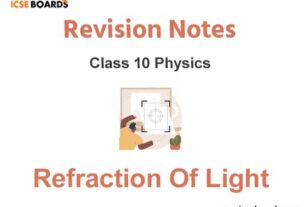